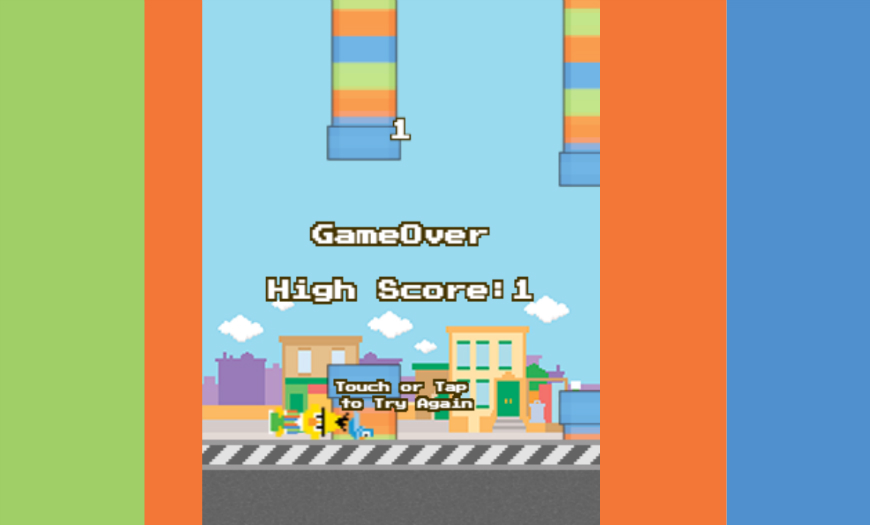 After the original Flappy Bird game was removed from the App Store and Google Play Store out of addictiveness-related guilt, a plethora of Flappy Bird copies and clones emerged, some safer to play than others. Further proof of the popularity of this simple, yet difficult to play, game is the fact that even Sesame Street has created its own Flappy Bird clone, ABC News reports, appropriately called Flappy Bert.

Unlike other clones, Flappy Bert is not a mobile app. Instead, it can be played in a browser, right on Sesame Street’s Workshop website. The game is also somewhat more difficult than other clones, as the flappy bird in this one also has to carry Bert around and through the obstacles.

If flying Bert through those pipes isn’t thrilling enough, players can also check out the Flappy Bird multiplayer game that supports up to 1,000 simultaneous gamers trying to fly their birds through the course. The game is also played in a web browser and has its own site, FlapMMO. An image showing the multiplayer Flappy Bird online clone follows below.