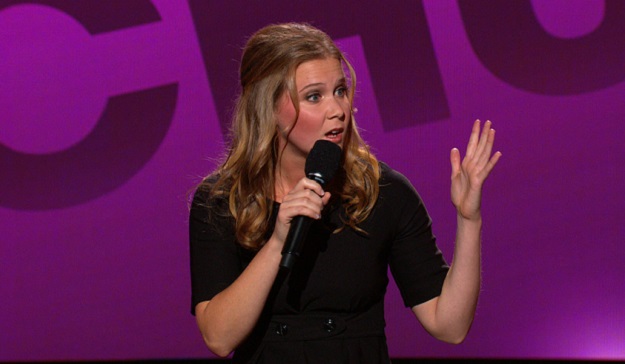 Amy Schumer is having a pretty amazing year, with 2015 finally being the year when the 34 year old comedian finally broke into the mainstream. For starters, her Comedy Central series Inside Amy Schumer continued to deliver memorable and laugh-out-loud funny sketches. Second, she starred in Trainwreck, a well-received movie that she wrote herself. And most recently, Schumer absolutely killed it on Saturday Night Live, prompting many to wishfully write that the show would be better off with her as a full-time cast member.

And to cap off an already incredible year, HBO this coming Saturday will air a stand-up special Schumer filmed at the famed Apollo Theater in New York. Directed by none other than Chris Rock, the special promises to be something you don’t want to miss. From the early previews we’ve seen, Schumer will be up to her old tricks, focusing on topics like relationships and the crazy, tumultuous world of life in Hollywood.

Now if you don’t have cable, Cut Cable Today provides us with two ways for viewers to catch Schumer do her thing this Saturday at 10.pm ET.

Up first, interested viewers can use Sling TV to get their laugh on.

Sling TV is a service from Dish Network that allows you to stream a nice selection of different cable television channels right to your computer or smart device, channels including HBO.

Featuring no contracts and no hidden fees, Sling TV is even offering new customers a seven day free trial, so there’s the easiest way to enjoy Amy Schumer’s HBO special streaming – without it costing you a dime!

All the better, the show will be available on demand immediately after it airs, so there’s no need to stress out about watching it live.

Another way to catch Schumer’s stand-up special is via HBO NOW, a standalone streaming service that HBO rolled out this past April.

“While HBO NOW doesn’t stream the channel live, it does add new content to its on-demand library at the same time it premieres live, so you’ll still be able to watch Amy Schumer: Live at the Apollo along with everyone else,” the report notes.

Though HBO NOW debuted as an Apple TV exclusive, the service has since rolled out to other devices such as Google’s Chromecast and Roku. The service costs $14.99/month but interested users can sign up for a free 30-day trial over here.