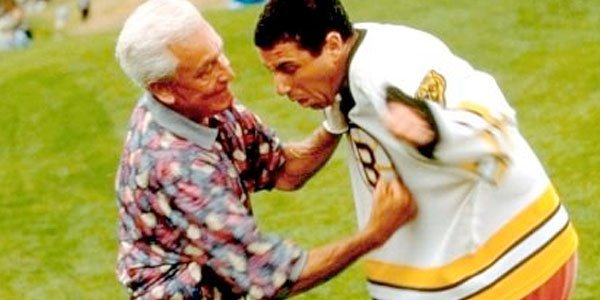 RELATED: Netflix is about to do the one thing movie studios dread

It makes sense that Netflix would cut a deal like this in the wake of the theaters teaming up against it because moviegoers turn out in droves for most of Sandler’s movies. That fact alone will cut into theaters’ profits and allow people to sit in their houses and stream all the movies when they want instead of putting on pants and heading out into the sunlight.

One guy in particular isn’t happy about this news:

The fact that Netflix’s big data told them to do this Sandler deal is both mysterious and depressing.

“When these fine people came to me with an offer to make four movies for them, I immediately said yes for one reason and one reason only….Netflix rhymes with Wet Chicks,” Sandler said in a statement. “Let the streaming begin!!!!”

WSJ has a preview of what sort of material we can expect to see in Sandler’s future films.

Sure, we may not all be fans of Sandler’s recent work, but since it’s on Netflix and streaming is so readily available, the chances are good that most of us will give the films a shot.