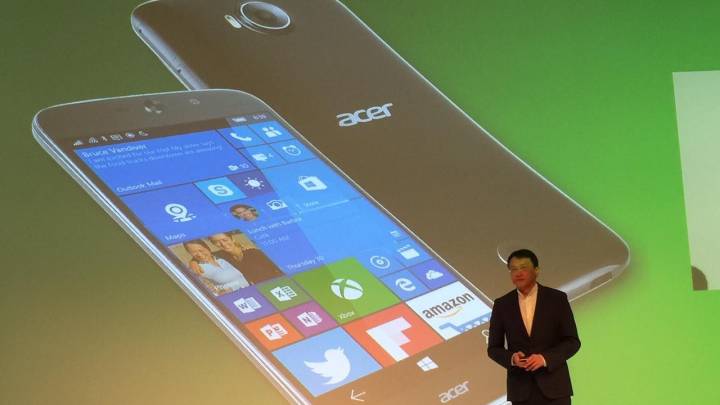 Next time you’re shopping for a portable Windows 10 computer remember this name: Acer Jade Primo. Announced at IFA 2015 in Berlin, Germany, the Jade Primo is the world’s first smartphone that can be turned into a full-fledged Windows 10 computer. Brilliant idea? Ridiculous idea? You be the judge…

The 5.5-inch Acer phablet isn’t just a next-gen smartphone ready to run Microsoft’s mobile version of Windows 10, Phone Arena reports. The device packs support for Microsoft’s Continuum feature, so it can be connected to a display in order to offer a desktop-like Windows 10 experience — complete with all the privacy concerns.

The Jade Prime comes with a special dock that makes it all happen, and the smartphone can be paired with a wireless mouse and keyboard. It is reportedly able to run Windows 10 universal apps, as well as x86-based apps that have been converted for devices that utilize ARM processors.

Pricing details and release timing aren’t available for the Jade Prime just yet.