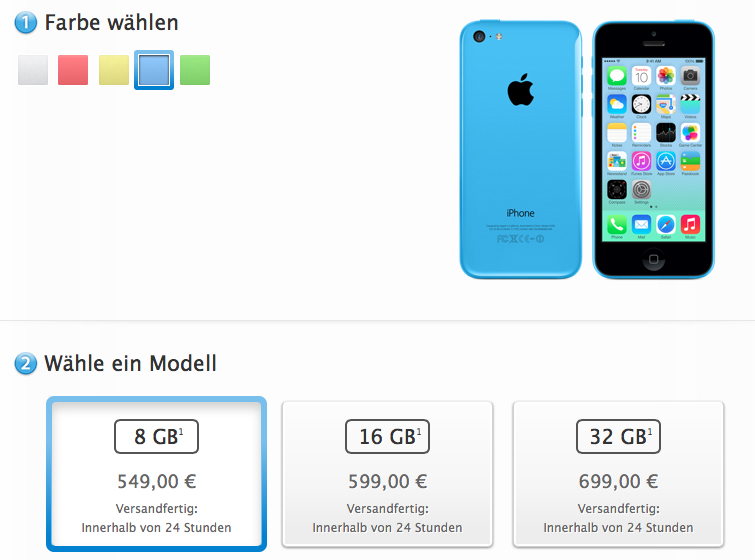 As previously rumored, Apple on Tuesday launched a cheaper iPhone 5c model in an attempt to make the colorful iPhone more appealing to the crowds. However, Apple did not make any fuss about the new model, quietly listing it in some of its online stores, with some carrier partners also offering it to their subscribers. The cheaper iPhone 5c model comes with less storage, and will be available in selected markets at first

U.S. or Canadian buyers won’t be able to pick an 8GB iPhone 5c from Apple or carriers – or at least not for the time being. Apple has launched the 8GB version of the phone in some European countries, listing the model only in some of its local online stores including the U.K., France and Germany. This phone version is also available in China and Australia.

The 8GB iPhone 5c will be even more affordable when purchased with new two-year contract deals from local carriers.