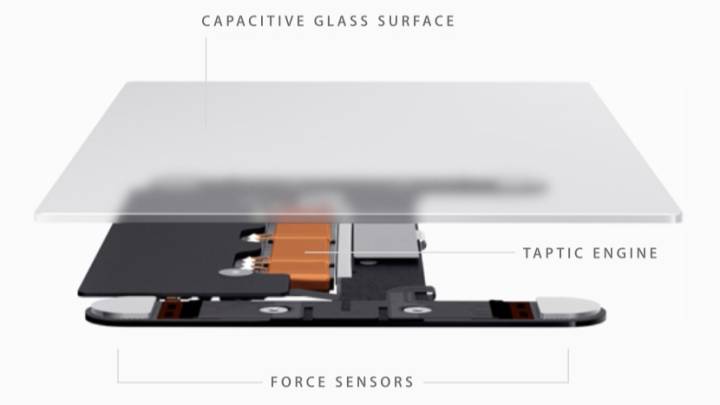 Apple’s gorgeous new MacBook wasn’t the only laptop-related announcement made during its Monday event, as the company also announced minor updates for the MacBook Air and MacBook Pro families. Of those, the MacBook Pro got a special feature that was first demoed on stage and isn’t available in any other Mac at this time — namely, the Force Touch trackpad.

Even though the MacBook isn’t available in stores yet, the 2015 MacBook Air and Pro versions can already be ordered, and we see that iFixit has already dismantled the new devices. Obviously, the more interesting teardown concerns the 13-inch MacBook Pro, which has the Force Touch trackpad on board.

Additionally, others have already posted detailed hands-on videos of the new 13-inch MacBook Pro model, including iCrackUriDevice, which took the device for a video-spin that closely looked at the new trackpad and its features.

In the following two videos, you can see both how to dismantle the new 13-inch Retina MacBook Pro model if you have to and get more details about the Force Touch trackpad’s functionality (starting at around the 5:30 minute mark in the second clip).