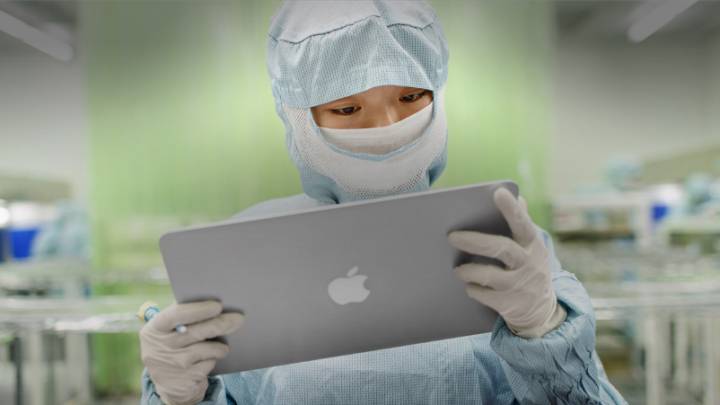 A plethora of 12.9-inch iPad Pro reports have hit the web in recent days, including reports that Apple has postponed the launch of the device in part because it’s working to fit the larger iPad with a full-sized USB port. That wouldn’t be the only new feature the larger iPad might offer, as Digitimes has learned more details about a different iPad component Apple plans to change — its display.

According to the publication’s sources, the company is currently seeking IGZO displays for the 12.9-inch iPad. IGZO, short for indium gallium zinc oxide, could be a very important display technology for the iPad Pro, as such screens can offer improved power efficiency. Improved power efficiency will be a must-have asset for a larger 12.9-inch display that would otherwise consume significantly more resources than the iPad Air and iPad mini’s screens.

This isn’t even the first time the company has been rumored to consider such displays for its products, as older reports have suggested that IGZO technology will be used for Apple’s first actual TV set. However, IGZO displays are also more expensive than the regular LCD screens that have been used so far in iPads.

Digitimes says that three companies including Sharp, LG Display and Samsung Display have sent samples to Apple, though Sharp is the favorite considering its progress with IGZO screens. LG is apparently in second place, as Apple wants to make sure it has access to enough supplies.

Apple is supposed to choose suppliers soon, and limited production is slated for around May, with mass-production supposedly beginning in July and August.

Sharp last year shipped an Android smartphone of its own that actually packs an IGZO display, the AQUOS Crystal that has an amazing 5-inch Full HD edge-to-edge display.