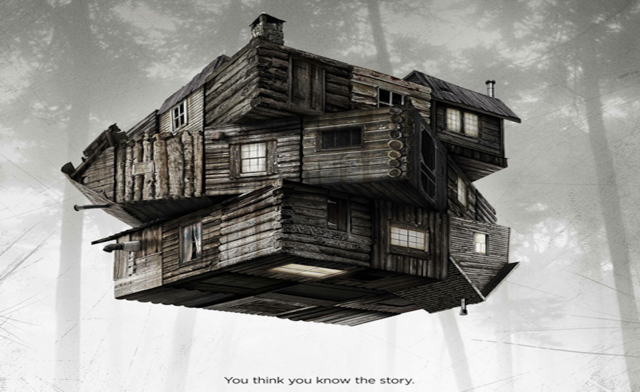 It’s that time of year again, folks. Halloween is upon us and we must wear costumes, eat sugary treats, and watch movies that give us nightmares. If you can’t find a movie scary enough for you on your television, leave it to us to round up the 10 best horror movies you can stream on Netflix this Halloween.

1. The Cabin in the Woods (2011) — Starring Kristen Connolly, Chris Hemsworth, Anna Hutchison, and Fran Kranz. Five friends arrive at a secluded cabin with clear rules for their retreat. But when protocol is broken, punishment is swift — and everyone will pay.

If you think you know what the movie is about, you’re completely wrong. Joss Whedon (The Avengers, Firefly) wrote the script and turns all the horror movie clichés upside down and inside out.

2. Let the Right One In (2008) — Starring Kåre Hedebrant and Lina Leandersson. A 12-year-old victim of bullies in a town plagued by murders spends his time plotting revenge — until he meets a misfit vampire who steals his heart.

A foreign language horror masterpiece — this movie will make you lock your front door and let no one in.

3. Evil Dead 2: Dead by Dawn (1987) — Starring Bruce Campbell and Sarah Berry. Stranded in a cabin in the woods, Ash and his girlfriend accidentally invoke a spell that causes the Evil Dead to rise and kill in this cult classic.

Nothing left to say about this cult classic other than “Groovy.”

4. The Host (2006) — Starring Kang-ho Song and Hie-bong Byeon. A mutant creature has developed from toxic chemical dumping. When the monster scoops up the granddaughter of a snack-bar owner, he races to save her.

5. Manhunter (1986) Starring William Petersen and Kim Greist. Using his uncanny ability to get inside psychopaths’ minds, former FBI agent Will Graham returns to action to hunt down a serial killer.

Manhunter was remade as Red Dragon in 2002, and used as the basis for the NBC series Hannibal. It also marks the first onscreen appearance by Hannibal Lecter played by actor Brian Cox.

6. Henry: Portrait of a Serial Killer (1986) — Starring Michael Rooker and Tracy Arnold. Henry’s heart is too hard for friendship to penetrate as the killer mentors dim-witted fellow killer Otis, and seeks the affections of Otis’s sister.

This film is really terrifying because what happen in it are based on a real person. If you’ve ever wanted to see what is going on with a human monster, this movie will give you his point of view.

7. Night of the Living Dead (1968) — Starring Duane Jones and Judith O’Dea. As dead bodies return to life and feast on humans, a woman joins a band of survivors in a farmhouse trying to save themselves from the zombie hordes.

Night of the Living Dead gave birth to the entire zombie genre during the 60’s. No list can be complete without this classic.

8. Carrie (1976) — Starring Sissy Spacek and Piper Laurie. An outcast teen with telekinetic ability lashes out with her deadly power when the high school “in crowd” torments her with a sick joke at the prom.

A movie that will remind you to be nice to everyone in high school.

Silence of the Lambs was so scary that Jodie Foster didn’t want anything to do with the sequel when she read where her character was going.

10. The Frighteners (1996) — Starring Michael J. Fox, Trini Alvarado, and Peter Dobson. This outlandish tale centers on shady psychic detective Frank Bannister, who uses his ability to communicate with the dead to boost his business.

Before director Peter Jackson headed to Middle-Earth, he was directing Michael J. Fox in this The Frighteners. When you stream it, you’ll notice how similar the ghosts are when compared to the ghosts in The Lord of the Rings trilogy.