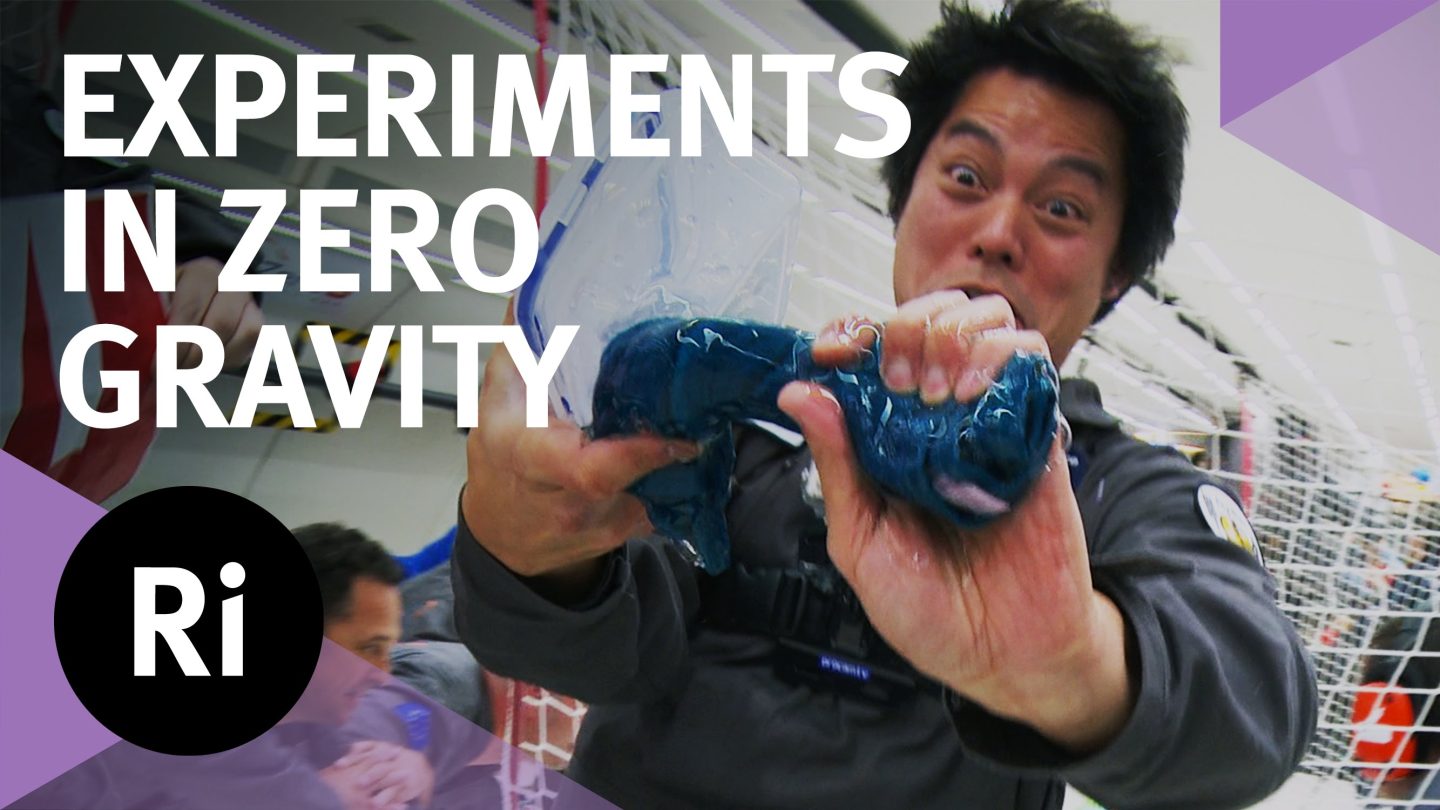 Every day from December 1st to December 25th, The Royal Institution of Great Britain is opening a new box on its virtual advent calendar and sharing an original piece of content. One of the best so far came last week, when Christmas Lecturer Kevin Fong boarded a parabolic flight to see the effects that weightlessness would have on water.

You might not recognize the name, but you’ve probably heard of a parabolic flight before, “which simulates microgravity by flying in steep peaks and troughs.” These flights are often used to prepare astronauts for low gravity situations, but in this case, the point of the journey was to simulate experiments that have been performed in space.

You can see the experiments in action in the video below:

The science behind the experiments isn’t especially complex, but even if you’re allergic to science after a bad high school or college experience, you can still appreciate the fascinating results.

Once you understand the experiments, you should watch the extended, 360-degree clip of the parabolic flight. It’s not quite as cool as taking one of these flights yourself, but it’s pretty much the next best thing. If you have a VR viewer, this would be the time to put it on. You can watch the 360-degree video below: