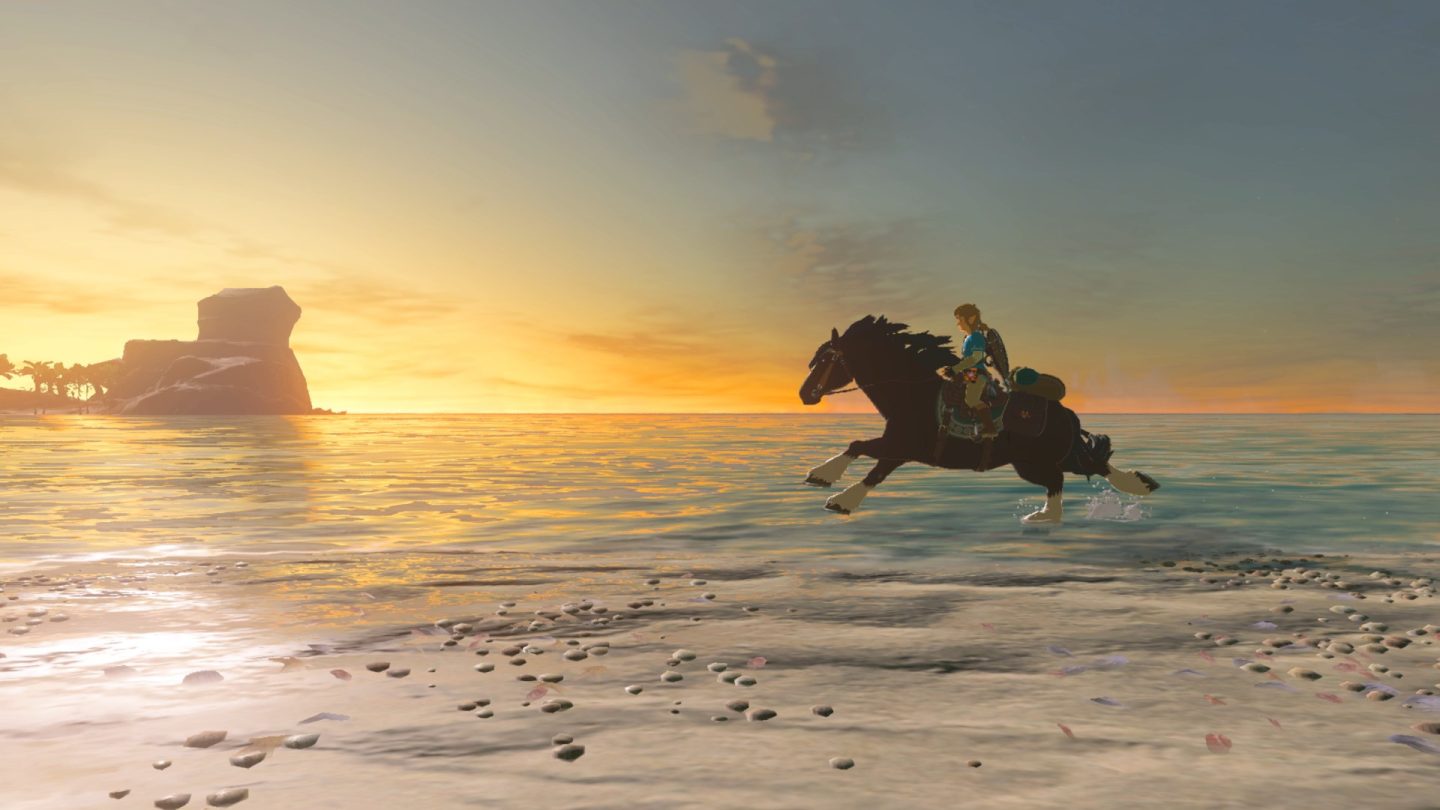 Breath of the Wild doesn’t feel like a Zelda game. At least, not at first.

After being woken up from an abnormally long slumber by a mysterious voice, Link is immediately set loose into a Hyrule that’s both larger and more threatening than any version of the fictional kingdom we’ve explored in the past. In the opening moments, there are no friendly faces to welcome you to the world or cutscenes to explain where you’ve been. There’s just an endless expanse ahead of you and an old man cooking apples down the path to your right. More than ever, Link is on his own.

That feeling of loneliness pervades the entirety of Breath of the Wild. Without spoiling any of the story beats, Hyrule isn’t what it used to be. An evil force has taken hold in the years since Link disappeared, and although the grass is green and the skies are blue, evil Bokoblins and Moblins roam the land as if they own it. 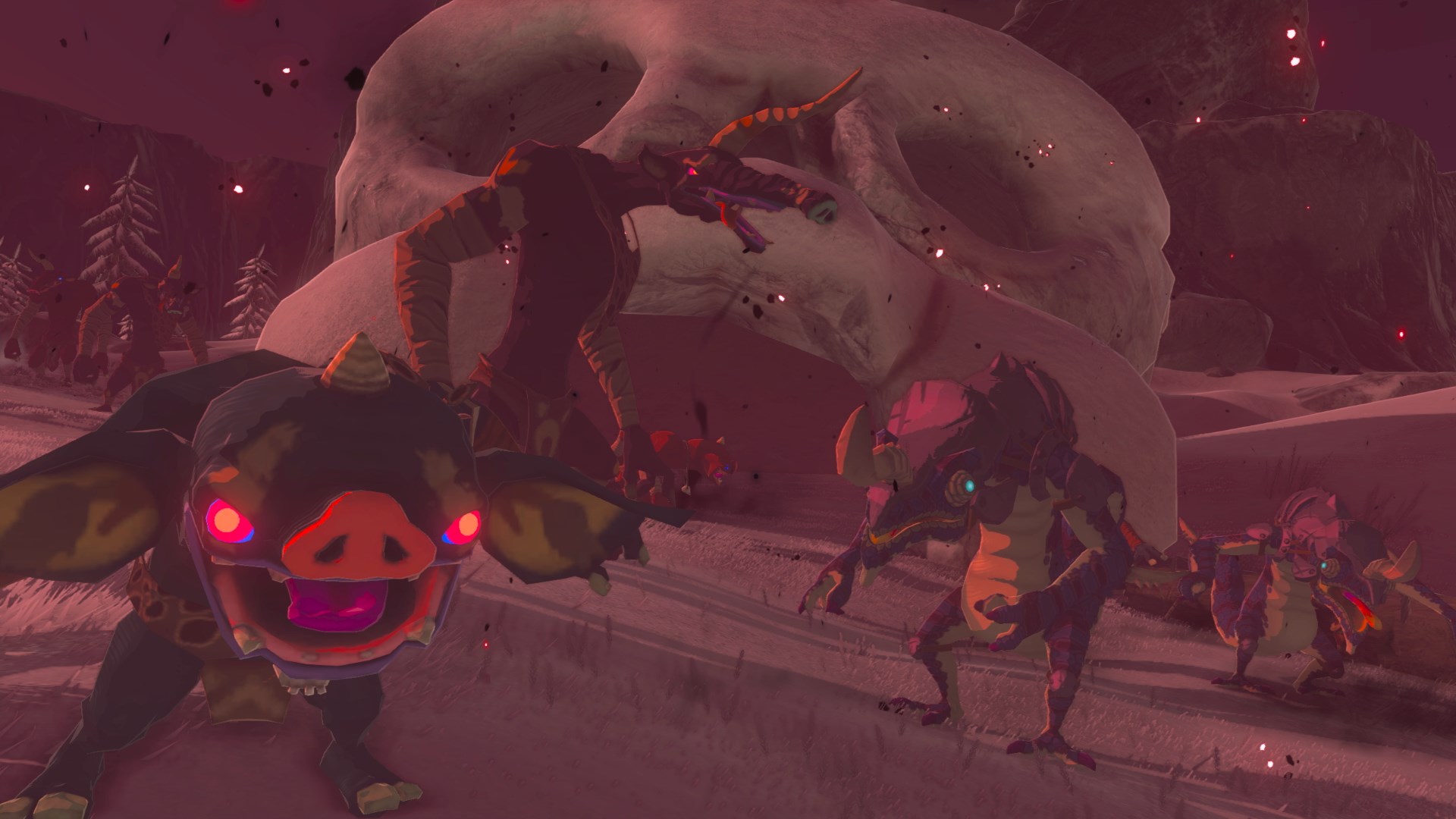 If Link is going to stand a chance in this dangerous new world, he’s going to need to adapt. And adapt he does. Many of the core mechanics of the Zelda series have been reworked or thrown out altogether in Breath of the Wild. Rather than battle his way through dungeons to collect better gear, Link finds weapons and shields scattered around the environment and loots them from his fallen foes. Also gone are the hearts that fluttered to the ground in previous games. If Link wants to gain health, he needs to eat food.

Speaking of food, cooking plays a surprisingly large role in Breath of the Wild. Mushrooms and critters and the remains of slain animals can be cooked up separately or together to make meals that will restore Link’s health and often give him temporary buffs or resistance to environmental hazards. For example, cooking raw meat with a spicy pepper will result in a spicy pepper steak that restores four hearts and grants 3 minutes of low-level cold resistance — a perfect meal to eat before climbing a chilly mountaintops.

So you’ve gathered a few weapons, you stole an enemy’s shield and you cooked up enough spicy pepper steak to last you the whole winter. You’re ready to explore Hyrule and face whatever comes your way. Until you aren’t. Because sooner or later, you’re going to end up somewhere you shouldn’t be. 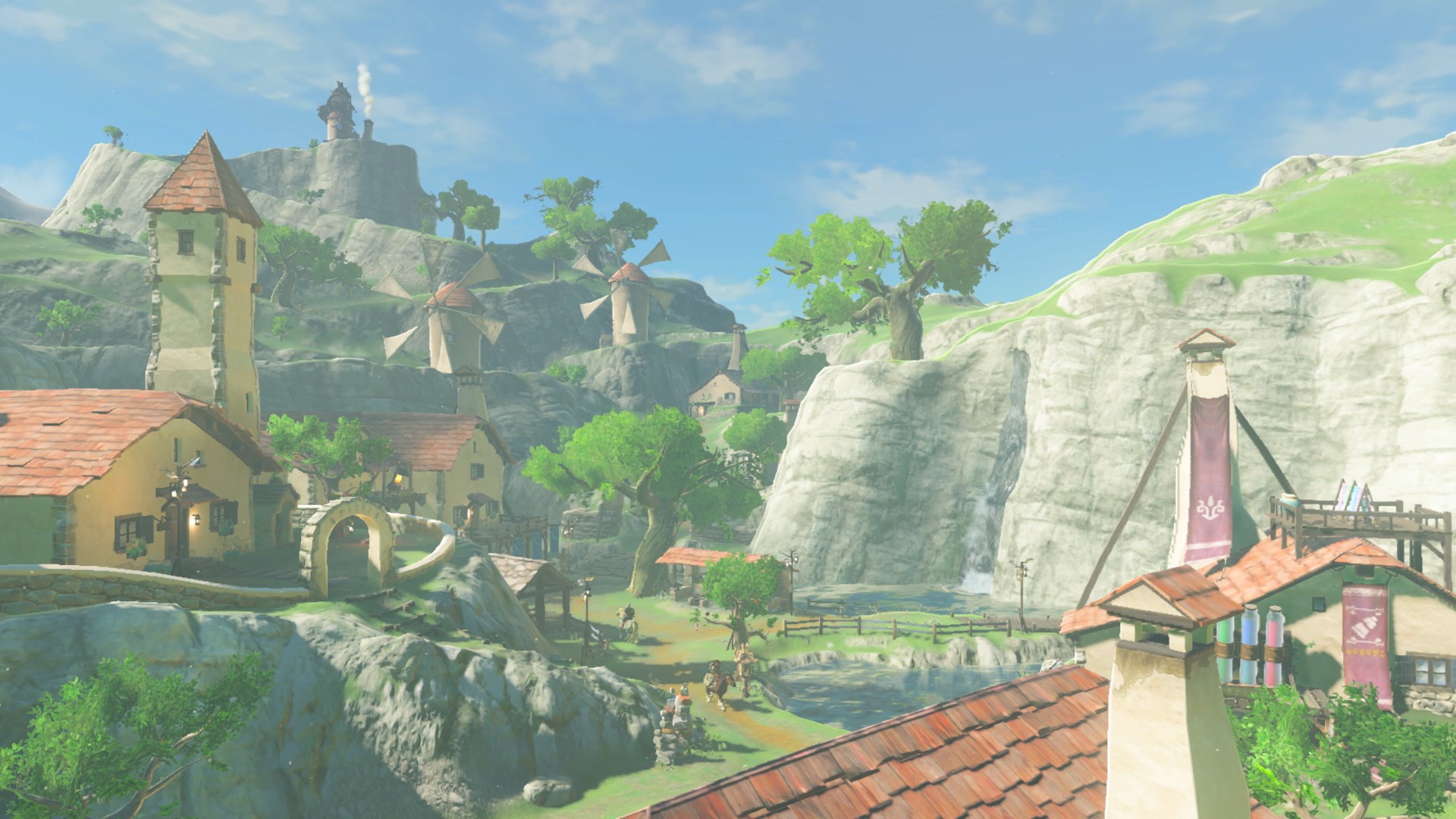 Following a relatively brief tutorial, the vast majority of Hyrule opens up to Link within an hour or two of his awakening. The further Link travels from the spot where he awoke, the more dangerous Hyrule becomes. A few hours in, I was working my way through every shrine I could find (shrines are basically mini-dungeons that require you to make use of the runes you acquire on your futuristic Skeikah Slate), and eventually wandered way off track. I ran into a pack of Bokoblins (the game’s most common enemy), but these had strange blue markings on their bodies. I took out one or two from long range with my bow, but one eventually got close enough to strike. With a single glancing blow, it killed me. All my hearts were gone in an instant.

Breath of the Wild is a genuinely challenging game on the whole, a surprising twist for not just an entry in a popular Nintendo franchise, but for a game that could easily make or break the Nintendo Switch. You will die and you will get lost. Frequently, if you aren’t careful. But in that way, Breath of the Wild feels more like a Zelda game than any other recent entry. It feels like the first true sequel to The Legend of Zelda on the NES. 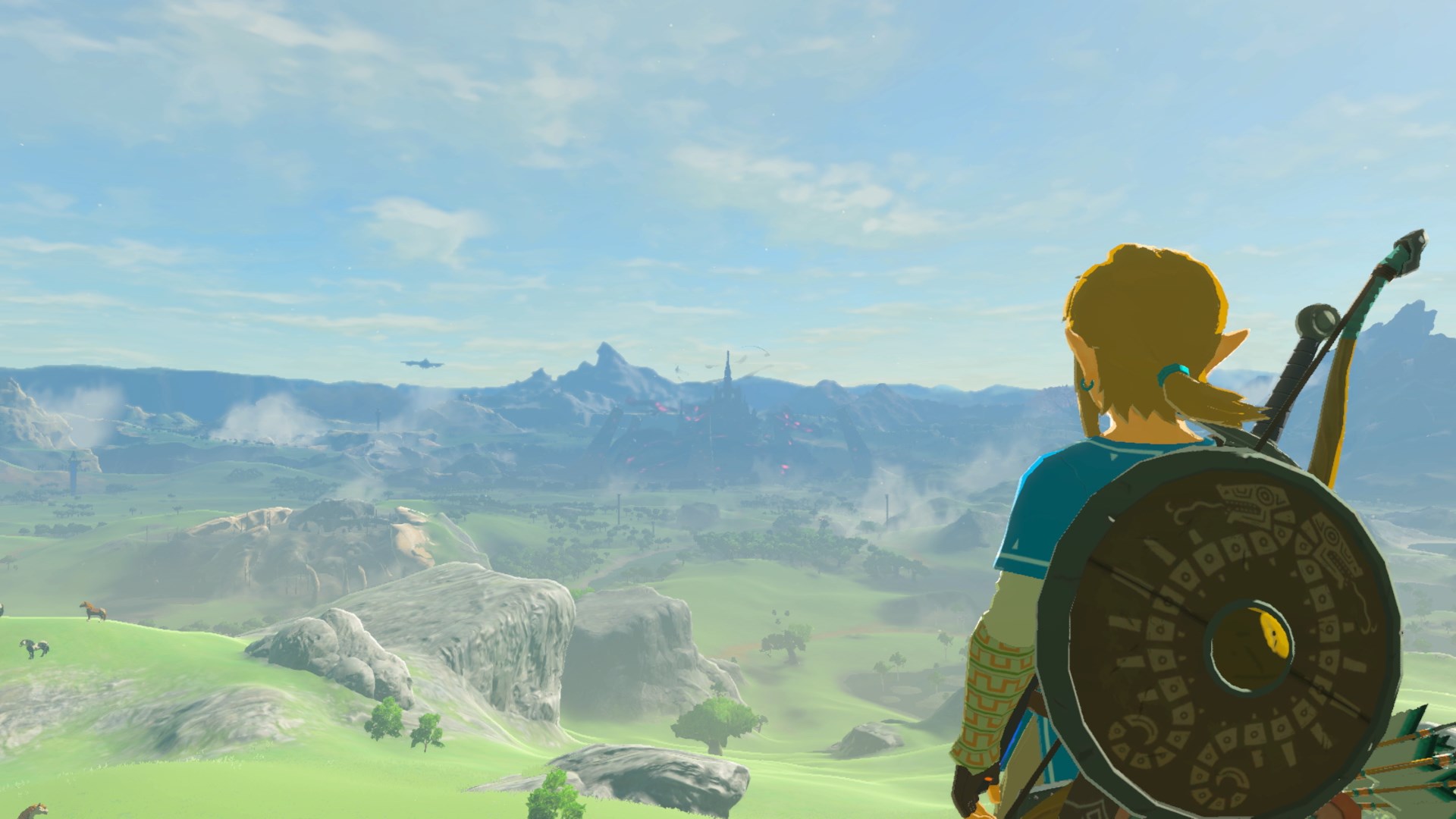 I’ll have plenty more to say about the new Zelda closer to launch, but I have to add that even several hours in, I still can’t get over the fact that I can just pick up my Switch and take Zelda with me. The remakes of Ocarina of Time and Majora’s Mask on the 3DS are impressive in their own right, but they simply don’t hold a candle to the first true open world Zelda. The game looks incredible on the Switch and doesn’t lose nearly as much fidelity as I expected it to when I remove it from the dock and play in portable mode.

Five hours in, I had barely scratched the surface of Nintendo’s most anticipated title in years. Several hours later (which I’m not allowed to discuss in this preview), I still feel like I’m at the outset of a grand adventure. I wish the launch lineup for the Switch was more interesting, but I have a feeling that Breath of the Wild is going to tide a great many Nintendo fans over for weeks and weeks to come.

The Legend of Zelda: Breath of the Wild launches alongside the Nintendo Switch on March 3rd.