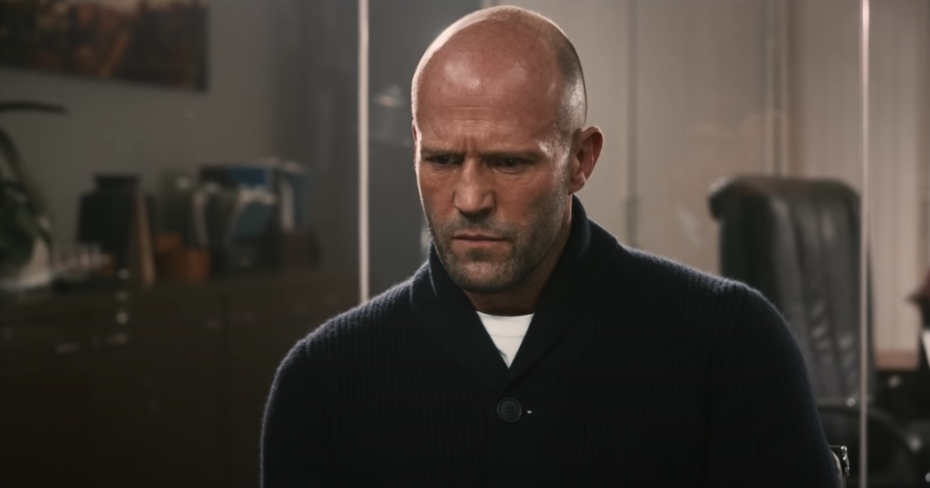 I’m not sure if you could classify Jason Statham as an A-lister, but there’s no denying the man is a bonafide movie star. The English actor first jumped on the radar for his role in the cult classic and Guy Ritchie-directed Lock, Stock and Two Smoking Barrels. Following that, Statham appeared in Snatch, another Ritchie production.

Over the next few years, Statham, with his signature bald head and five o’clock shadow look, became something of an action star. In 2002, he appeared in The Transporter, which would go on to become a trilogy. He also starred in Crank, a bizarre yet enjoyable film about a poisoned hitman who needs to keep his adrenaline above a certain level in order to stay alive. Crank is basically the movie Speed, albeit with a man replacing the bus. As a quick aside, since we’re already on the topic of movies, you’ll definitely want to check out Blood Red Sky on Netflix. It’s currently the #1 movie on Netflix and is a good watch.

So what’s with the random Jason Statham blurb today? Well, in light of Statham celebrating his 54th birthday this week, an interesting tidbit about Statham’s life before he entered the acting world surfaced online.

In something of a surprise, it turns out that Statham was actually a well-regarded competitive diver in his younger days. What’s more, Statham was so good that he was actually on the English national team and represented the country in the 1990 Commonwealth Games.

Video of Statham diving at the 1990 Commonwealth Games isn’t new, but it’s had a resurgence in light of his birthday and the ongoing 2021 Olympics. If you’re curious what Statham looked like with hair, and as a diver back in his younger days, you’ll definitely get a kick out of this 31-year old video.