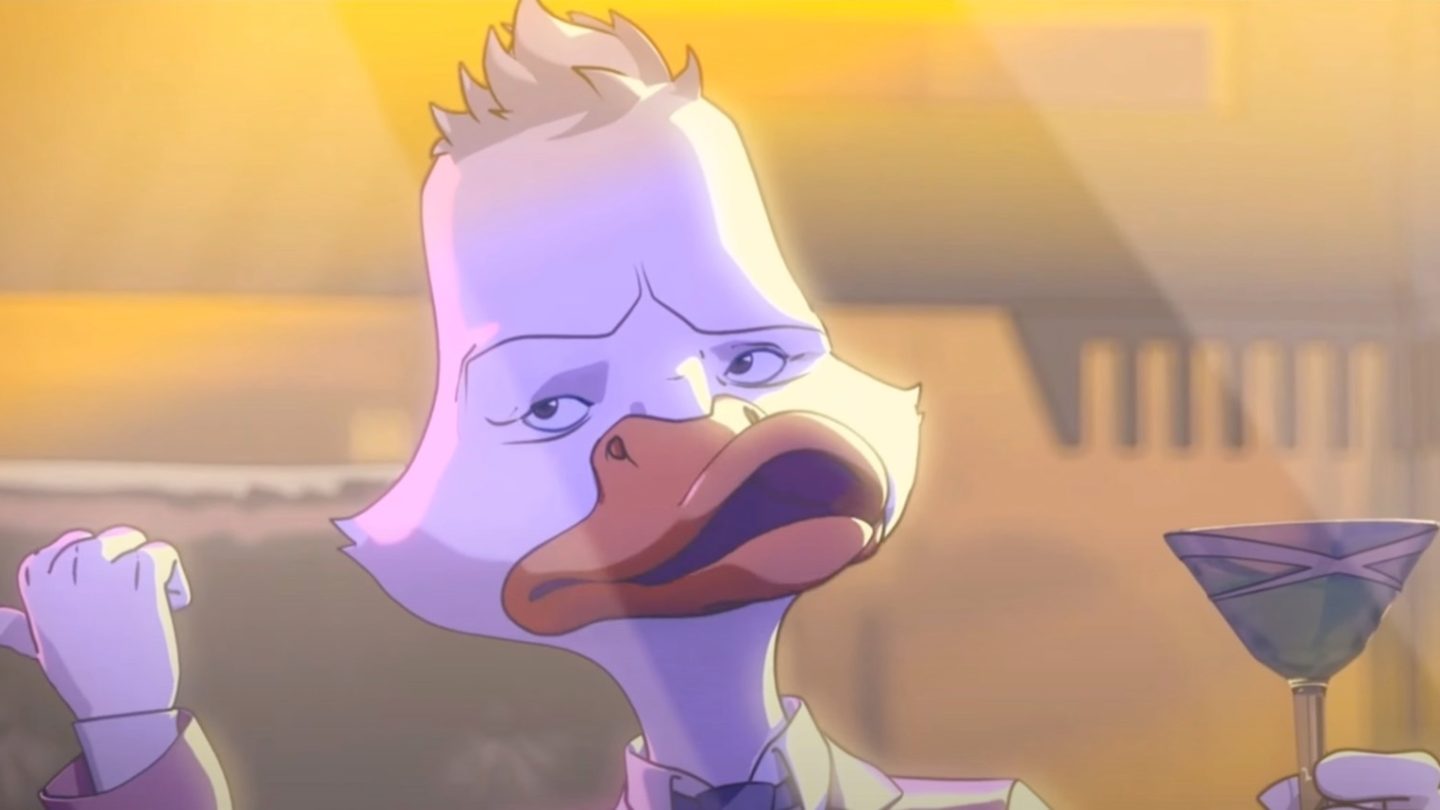 Howard the Duck is one of the big MCU cameos that we keep seeing all over the place in recent years. Yet we never got to spend any meaningful time with him until last year. That experience doesn’t necessarily count for the MCU though, as we saw Howard the Duck in What If…?. Things might change soon, however, if a new revelation is accurate. Howard the Duck will apparently cameo in She-Hulk, which means the peculiar character might finally see some real MCU action.

We’ll warn you that potential spoilers might follow below. But the news comes straight from Disney so we can’t really call it a spoiler.

We first saw Howard the Duck in the Guardians of the Galaxy. He’s one of The Collector’s prized possessions, serving mostly as the type of MCU Easter egg that fans of the comics will appreciate.

The best Howard the Duck cameo came years later in a blink-and-you-missed-it Avengers: Endgame scene. That’s right; the duck came to Earth to fight Thanos. He dropped through those portals alongside the Ravagers. But his cameo is so short that we have no idea what he was up to during the battle. We know he had a gun of his own, so the duck meant business.

The Howard the Duck got a lot more screen time in What If…?, where we saw the animated version of the character. And Howard even got some lines in the multiverse adventure. We also saw him with a variant of Darcy (Kat Dennings).

Howard the Duck in She-Hulk

That’s what makes the Howard the Duck cameo in She-Hulk all the more surprising. We have absolutely no idea what the duck has been up to or why he’d want to stay on the planet in the events that followed Endgame. Or will a different She-Hulk character travel to space to meet Howard the Duck?

It’s too early to answer these questions. But the surprise She-Hulk cameo is apparently confirmed.

Per The Direct, the clipping above comes from Picsou Magazine, which is an officially licensed Disney magazine that appears in France. Here’s a rough translation of the image above:

A webbed future? Howard the Duck seems to be part of Marvel’s plans again: in the What If…? series, he got married to Darcy Lewis…Does the duck, elected in 2009 as one of the strangest characters in the Marvel team by Time magazine, have a promising bright future? In any case, the She-Hulk series, which lands this year on Disney +, could reserve some ‘what the duck; surprises! This should delight lovers of this turbulent duck, determined to do as he pleases.

Seth Green has voiced all Howard the Duck versions so far, so we’d expect him to continue to play the character in the MCU. That includes this surprising She-Hulk cameo.

As for Howard’s purpose in She-Hulk, The Direct explains that the duck and She-Hulk actually work together in the comics. Will the MCU’s Jennifer Walters (Tatiana Maslany) pair with Howard in the upcoming Disney Plus sitcom to solve cases?

We’ll have to wait to find out. The TV show should hit Disney Plus later this year, although we don’t have an official release date quite yet.