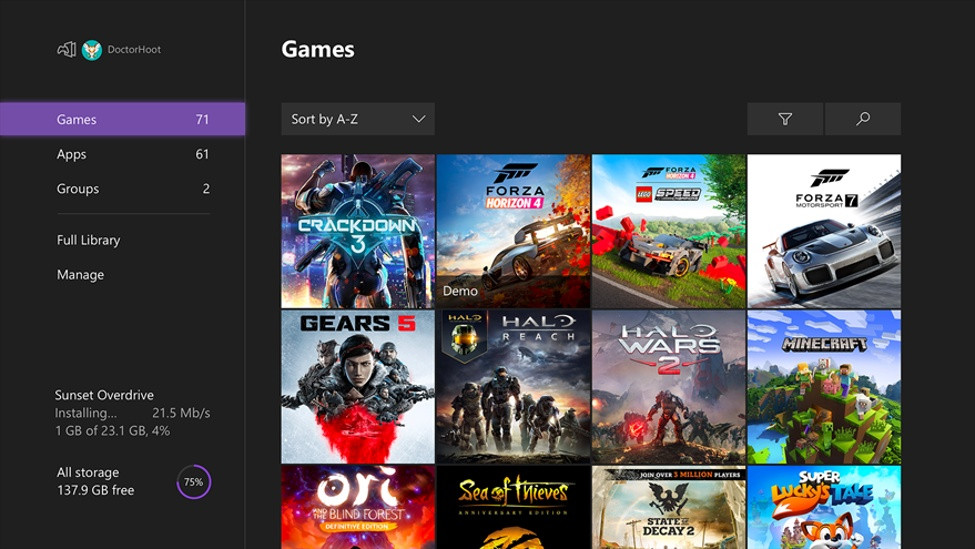 When Microsoft shared new details about the Xbox Series X earlier this week, the focus was understandably on the specifications and the hardware. With a 12 teraflop GPU, the new Xbox will be twice as powerful as the Xbox One X, and that’s to say nothing of the custom CPU, the lightning-fast SSD, the Variable Rate Shading (VRS) to improve the quality of each scene, and hardware-accelerated DirectX Raytracing.

But I was just as intrigued by the new features as I was the upgraded hardware, which is why I wrote an entire article about Smart Delivery. It turns out that Microsoft had one last feature to reveal, though. Speaking with Jason Ronald, Partner Director of Program Management, Xbox Live’s “Major Nelson” (Larry Hyrb) explained just how much more powerful the quick resume feature will be on Xbox Series X than it was on Xbox One.

First, here’s Ronald with a longer explanation of the feature that Phil Spencer talked about in Monday’s blog post:

So we actually incubated some of this technology with the existing Xbox One. Today, [on Xbox One] you can actually quick resume the last game that you were playing, but with Xbox Series X, we are actually able to do that for multiple titles, and we’ve basically taken this to the next level of capability, and this is really powered by our custom-built SSD that’s a part of the Xbox Series X, which actually allows us to have multiple games saved at any one time. And then I can instantly jump between them and resume where I was when I left off.

But then Hyrb chimed in, apologizing to his boss before sharing a yet-to-be-announced detail about quick resume: “One of the things I was noticing when I was in the lab was, I was playing it, I was switching back and forth quickly and seamlessly between games… but then I had to reboot because I had a system update, and I went back to the game [and was able to pick up where I left off]. So it survives a reboot.”

I can’t actually remember the last time I turned my Xbox One or PlayStation 4 completely off rather than just putting them to sleep, but the fact that I could have multiple games suspended on my Xbox Series X at once and never have to worry about losing progress in any of them, even if I have to update my console or want to turn the power off when I’m going out of town for a week, is an awesome addition I will take advantage of.

There is still much to be revealed when it comes to the Xbox Series X (we still haven’t even seen a game running on the console yet), but here’s hoping details continue to trickle out in the lead up to E3 2020.