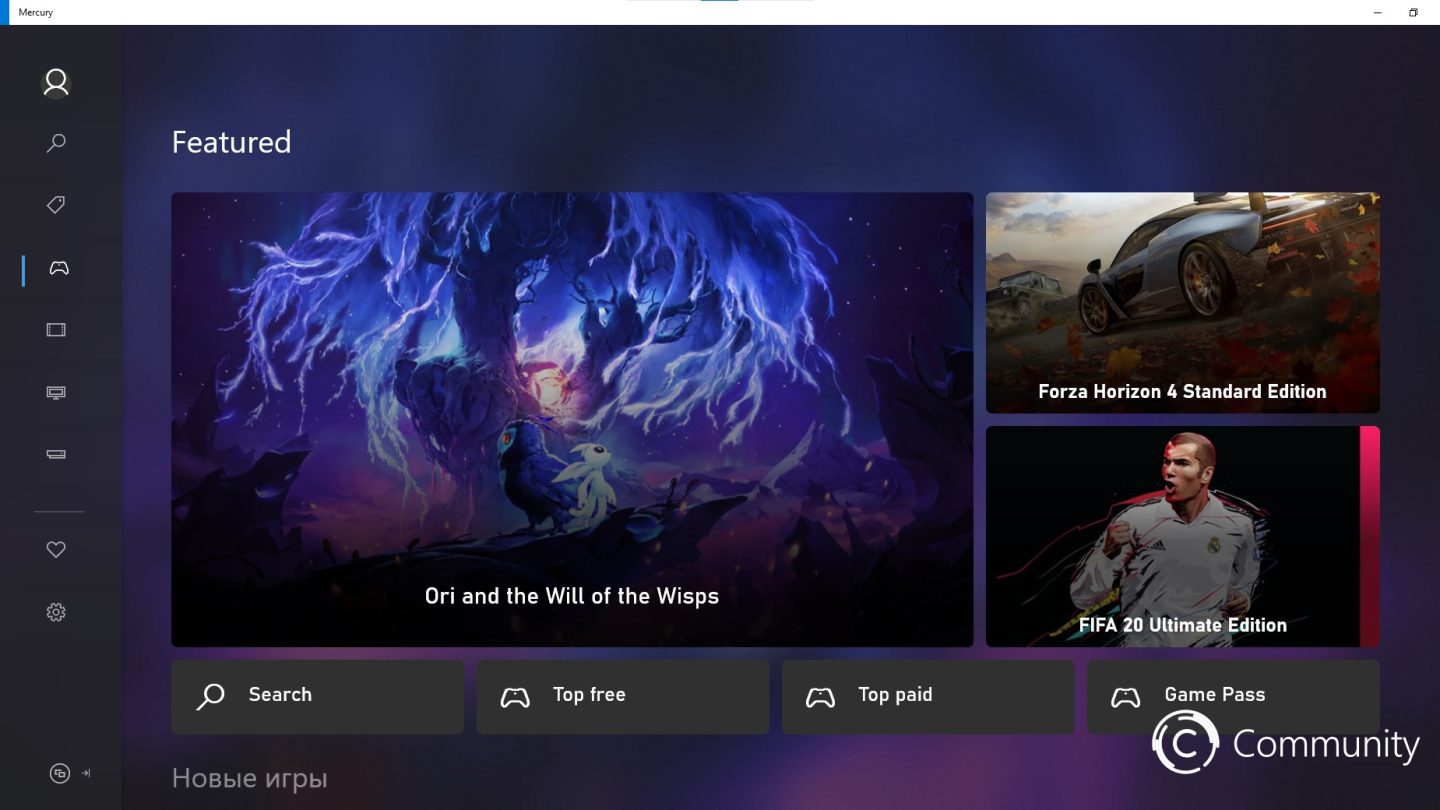 In early May, Microsoft announced that it would be hosting monthly digital events in anticipation of the launch of the Xbox Series X under the banner “Xbox 20/20.” The first event was an Inside Xbox presentation that featured several game reveals from smaller studios, as well as the first trailer for Assassin’s Creed Valhalla. Another event is rumored to be set for the second week of June. In the meantime, a brand new leak should help tide us over.

Earlier this week, @WinCommunity on Twitter shared leaked screenshots of the redesigned Xbox Store, codenamed Mercury. Though it isn’t a hugely dramatic overhaul, the design language has clearly changed. From front to back, the new store is much cleaner than the one you’ll find on the Xbox One today, with a simplified, slick menu bar on the left side on the screen and large, clickable elements nearly arranged on the screen.

The screenshots are said to come from an Xbox app running on Windows 10, not a Windows app, which means that there is a reasonable chance we’re getting an early look at the Xbox Series X store.

Not long after the screenshots were posted on Twitter, Thurrott and Windows Central got their hands on the prototype app and took it for a test drive. As Windows Central’s Jez Corden points out, the Fluent Design System that Microsoft unveiled in 2017 has clearly influenced the design of the new Xbox Store. It features a bolder font, rounded edges on the interactive elements, and smooth animations that play as you click and scroll.

It’s also worth noting that despite still being in development, the app appears to be actively syncing with the Microsoft Store, as all of the games featured on the home page and within the curated menus of the app are up to date and can be purchased in Mercury. All of the defining elements of the current Xbox Store are intact as well, including reviews, filters, trailers, screenshots, and the underlying database information for each piece of software.

As Corden explains, the leak came from the Xbox Alpha Ring test program, which means that public beta testers will likely be given the opportunity to play around with Mercury themselves in the near future. If this is indeed the future of the Xbox Store on Xbox consoles, we may see a live demo from Microsoft at one of the upcoming Xbox 20/20 events. After all, people want to know what it’s like to actually use the next-gen console.