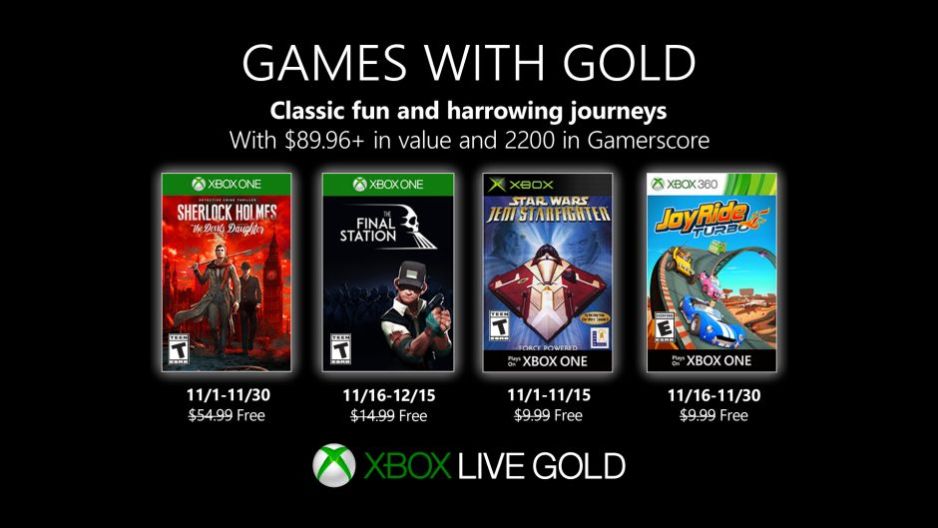 Microsoft has announced the slate of free Xbox One and Xbox 360 games that will be freely available to all Xbox Live Gold subscribers in November, and it’s not much better than October’s. These posts are supposed to be informational rather than opinionated, but when looking at what Microsoft has been offering lately versus Sony’s free games for PS Plus subscribers, it’s impossible not to see the massive gulf between the two.

That said, Star Wars: Jedi Starfighter is a fun Xbox game, and although I’ve never played it, The Final Station looks like a fascinating indie title and will definitely be added to my library when it goes free.

You’ll save over $89 if you pick up all four games, and can add up to 2200 points to your gamerscore. Also, keep in mind that each of the Xbox 360 titles are backward compatible with the Xbox One, so even if you don’t have an Xbox 360 on hand, you can still download all four games listed above. And as always, some of last month’s free games are still available if you hurry, so be sure to download them before they go back to being paid.