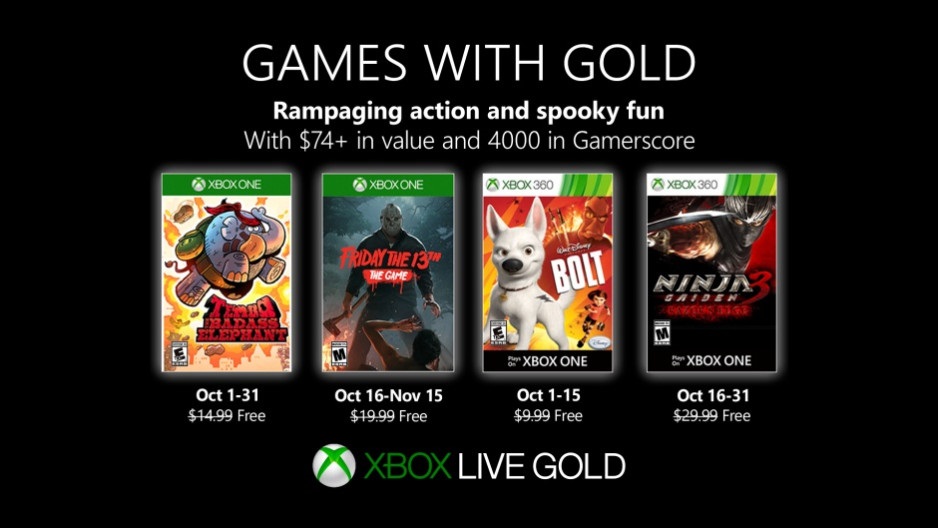 Sony has been on an absolute tear when it comes to free games for PlayStation Plus subscribers in recent months, but Microsoft is trending in the other direction. The one title you totally have to grab this month is Friday the 13th: The Game, which is one of the most thrilling online multiplayer games of the past few years. Tembo the Badass Elephant also got good reviews, and it’s from the same developer that made Pokemon, believe it or not.

The Xbox 360 freebies include a movie tie-in game and a port of a Wii U game. But if you want to play the last entry in the main Ninja Gaiden series, you may as well pick up Razor’s Edge while it’s free.

You’ll save over $74 if you pick up all four games, and can add up to 4000 points to your gamerscore. Also, keep in mind that each of the Xbox 360 titles are backward compatible with the Xbox One, so even if you don’t have an Xbox 360 on hand, you can still download all four games listed above. And as always, some of last month’s free games are still available if you hurry, so be sure to download them before they go back to being paid.