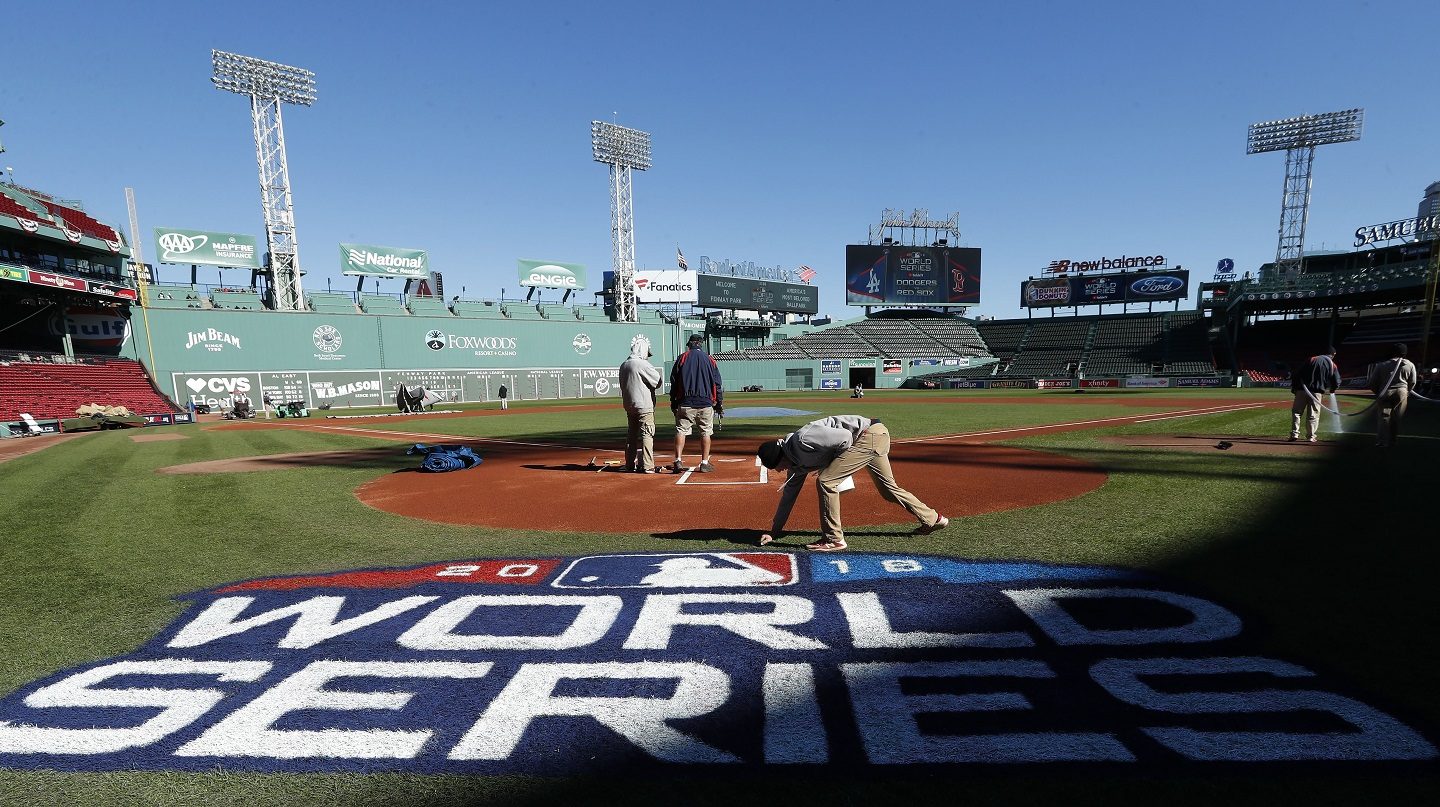 It was a tale of two leagues in the 2018 MLB regular season. Over in the American League, the Red Sox couldn’t be stopped, destined to trample everything in their path on the way to a postseason berth. The National League, on the other hand, was up for grabs until the final game of the National League Championship Series.

But over 162 games later and with perhaps more drama than they expected, the Los Angeles Dodgers came out on top in the National League once again, with yet another opportunity to topple an American League giant that won over 100 games in the regular season. The action begins tonight in Game 1 of the 2018 World Series, broadcast on Fox in Boston from Fenway Park, where the Red Sox have home field advantage, at 8:09 PM ET.

Just as he did this time a year ago, Clayton Kershaw will open the World Series, facing off against Red Sox ace Chris Sale. Kershaw’s last three starts have been something of a roller coaster, as he sandwiched a terrible 5-run, 3-inning outing against the Brewers in Game 1 of the NLCS between two absolute gems. But his most recent outing was one of his most memorable, as he closed out Game 7 to take the Dodgers back to the World Series.

There are countless other story lines worth following (as there are every year), including the fact that Chris Sale hasn’t pitched in ten days and that the teams didn’t face each other even once this season. But the one question on everyone’s mind is whether or not the Dodgers will be able to do anything to stop Boston.

If you have cable and want to watch on TV, just tune into Fox at 8:09 PM ET tonight. If you are looking for alternate options, virtually every live TV streaming service includes Fox in its lineup of channels. You’ll just have to make sure that the service you choose allows you to stream locally in your market.

Some of the services with free trials of a week or more include YouTube TV, DirecTV Now, PlayStation Vue, Hulu Live TV, Sling TV and FuboTV. You can also pay $24.99 for a postseason package from MLB.TV, but you’ll be required to authenticate with your pay TV provider, so that might not do you much good.