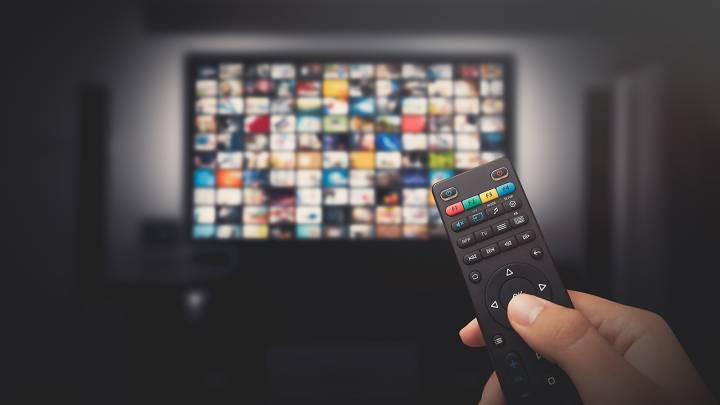 There’s something very interesting to note about the latest roundup of the most hotly anticipated new and returning shows coming in June 2020. While it’s perfectly normal to see streaming services and premium cable channels dominate the list each month, this is the first time we can recall where not a single one of the five most hotly anticipated new shows and the five most eagerly awaited returning series set to premiere in a month will be on network television or a standard cable channel. The top three streaming services are all accounted for — that’s Netflix, Hulu, and Amazon Prime Video — and you’ll find not one but two shows set to debut in June on HBO. There isn’t a single new or returning show airing next month on network TV though, and standard cable networks are nowhere to be found either.

What’s so special about the shows coming to big streaming services and HBO next month that they outshine anything and everything coming to network TV and basic cable? Let’s take a look.

BGR readers should be plenty familiar with TV Time by now. If you don’t recognize the name, it’s an iPhone and Android app that lets people track the shows they’re watching on TV and streaming services. More than 14 million people use the app, and the developers behind TV aggregate and anonymize their data to let us know which shows are the most popular.

In addition to sharing lists of the most popular shows each week, TV Time also shares a list at the end of each month that showcases the new and returning series that people are looking forward to most in the month to come. The “anticipation report” for June 2020 was just released, and it’s a terrific tool to help you plan your viewing next month.

When it comes to new shows, there’s a very diverse selection in the top-5 next month, both when it comes to platforms and content. Hulu’s new show Love, Victor comes in at #1 and HBO’s Perry Mason reboot starring Matthew Rhys and Tatiana Maslany is #2. The Italian fantasy show Curon on Netflix is #3 on the list, and it’s the only Netflix show to crack the top-5. Alex Rider on Amazon Prime Video is #4, and HBO’s I May Destroy You is #5.

Netflix might not have had the best showing in June when it comes to new shows, but the nation’s top streaming platform swept the top-5 when it comes to existing series that are set to return with new seasons. 13 Reasons Why is at the top of the list of course, and the fourth season that’s set to premiere next month will be the show’s final season. Dark comes in at #2 and a new season of The Order is #3. Last year’s breakout hit The Politician returns in June 2020 for season 2, and it’s #4 on TV Time’s list. Finally, F is for Family closes out the list at #5.