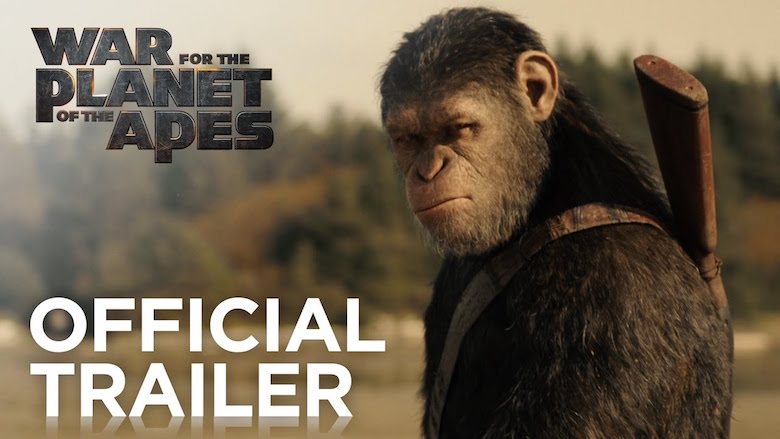 Reboots of classic movies don’t have the best track record (see: Alice in Wonderland, Godzilla, The Karate Kid), but the Planet of the Apes reboot series from 20th Century Fox has been a pleasant surprise. Rise of the Planet of the Apes was both a critical and a commercial success, giving Fox the confidence to invest in a sequel, which ended up grossing over $700 million at the box office.

Here’s the synopsis for the upcoming movie:

“In War for the Planet of the Apes, the third chapter of the critically acclaimed blockbuster franchise, Caesar and his apes are forced into a deadly conflict with an army of humans led by a ruthless Colonel. After the apes suffer unimaginable losses, Caesar wrestles with his darker instincts and begins his own mythic quest to avenge his kind. As the journey finally brings them face to face, Caesar and the Colonel are pitted against each other in an epic battle that will determine the fate of both their species and the future of the planet.”

It might sound like a conclusion of sorts, but Reeves has said in interviews that he “absolutely” has ideas about where the story will go in future installments.

fox trailers War for the Planet of the Apes