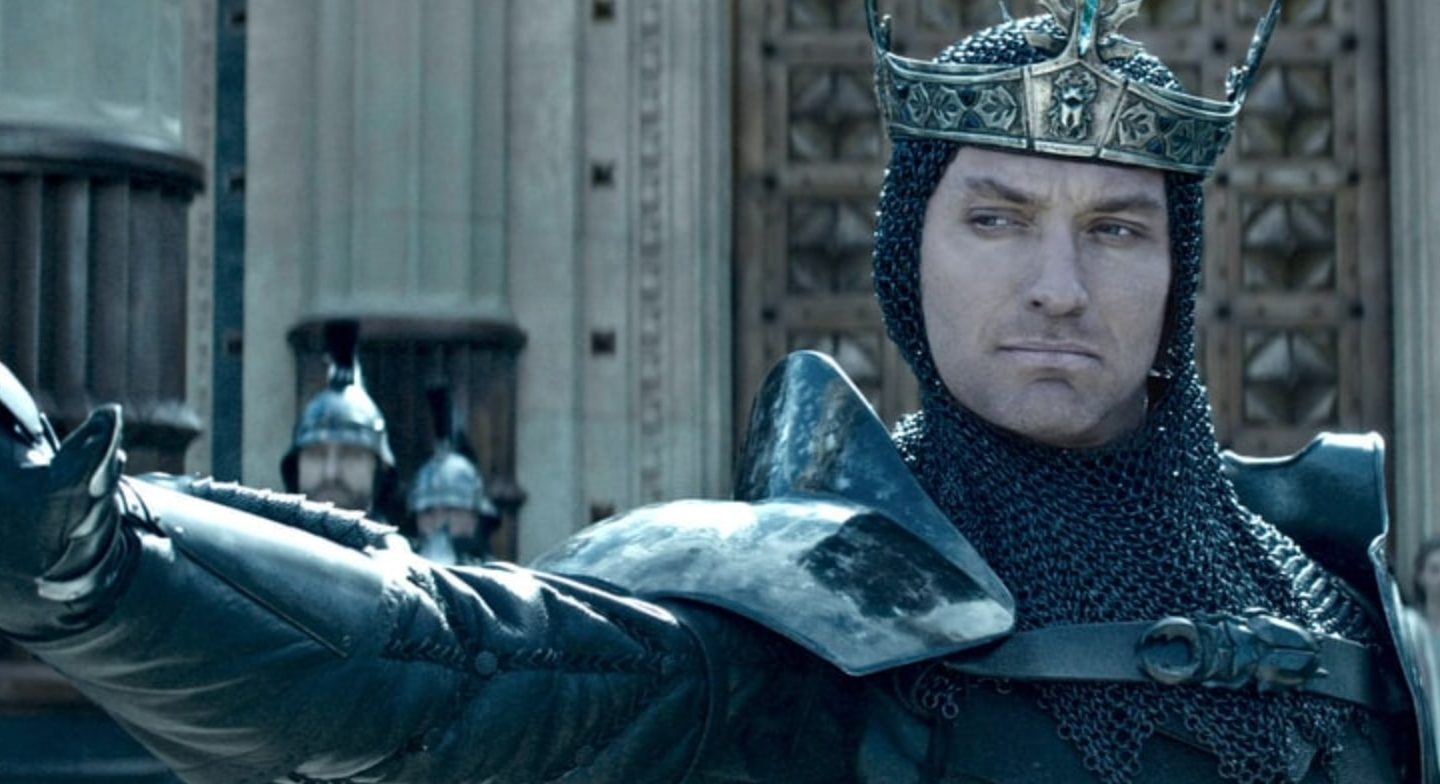 Of all the movies available to watch on Netflix right now, the #1 movie on the streaming platform (at least in the US) is a four-year-old movie starring Jude Law and Charlie Hunnam about the Arthurian legend. Yes, strange as it might sound, considering there’s been years’ worth of new releases since then — 2017’s King Arthur, which flopped at the box office? It’s shot to the pinnacle of Netflix’s Top 10 movie chart.

Critics hated it. Almost nobody went to see it. So why has it blown up on Netflix? We’ve got all the details about this film, directed by Guy Ritchie, below.

And now, a very important clip of Charlie Hunnam in King Arthur: Legend Of The Sword. Now on Netflix pic.twitter.com/8177yQathS

Hunnam has the title role in this retelling of the King Arthur story. He plays the iconic king in a story that hits all the familiar notes, like the Excalibur saga. From Warner Bros.’ summary of the film: “When the child Arthur’s father is murdered, Vortigern (Jude Law), Arthur’s uncle, seizes the crown.

“Robbed of his birthright and with no idea who he truly is, Arthur comes up the hard way in the back alleys of the city. But once he pulls the sword from the stone, his life is turned upside down and he is forced to acknowledge his true legacy … whether he likes it or not.”

Reaction from critics and audiences

Over at Rotten Tomatoes, the film currently has a pretty awful 31% score with critics, based on 275 reviews. Those include this lament from Ars Technica: “Even the fight scenes are dull, shrouded in dust, and janky with slo-mo. Honestly, the sword-wielding situation was so meh that I found myself obsessing over the few little things that hadn’t been blobbed up by CGI.” The headline of that piece, by the way, is even more biting, complaining that the movie “is bad in ways I didn’t realize movies could be bad.”

Audiences, however, seem to have a much better opinion of the film. King Arthur’s Rotten Tomatoes audience score sits at 69%, based on 25,000 ratings.

Of course, this October addition to Netflix’s library of content was far from the most highly anticipated for the month. Other big releases this month on Netflix — that aren’t years old — include Army of Thieves, as well as new seasons of Locke & Key and You. The latter of which quickly took over the #1 spot on Netflix from Squid Game as soon as it debuted.

As far as what’s coming next, check out our comprehensive rundown of all the shows and movies coming soon to Netflix starting next week, with the arrival of November. Subscribers definitely have a busy month in store. How busy? On November 1 alone, a whopping 30 different movies and series are hitting the streamer.