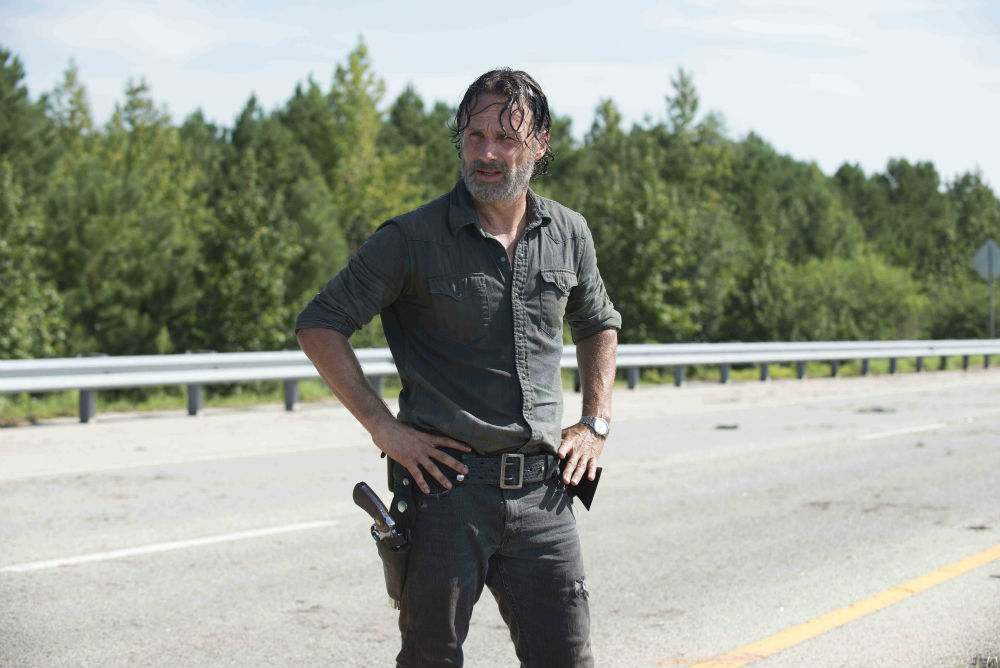 It’s been a long, confusing, and oftentimes disappointing season 7 of The Walking Dead, but it’s almost over. The season finale is nearly upon us, which means we have a week to speculate on what’s going to happen next. Hopefully, AMC will offer us a great ending this year, and leave out any annoying cliffhangers. Next Sunday you can also expect an extended episode, and now is your last chance to avoid any spoilers.

Just like every week, we’ve got two Walking Dead videos for you this morning, including the first trailer and a sneak peek clip, and they’re chock full of details. We can clearly see that both sides are getting ready for a fight. Will they actually go to war this episode? That’s hard to tell. But Negan is aware that something is brewing, and he wants Sasha to help with the “peace” talks.

The folks in Alexandria, meanwhile, are manning the wall but seem shocked when they see who’s coming to town — Rosita in particular. Is Sasha leading the Saviors coming to Alexandria? We’ll have to wait for that answer.

Elsewhere in the trailer, Dwight has turned, but not in the way some of you may want him to turn. He’s still alive and well, but he’s saved by Rick and Daryl. Apparently, Dwight wants Negan dead and he’s ready to slow the Saviors down to do that.

How is it that Rick is both in Alexandria and inside the Saviors’ compound? That’s not another question for next week’s The First Day of the Rest of Your Life episode, assuming you’ve already seen episode 15. By the way, even the synopsis suggests that something big is about to happen. “The stakes continue to grow higher as paths cross,” AMC explains. “The group enacts an intricate plan.”

Finally, we have King Ezekiel convincing Morgan to join the fight. Carol’s on AK duty, which suggests she’s back to being Carol. Oh, and the King is pretty serious about his Kingdom, with his battle flags at the ready. Check out the videos yourself: