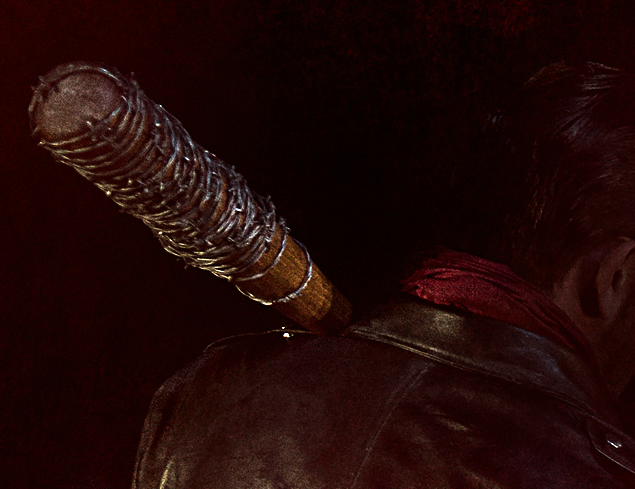 It was bound to happen: The Walking Dead’s season 6 came to an end, and what an ending that was. Yes, there’s a huge cliffhanger for season 7, and we’ll have to wait until fall to find out how it resolves. But more importantly, we can’t help but wonder how our favorite gang of zombie-killing heroes will survive Negan, the baseball-bat toting bad guy who finally made an appearance this week. Oh, and AMC could have totally gone with a different cliffhanger, because the one it came up with has infuriated huge swathes of the Internet.

Beware, Walking Dead fans, there are spoilers ahead, so avoid the rest of the post if you haven’t seen episode 16 yet.

From the get-go, we’ll tell you that someone dies in this episode but we aren’t sure who just yet. It’s probably neither Rick nor Carl, given what Negan tells them at the end. But there are plenty of candidates left. Glenn, Maggie, Daryl, Michonne, Abraham, Sasha, Eugene, Rosita, and Aaron are all on their knees, captured by a huge gang of Saviors, listening to Negan preaching about the new world order.

Jeffery Dean Morgan finally comes out to portray the super villain – and the guy isn’t that evil. In fact, I totally see where he’s coming from in some ways. He’s like a more extreme version of Rick: He wants to survive and has the means to do it. And he wants everyone to work for him, including the Alexandria crew. However, because Rick and Co. did kill so many Saviors in past episodes, Negan is really keen on setting an example. And he does end up killing one person with his bat, which he has affectionately named Lucille.

After toying with our feelings mid-season by faking Glenn’s death, AMC decided to reuse that recipe for the finale. This time around, it’s clear that someone will die. We hear Lucille at work in the background as the episode ends. But we won’t know who that person is until season 7. Needless to say, fans didn’t appreciate this outcome. It’s crystal clear to anyone who has seen last night’s episode that the real cliffhanger is surviving Negan. It really doesn’t matter who dies. As much as we want to know that, we’re more excited to see how Rick and Co. will deal with Negan and his crew.

Speaking of the Saviors, their power has finally come to light. They outnumber and outgun the people in Alexandria, and they could easily take the fortified city. It’s just that Negan has put in motion a complex trap to make sure that the Alexandria crew will work for him, and give him a 50% discount off everything they make.

The entire Last Day on Earth episode is practically a cat-and-mouse game in which some of the Alexandrians mentioned above are constantly being cut off. Roadblocks are set in place in a complex trap meant to corner the prey. Eventually, the group that set out to take Maggie to the doctor is caught, and reunited with Daryl, Michonne, Glenn, and Rosita. Oh yes, Daryl is very much alive, not that we were expecting him to be dead.

The ending is pretty puzzling for one simple reason. It’s night in the forest, we’ve got a huge group of loud people, plenty of lights from the cars, and plenty of noise – Negan’s speech can be heard by everyone. So where on earth are the zombies when you need them?

Conspicuously absent in the to-die list above are Carol and Morgan, but they’re off on their own adventure. Carol is still struggling to accept that she needs to kill people to stay alive. Will Carol save Rick and gang again in season 7? We can’t wait to see what happens next. However, the Internet is definitely not happy with the way AMC ended this episode.

In the comics, it’s Glenn that gets killed by Negan. The way Negan killed his victim in episode 16 is pretty consistent with how Glenn dies in the comics but that doesn’t mean that’s how it will play out in the show.