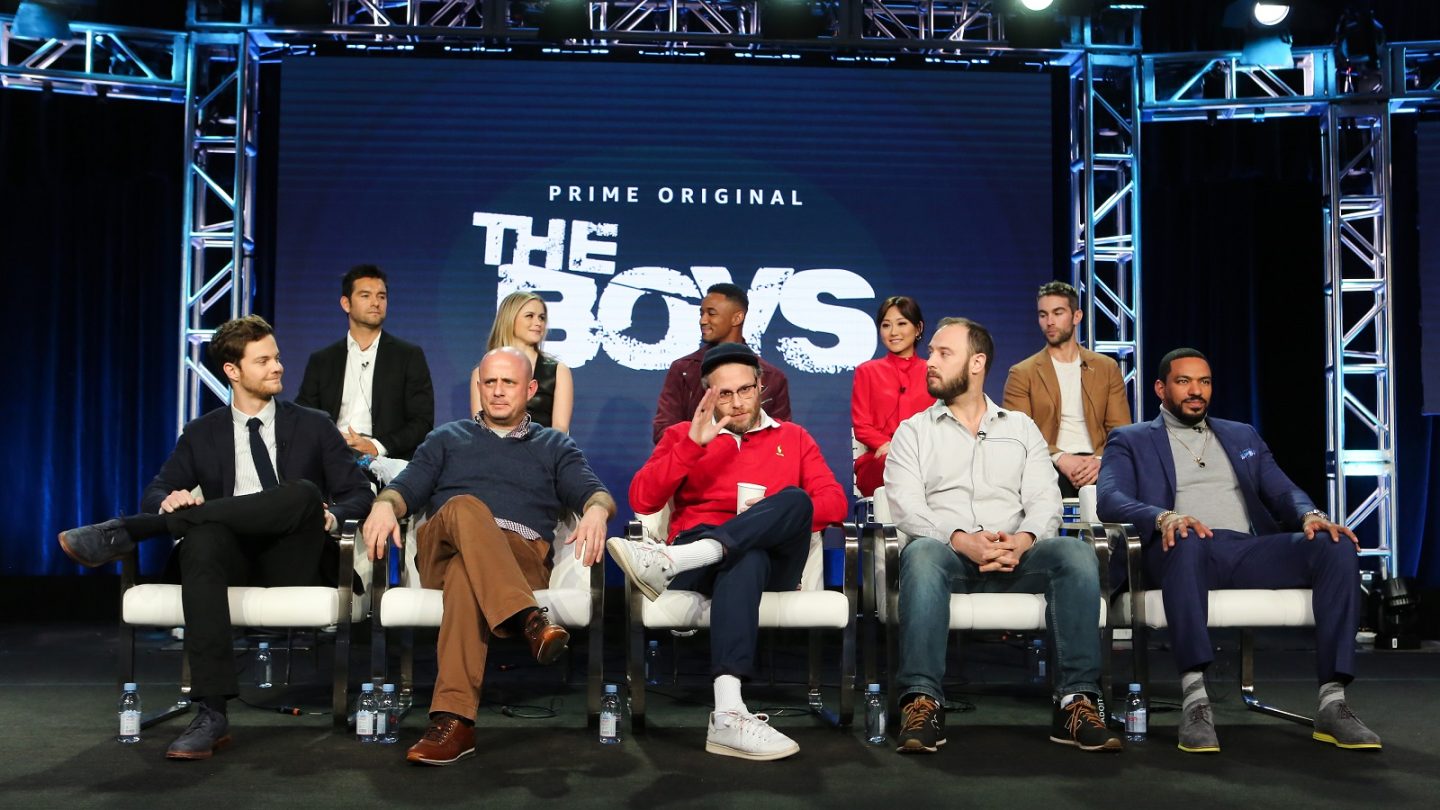 Considering the subject matter, it may not come as much of a surprise, but Amazon’s The Boys seems to have found a rather sizable audience, generating headlines for its dark, twisted take on the superhero phenomenon as well as its penchant for extreme violence, full-frontal nudity and a whole lot of swearing.

It was clear that Amazon was confident in the show when it picked up The Boys for a second season days before the first even debuted on the online retailer’s streaming service. That faith in the show paid off, as Amazon said last week that The Boys is already one of its most-watched original TV series of all time. And now it looks like Amazon wants to capitalize on the show’s momentum and get season two out as quickly as possible.

Over the weekend, showrunner Eric Kripke shared a photo on Twitter which seems to confirm that the second season is already in production. Many of the show’s cast members can be seen in the photo flipping off the camera, including Tomer Capon (Frenchie), Karen Fukuhara (The Female), Jack Quaid (Hughie Campbell), and Laz Alonso (Mother’s Milk). Unsurprisingly, they’re all covered in blood, because of course they are:

A small token for #TheBoysTV fans. World's first pic of #Season2. As you can see, we're up to our old tricks. If you haven't seen, JOIN US. Streaming now on @PrimeVideo @TheBoysTV #TheBoys #SPN #SPNFamily #Timeless pic.twitter.com/3z29mVBfNl

Season one of The Boys debuted on Video on July 26th with eight episodes, each of which lasts about an hour. Therefore, we shouldn’t expect any new episodes this year, but if filming for season two is already underway, there’s a chance that we won’t have to wait a full year for more deranged superhero action.

The Boys season one is currently streaming on Video.