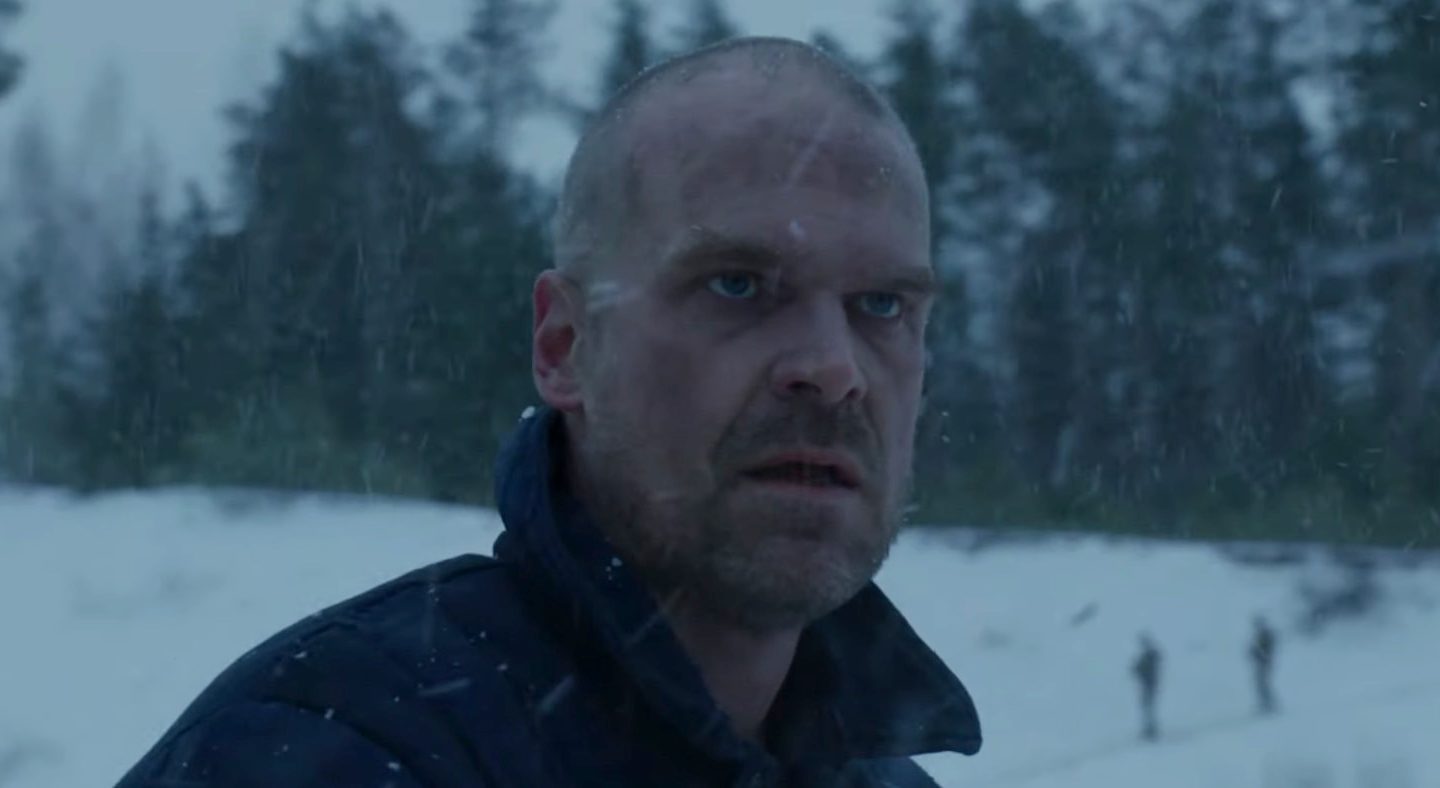 When Jon Snow died in Game of Thrones, fans debated for months whether or not he would be brought back to life, and we actually had to wait a couple of episodes into the following season to see it happen. When Negan swung that bat to kill one of our beloved Walking Dead characters, AMC had us all wait for an entire summer before revealing who that person was. Netflix, meanwhile, has no intention of letting a huge cliffhanger linger when it comes to one of its best shows. The company just released a surprise Stranger Things 4 teaser that confirms our theory about Jim Hopper. He’s alive, and he reemerges somewhere in Russia.

When season three ended, the Stranger Things showrunners had everyone believe that Hopper had died. But they also teased that he may still be alive with a surprising post-credits scene. Since then, we’ve been gathering plenty of evidence that supports the idea that Hopper was somehow transported to Russia during that deadly blast, and that’s how he survived unbeknownst to everyone at home.

But thanks to the teaser below, we know for a fact that he’s alive. The teaser is called From Russia With Love, which works great for Valentine’s Day. In a comment on Variety, showrunners Matt and Ross Duffer confirmed that Hopper is “the American,” just as we all suspected:

“We’re excited to officially confirm that production on ‘Stranger Things 4’ is now underway — and even more excited to announce the return of Hopper. Although it’s not all good news for our ‘American’; he is imprisoned far from home in the snowy wasteland of Kamchatka, where he will face dangers both human…and other. Meanwhile, back in the states, a new horror is beginning to surface, something long-buried, something that connects everything….”

“Season 4 is shaping up to be the biggest and most frightening season yet, and we cannot wait for everyone to see more. In the meantime — pray for the American.”

The scene only shows us Hopper and a bunch of other prisoners all working on train tracks. There’s no dialogue, and the new dangers Hopper will undoubtedly have to face aren’t even teased. The Duffer brothers haven’t said when Stranger Things season 4 will premiere, so we’ll just have to wait a while longer for an official announcement. Here’s the full teaser: