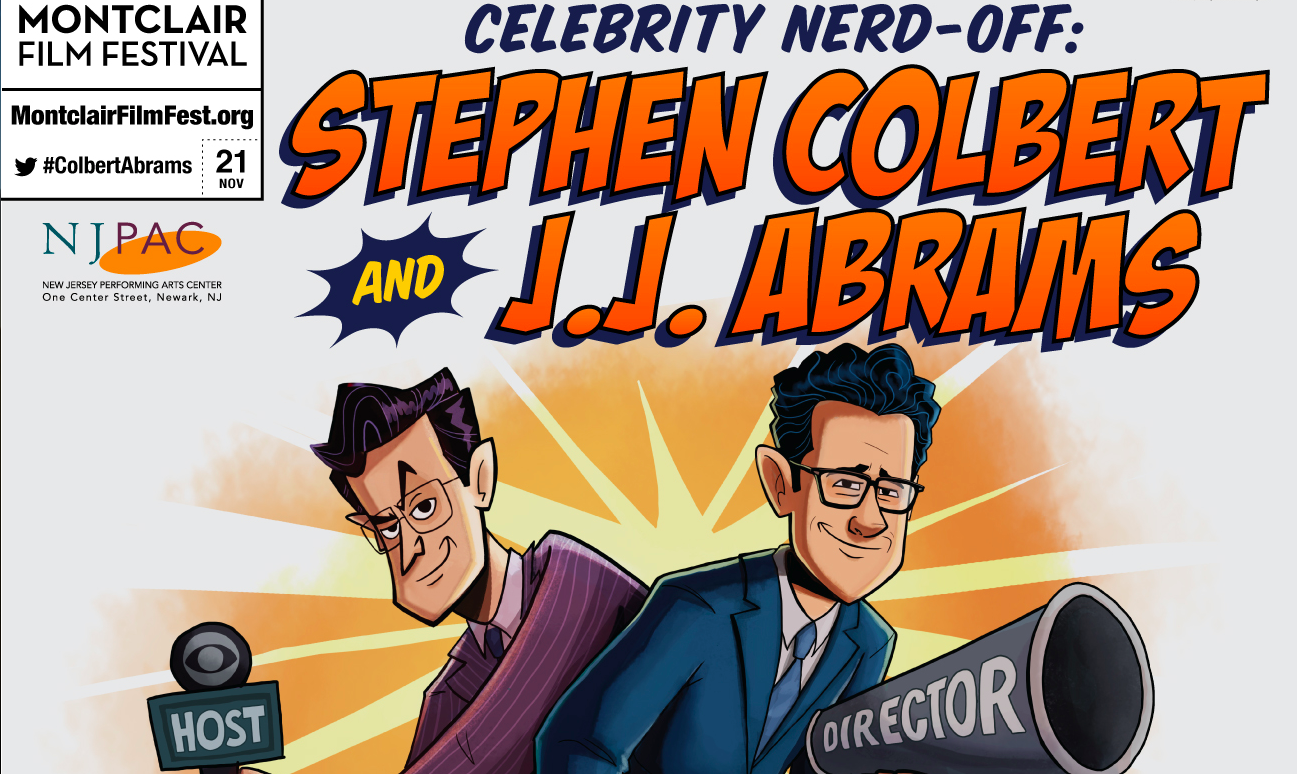 In less than a month, theaters around the country will be packed with Star Wars fans, anxious to see how The Force Awakens panned out. Will it live up to the seemingly impossible expectations set by the original trilogy? Will it crash and burn like the prequels before it?

We’ll know soon enough, but in the meantime, J.J. Abrams sat down with Stephen Colbert on Saturday in Newark, New Jersey for the Montclair Film Festival’s Celebrity Nerd-Off fundraiser to discuss the film.

According to Variety, Abrams kicked off the interview by informing Colbert that after three years of work, he was finally finished working on the film (for the most part). “We were working on the final mixes at 2:30 this morning,” Abrams said. “I left with six very small, but important things that (still) need to be done because I said, ‘I have to get to the Montclair Film Festival.’”

During the Q&A segment, Slashfilm reports that one attendee asked Colbert what movie he’d saddle Abrams with once he’s done with Star Wars. The talk show host had an answer almost immediately: Akallabêth, a section from J.R.R. Tolkien’s The Silmarillion. It really wouldn’t be an evening with Colbert without a mention of Lord of the Rings.

Another fan asked Abrams if he was ready for the project to “just be over,” and Abrams responded by telling the fan he wished “you could zip line down here and hug me.”

“The truth is working on this movie for nearly three years, it has been like living with the greatest roommate in history for too long,” Abrams continued. “It’s time for him to get his own place. It’s been great and I can’t tell you how much I want him to get out into the world and meet other people because we know each other really well. But really, ‘Star Wars’ is bigger than all of us. So I’m thrilled beyond words (to be involved) and terrified more than I can say.”

Oh, and perhaps most importantly, Abrams confirmed that his obsession with lens flare has subsided since the Star Trek movies. So don’t expect bright blue lights every other scene.