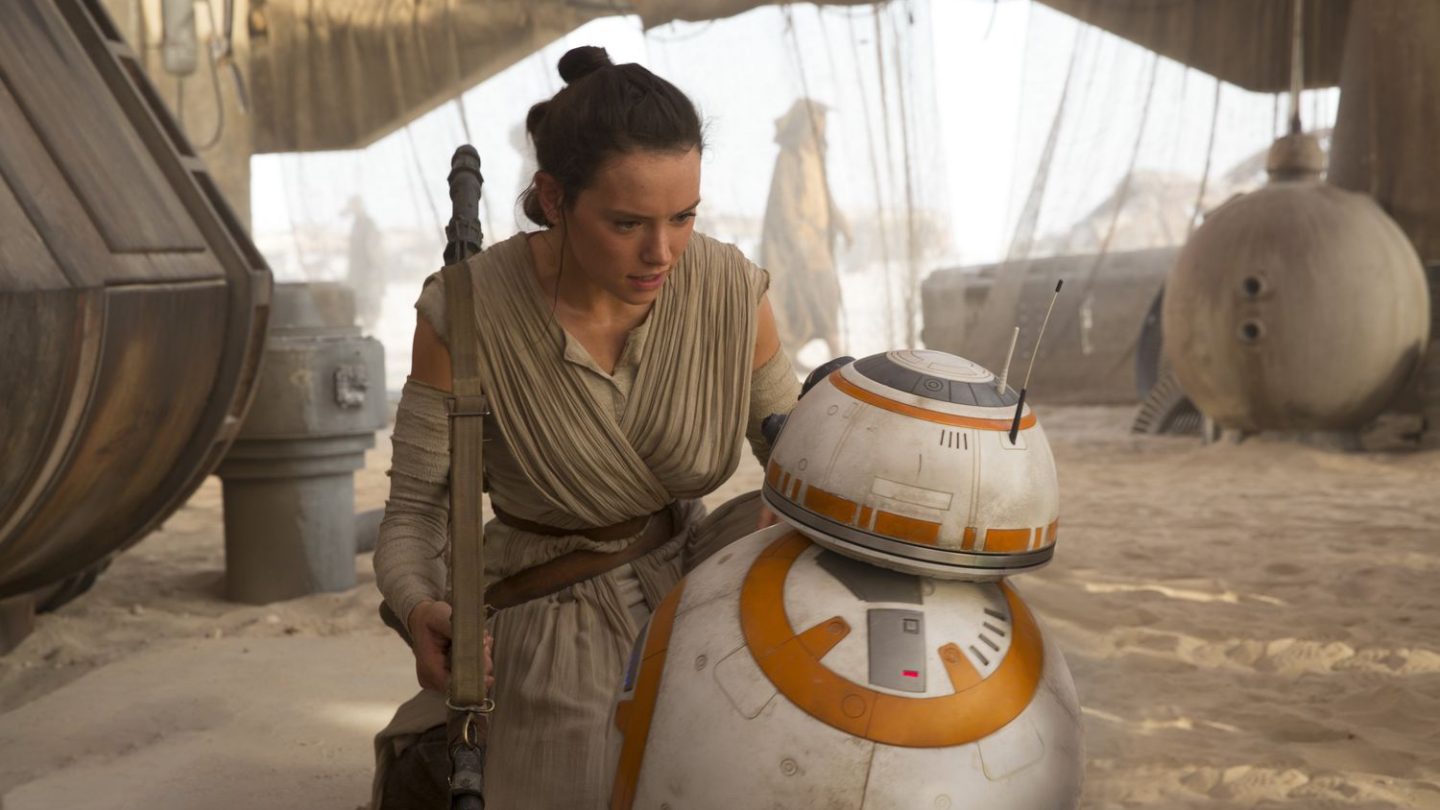 Someone had to do it: I read the supposedly leaked Star Wars Episode VIII plot so you don’t have to. Assuming the leak is genuine and someone from Rian Johnson’s team spilled the beans on what’s going on in the upcoming Star Wars movie, we’ll still love it when it launches next year. But prepare to be shocked!

Yes, there are many spoilers ahead – again, assuming this is the real deal – that reveal who Rey’s mysterious parents might be.

As ComicBook Movie explains, months before Star Wars: The Force Awakens hit cinemas, a plot outline leaked online and it ended up being “pretty much 99% accurate.” A few days ago a similar leak hit Reddit, and we can just hope that it’s fake. The supposed Episode VIII plot has been marked as “debunked” on Reddit since being first posted, though it’s not clear who debunked it.

That said, here’s the supposedly leaked script, as posted initially on Reddit:

Working title is “Echoes of the Dark Side”

There’s not nearly as much action as TFA in the first two acts, but the third act goes full-on crazy.

The broad structure isn’t as similar to ESB as TFA was to ANH, but the parallels are still present. Rey is training in the ways of the Force with an old Jedi master (Luke) on a wild planet while Finn and Poe are in a beautiful city that has a shady, sinister underpinning. Finn and Poe are betrayed and captured by Kylo Ren who uses them as bait to draw Rey out of hiding so Kylo and Rey can have a duel in an industrial portion of the city.

The backstory to Luke and his Jedi being wiped out is that Snoke seduced Kylo and a few of the other students to the dark side and tasked them with killing everyone. Luke and a few others survived, including a young Rey who was subsequently dumped on Jakku by Luke.

Rey’s mom died in the attack.

Rey is pissed at Luke because she guesses that he was her father and is angry at him for abandoning her. Luke turns to her and says “No, you are my father.”

Rey is the reincarnation of Anakin Skywalker. Luke went to the first Jedi temple to better understand how the process works. He learned that the spirit of the chosen one is reincarnated by the Force every time the universe is thrown out of balance, which apparently happens on a semi-regular basis (Anakin was hardly the first time the chosen one reincarnated). This is why she’s so crazy powerful with the Force (remember that Anakin blew up the Trade Federation donut ship by himself when he was like 8 years old).

Rey was the product of a virgin birth, but midichlorians aren’t mentioned (Luke says “you are a child of the Force”).

Luke is hesitant to train her because, according to Jedi history, the chosen one always struggles with staying on the light side of the Force because of the chaotic power running through them. He’s afraid that she could become Vader 2.0. If he trains her to fight Kylo, and she turns dark, she would do way more damage to the galaxy than Kylo could ever dream of doing.

He ultimately trains her anyway and leaves everything up to the Force. He makes this decision in a scene where he confers with the ghosts of Obi-Wan and Yoda (Ewan MacGregor and Frank Oz come back).

Rey learns lightsaber skills, Force skills, and has a vision quest thing where she talks with Maz Kanata (unsure if it’s telepathy or just a dream) and Hayden Christenson. The latter tells her that she is him, but different, and there’s a quick scene where we see hundreds of other Force ghosts who are implied to be past chosen ones.

Rey feels Finn’s distress elsewhere in the galaxy and says she needs to go to him. Luke tells her about the time he felt his friends in distress and Yoda told him to stay and finish his training, and his disobedience led to pain. But then he says he isn’t Yoda, and has his own way of doing things, and tags along with her to go help.

Finn wakes up on a Resistance cruiser and is told by Poe that they’re already en route to the makeshift Republic homeworld in the wake of the capital planet being blown up by Starkiller Base.

Leia wants to lobby them to go to war.

The Republic is being led by an interim dictator named Lord Vikram (Benicio Del Toro), who was quickly put into power by the few senators still around to maintain order.

Starkiller’s destruction of the Republic core worlds caused a galactic communications disruption because everything was routed through those worlds, so Vikram is trying to reestablish contact and ensure the Republic doesn’t collapse into anarchy.

Leia and Vikram butt heads. Vikram agrees that the Republic has to go to war with the First Order, but wants to wait for communications to come back online so they can muster up a sizable force (all they have right now is a single small fleet). Leia disagrees, and wants to take the war to the First Order now while Snoke is still reeling from Starkiller’s destruction. She says both sides are in chaos, which makes this an opportune time to strike. Vikram counters by telling her she’s letting her personal emotions over Han’s death get in the way, and Leia throws it back at him by telling him he was always a little snake of a politician when they would argue back in her senate days, etc, etc, they have old bad blood or whatever.

The Republic planet is safe because it’s protected by a heavy duty shield that can repel any invasion or bombardment from the First Order.

Finn and Poe are tasked by Leia to investigate the city because one of Leia’s contacts informed her that the First Order have spies embedded in the Republic. Leia suspects Vikram.

Finn quickly becomes enamored by Leia’s contact, Chala (Kelly Marie Tran), who tags along with him and Poe through the underbelly of the city to gather information.

Finn and Chala have a flirty romance subplot that involves a nighttime adventure through the rustic old city (this is the second entry in the trilogy after all, and poetry demands it).

Finn, Poe and Chala all corner the culprit: Vikram’s aide, who has evidence of contact between Vikram and the First Order. Leia and some Resistance fighters confront Vikram and throw him in jail for treason. He denies everything, and the rest of the Republic officials are horrified because Leia basically just coup-de-etat’d the **** out of their leadership. Leia assumes control of the planet’s defenses and absentmindedly puts Finn in charge of the shield codes.

Finn and Chala have a moment and Finn mentions his confusion about why Vikram didn’t just lower the shields for the First Order. They walk into a room and Phasma is standing there and Chala draws a gun on Finn and forcibly takes the codes for disarming the shield from him. She says she planted the evidence, used Finn to get the codes, and basically that she thinks he’s a dirty traitor to the First Order. In a moment of pure pottery, Phasma makes Finn lower the shields.

The First Order fleet jumps out of hyperspace and invades the planet, quickly capturing Finn, Poe and Leia. Kylo starts to torture Finn using the Force, knowing that it will draw Rey out of hiding and into his trap.