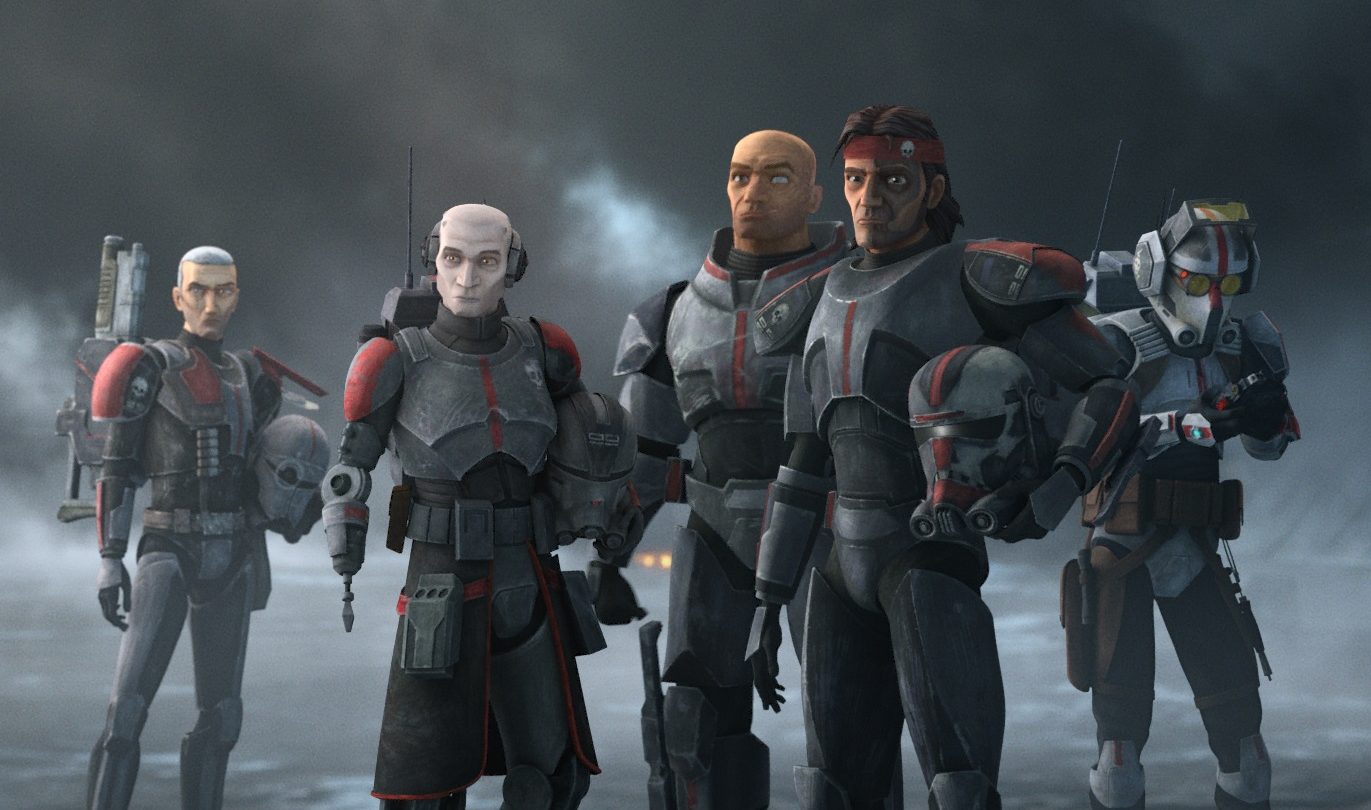 In the next few years, the Star Wars universe is going to expand faster than it has in decades. The Skywalker Saga wrapped up with the ninth movie in 2019, but in the coming months, is going to start rolling out new shows on its streaming service with increasing regularity. It all started with The Mandalorian, but a new chapter began unfolding on May 4th — Star Wars Day — with the premiere of Star Wars: The Bad Batch.

Back in December, offered new details on ten upcoming Star Wars projects at its Investor Day event. The first of those projects to see the light of day is Star Wars: The Bad Batch — a new animated series that follows a group of “elite and experimental clones” as they try to find new meaning to their existence now that the Clone War has ended. This is a direct follow-up to Star Wars: The Clone Wars, so if you haven’t gotten around to watching that excellent cartoon yet, set some time aside and get caught up on Disney+ before you dive into this spinoff.

The Bad Batch is undoubtedly the centerpiece of Star Wars Day on Disney+, and its 70-minute pilot is receiving rave reviews around the internet, but that’s not all has on offer for May the Fourth. The Simpsons are also getting in on the fun with an original short called Maggie Simpson in ‘The Force Awakens From Its Nap’ following Maggie as she battles against a miniature Darth Maul in a Star Wars-themed preschool.

If you still haven’t gotten your fill of new Star Wars content, there are two more series worth checking out. The first is Star Wars Biomes, and as its name suggests, it gives us a chance the explore some of the most memorable locations from the movies and shows, including Tatooine, Hoth, and Sargon. In the same vein, also rolled out Star Wars Vehicle Flythroughs, getting viewers up-close-and-personal with some of the iconic ships and vehicles that appeared in the series. The first two episodes are focused on the Millennium Falcon and a Star Destroyer.

As for the future of Star Wars, we know that a bunch of other live-action spinoffs are currently in the works, including Disney+ shows focusing on Obi-Wan Kenobi, Lando Calrissian, Ahsoka Tano, and Cassian Andor. Taika Waititi (Thor: Ragnarok) and Patty Jenkins (Wonder Woman) are also each directing Star Wars movies. We know basically nothing about Waititi’s movie yet, but Rogue Squadron is the title of the movie that Jenkins will helm, and it tells the story of “a new generation of starfighter pilots as they earn their wings and risk their lives in a boundary-pushing, high-speed thrill-ride, and move the saga into the future era of the galaxy.”