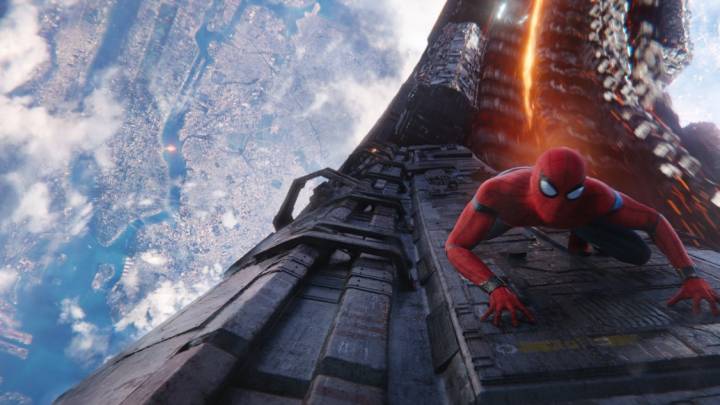 Avengers: Endgame is finally playing in theaters around the world, which means we know exactly how the Infinity Saga concludes. Endgame, however, actually isn’t the final story in Phase 3 of the Marvel Cinematic Universe. That will be Spider-Man: Far From Home, which premieres on July 2nd.

Sony and Marvel released the first Far From Home trailer a few weeks ago, but that’s about all the marketing the film got. At the time, I told you that the trailer ruins Endgame, because it features characters who are dead as far as we were concerned at the end of Infinity War. Thankfully, we didn’t get any new Far From Home footage since then, which was a brilliant move since it would have spoiled Endgame even more. Now, it looks like Sony may release the second Spider-Man 2 trailer as soon as next week.

Sony is expected to drop two different trailers, one for the US and one for international markets, just as it did with the first trailer, according to Trailer-Track. UK’s BBFC has already rated the main new trailer, which will have a runtime of 2 minutes and 38 seconds according to the report. A second, shortened version has also been rated.

However, it’s unclear exactly when the clips will drop. Rumors say it could happen early next week, but that’s just speculation since there’s no official word from Sony or Marvel. Trailer-Track says that Sony might want to have the new trailers playing in cinemas in time for Detective Pikachu next week.

Considering what happens in Endgame, we’d expect the new trailer to offer us some clear links between the two movies. With the first trailer, Sony tried so hard not to spoil Endgame, but Marvel fans already knew that the action in Far From Home takes place soon after Endgame concludes. That’s something Sony said years ago while promoting its first new Spider-Man movie.

We won’t spoil anything from Avengers 4 as you have plenty of time to watch Marvel’s epic Avengers story before the new Spider-Man trailer hits. But it’s safe to say that you’ll watch all Far From Home trailers with different eyes after having seen Endgame. Even the first ones that were released months ago — here they are again, both the US and international versions: