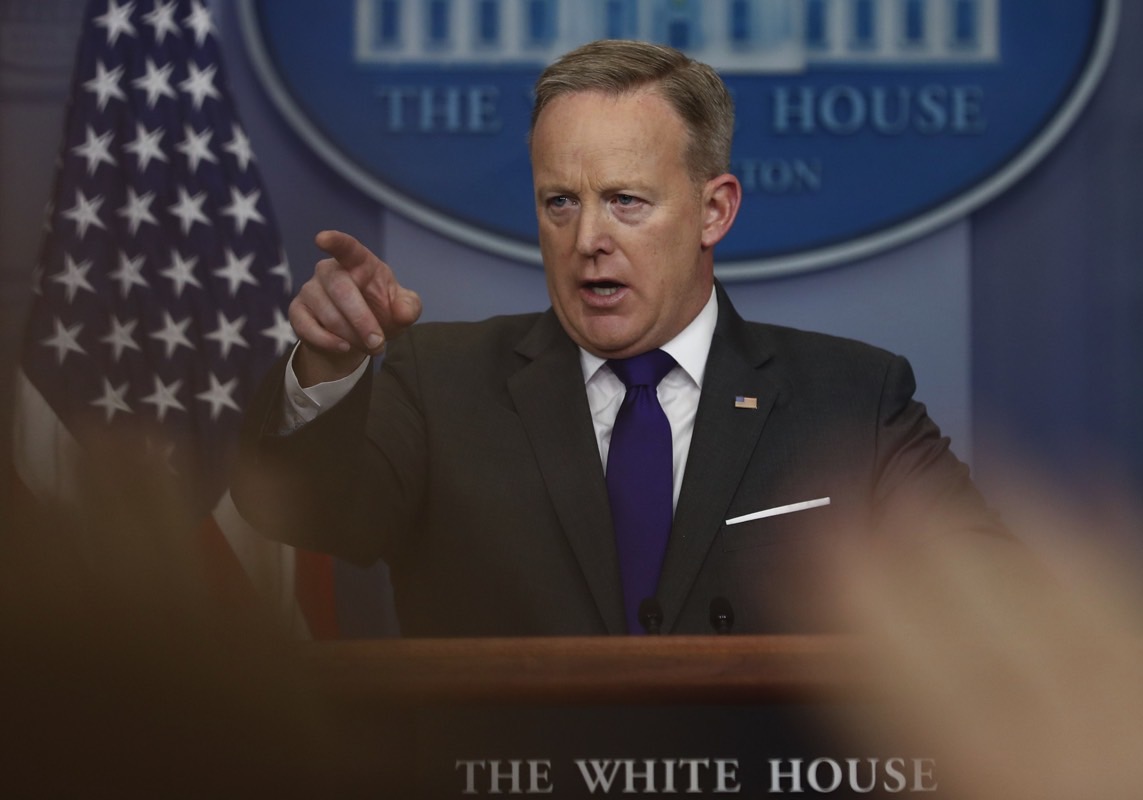 SNL recently found the perfect person to play White House press secretary, Melissa McCarthy. The comedian delivered an amazing performance, covering all of Spicer’s blunders since he began working in Trump’s White House, and the video went viral. But it turns out that Spicer can be incredibly entertaining all by himself, so Melissa McCarthy’s new role might be short-lived.

Watching a full press conference might not be a funny experience, but when you string together pieces of it like Twitter user @MattNegrin did, you end up with a hilarious Spicer. As you’ll see in the following clip, the press secretary has brought his own “alternative ABC” to the job, choosing to pronounce certain words as he sees fit.

Then again, who can blame Spicer for his lack of composure? After all, he’s had a tough job so far, having to dispute so many facts with alternatives. That said, Spicer might not find the clip above that amusing, considering that it may further threaten his job.

Commenting on McCarthy’s performance, Spicer told Extra that found the show to be really funny, but that McCarthy “could dial back” a bit. He also said that she “needs to slow down on the gum chewing; way too many pieces in there” — Spicer’s habit of chewing and swallowing gum is well-documented.

Trump, on the other hand, isn’t too happy with Spicer’s performance so far, a Politico report claimed. Even worse, Trump — who often criticizes SNL — isn’t happy that Spicer was impersonated by a woman. Unfortunately for the leader of the free world, McCarthy’s sketch already has more than 18 million hits on YouTube.