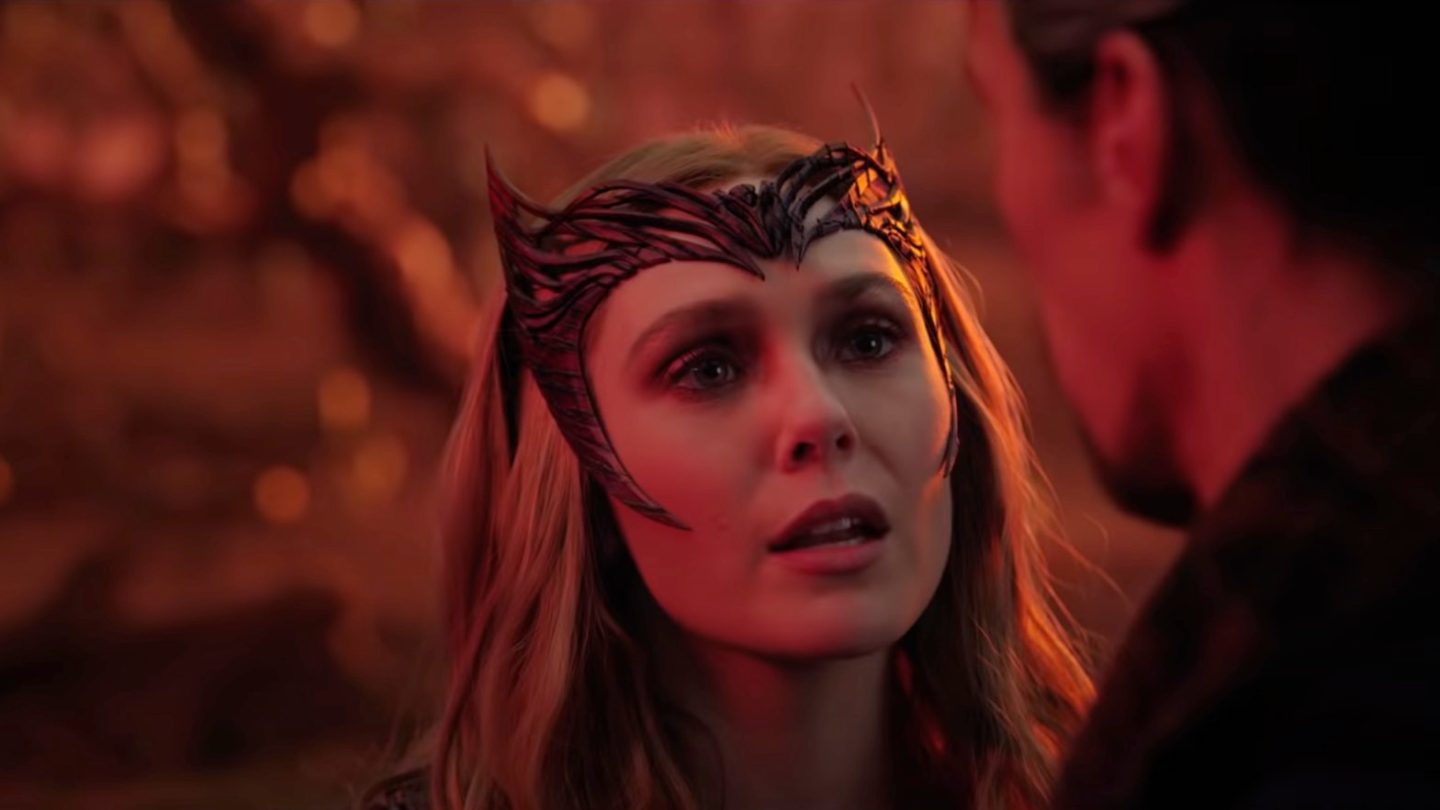 Wanda Maximoff (Elizabeth Olsen) has been in the MCU for several years now, and we’ve seen her grow into a mighty Avenger. But the events of Infinity War and Endgame set Wanda on a dark path that culminated in her becoming the Scarlet Witch in WandaVision. The Scarlet Witch will appear next in Doctor Strange 2, which we’ve seen evidence of in all of the trailers.

But will the Scarlet Witch continue to appear in MCU projects beyond Multiverse of Madness? Recent rumors indicate that might be the case. If true, the new leak also offers an obvious Doctor Strange 2 spoiler. That’s also a warning, by the way. If you don’t want to see spoilers, stop reading now.

We’ve witnessed Wanda’s descent into “madness” for years. Bit by bit, she had to deal with all sorts of losses in her life. Her parents died, and then she lost her brother. Vision (Paul Bettany) was the final nail in the coffin, and all that suffering manifested itself in WandaVision. Wanda entrapped an entire city to preserve a version of reality where she could be happy. Where she wouldn’t have to deal with grief.

By becoming the Scarlet Witch, Wanda accessed a different kind of power, which will be on full display in Doctor Strange 2. She’s had time to master some of the secrets in the Darkhold, and she’ll become the antagonist of this story. Many people will find it hard to believe that Wanda will be the actual villain, but that’s exactly what the trailers imply. And what the leaks say.

However, that’s not a bad thing. It’s quite an interesting development for the character, given what happened to Wanda so far. And just because the Scarlet Witch might be the Doctor Strange 2 villain doesn’t mean we won’t see her beyond the sequel. Villains do not have to die. And Wanda could be the type of villain that gets to redeem herself.

The Scarlet Witch beyond Doctor Strange 2

If the information in the following tweet is accurate, then we’ll see the Scarlet Witch in other MCU projects beyond Doctor Strange 2.

It’s unclear who the sources are, but if accurate, Elizabeth Olsen will play the Scarlet Witch for several years to come. The tweet got nearly 80,000 likes, which proves the massive appeal of the character.

With all that interest in Olsen’s Scarlet Witch, it would make sense for Marvel to book the actress for other stories beyond Doctor Strange 2. And we’d all want to see a standalone Scarlet Witch movie.

However, it’s all just a rumor at this point. Actor deals do get leaked, so we’ll have to wait and see whether this claim is true.

The same Twitter account posted a second tidbit about Doctor Strange 2. Ashley Olsen has reportedly been cast as a variant of Scarlet Witch for the movie.

So far, there’s no proof of that being the case. But we do have at least a couple of Wanda variants in the movie. Seeing Ashley in the film would confirm that the leaker had access to genuine information about Wanda’s future in the MCU.

On a different note, if the contract leak is true, then we have an obvious Doctor Strange 2 plot spoiler concerning the Scarlet Witch on our hands. The character will survive the events in Multiverse of Madness. Wanda might be the villain, and she will fight other Avengers as a result. But we’ll see her again. Notice that I mean the character and not the Wanda of the primary MCU reality. Given the vastness of the multiverse, we could always see a Scarlet Witch die only to be replaced by another.