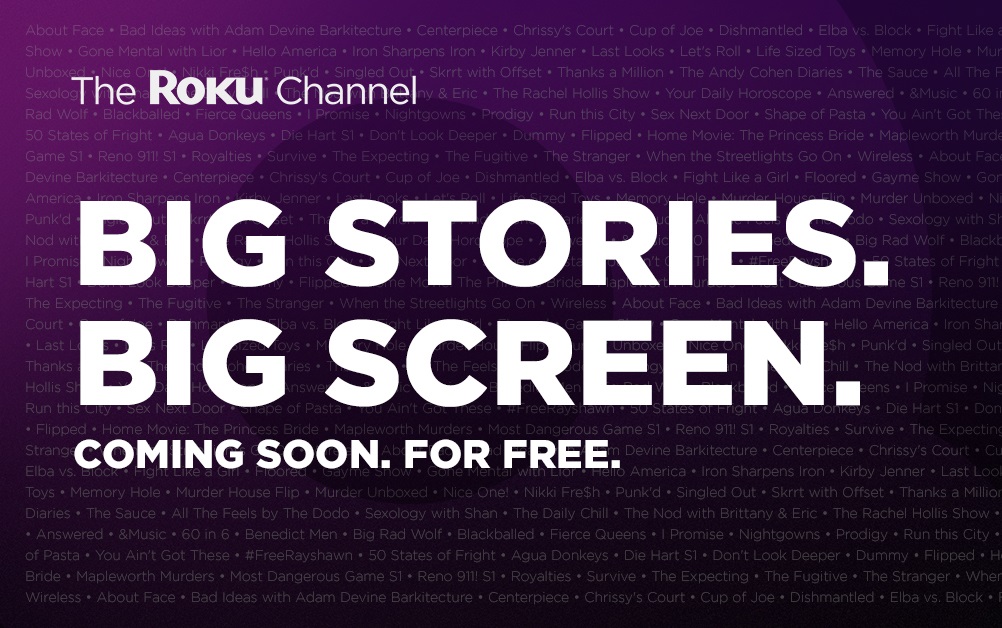 Roku announced on Friday that it acquired global content distribution rights to Quibi’s library, and plans to bring most of the defunct streaming service’s original content to The Roku Channel later this year.

Quibi launched on April 6th, 2020 with a number of unique shows and movies that could be watched in landscape or portrait mode on your phone. In fact, at launch, that was the only way to watch Quibi, as the app was not available on any other devices. Within a week, the app had tumbled from the top 50 most downloaded free apps on the App Store, and on October 21st, Quibi announced that it would be shutting down in December.

Catastrophic failure may be an understatement when it comes to characterizing Quibi’s short run, but the good news for all the hard-working content creators and actors that worked on these projects is that they won’t disappear into the ether along with the service. More than 75 shows and documentaries produced by Quibi will be available to stream for free on The Roku Channel before the end of the year. The content will feature ads, as it did on Quibi, but you will not have to pay for a subscription in order to watch any of the Quibi content.

Rob Holmes, Vice President of Programming at Roku, said the following in a statement on Friday:

Today’s announcement marks a rare opportunity to acquire compelling new original programming that features some of the biggest names in entertainment. We’re excited to make this content available for free to our users in The Roku Channel through an ad-supported model. We are also thrilled to welcome the incredible studios and talented individuals who brought these stories to life and showcase them to our tens of millions of viewers.

Beyond the shows that had already premiered on Quibi, Roku says that more than a dozen unaired shows will make their exclusive debut on The Roku Channel. Speaking with Deadline, Holmes said that the content won’t be presented in the same way on The Roku Channel, and while Quibi’s premise might have been to have people watch episodes in 10 minutes or less, Roku thinks you’re “going to spend half an hour or an hour or two hours watching it because it’s just that compelling.” It remains unclear how exactly this will affect the Quibi content.