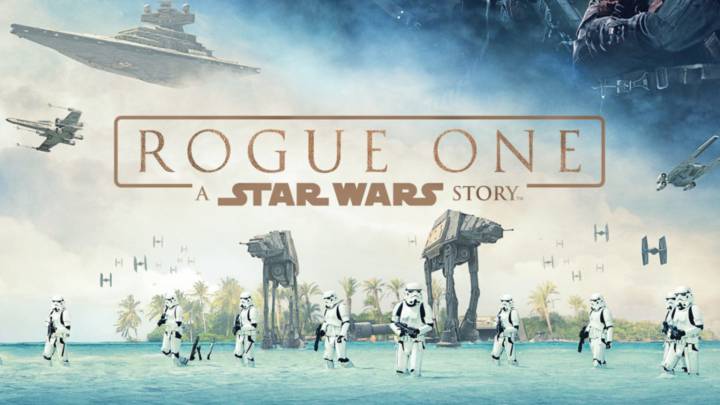 In less than two weeks, a new Star Wars movie is going to arrive in theaters. Rogue One: A Star Wars Story is the first official Star Wars spinoff to reach the big screen, and based on what Disney has shared, it’s going to be a change of pace from the Skywalker saga that fans have been following since 1977.

Disney didn’t do anything to hurt the franchise’s reputation with the release of The Force Awakens last December, but now that the studio is delving back into the world of the original trilogy, fans are understandably wary.

Thankfully, initial reactions to the movie have been overwhelmingly positive. Select members of the media had a chance to see nearly 30 minutes from the final cut of Rogue One over the weekend, and all of them seemed to love it.

Here are some reactions from the outlets who saw the extended preview:

Screen Rant’s Rob Keyes was especially enthusiastic in his impressions, saying that Rogue One “puts the “war” in Star Wars” in a way that others haven’t:

“The set pieces are extremely detailed, worn, and well-realized, even more than the back-to-practical approach J.J. Abrams took with Episode VII. It’s violent, powerful, and even “hardcore,” if that makes sense. If you wanted to see more of what the Rebellion is really like from the days of A New Hope and The Empire Strikes back, this movie is exactly that. It’s no longer a simple black and white, good versus evil conflict.”

Kate Erbland over at our sister site IndieWire does a great job of describing the scenes she saw (which you might want to skip if you want to go in unspoiled):

“The initial opening sequence jumps ahead a few years to find an older Jyn, now played by star Felicity Jones, eking out an existence as, well, a roguish career criminal. We briefly see her going to work at an Imperial labor camp, before she is introduced to the resistance in the form of rebel Captain Cassian Andor (Diego Luna) and some of his cohorts, who have a very important mission that only Jyn can complete.”

Jacob Hall of Slashfilm was one of many to praise the droid K-2SO:

“In a film otherwise coated with desperation, Alan Tudyk’s K-2SO feels like a welcome splash of comic relief, bringing deadpan comedy to the proceedings. A reprogrammed Imperial Security droid, this hulking monstrosity of a robot towers over humans and seems more than capable of dispatching enemies with the smallest amount of effort…which he accomplishes while also being temperamental and without a single social grace.”

There are more preview floating around the internet, but these three do a pretty good job of setting up the movie and getting Star Wars fans dangerously hyped for the first spinoff in the history of the franchise. We just have to hope that the other hour and a half or so is as good as the 28 minutes the media saw.