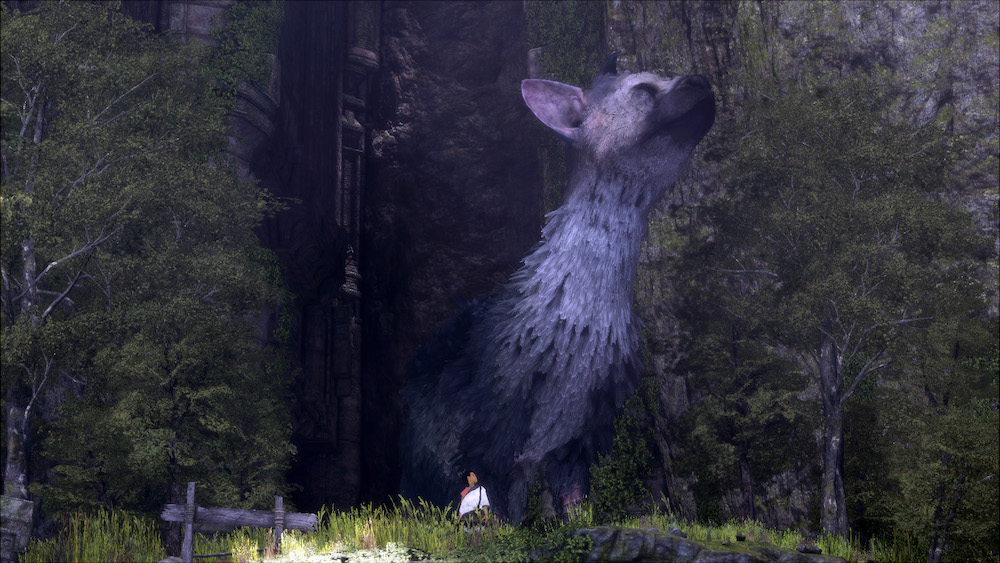 After beating Shadow of the Colossus for the fifth time, I began to come to terms with the fact that I’d never play another game quite like it again. Even if the same team came together for a new project, they would never be able to recapture the magic of that world and the colossal, awe-inspiring beings that inhabited it.

So rather than attempt to top or recreate Shadow of the Colossus, director Fumito Ueda and his team instead extracted familiar elements from the PS2 masterpiece and imbued them in a game that echoes Ico, the team’s first PS2 title. In many ways, The Last Guardian feels like a culmination of the team’s ideals.

MUST SEE: Every PS4, PS3 and Vita game you can download for free in December

From conception to release, The Last Guardian was 11 years in the making. Like Ico and Shadow of the Colossus before it, The Last Guardian revolves around a young hero who is dropped into a strange world and has a single companion to help him on his way. In Ico it was Yorda, in Shadow it was Agro and in The Last Guardian your partner is a cat-like, dragon-sized creature who the main character calls Trico. 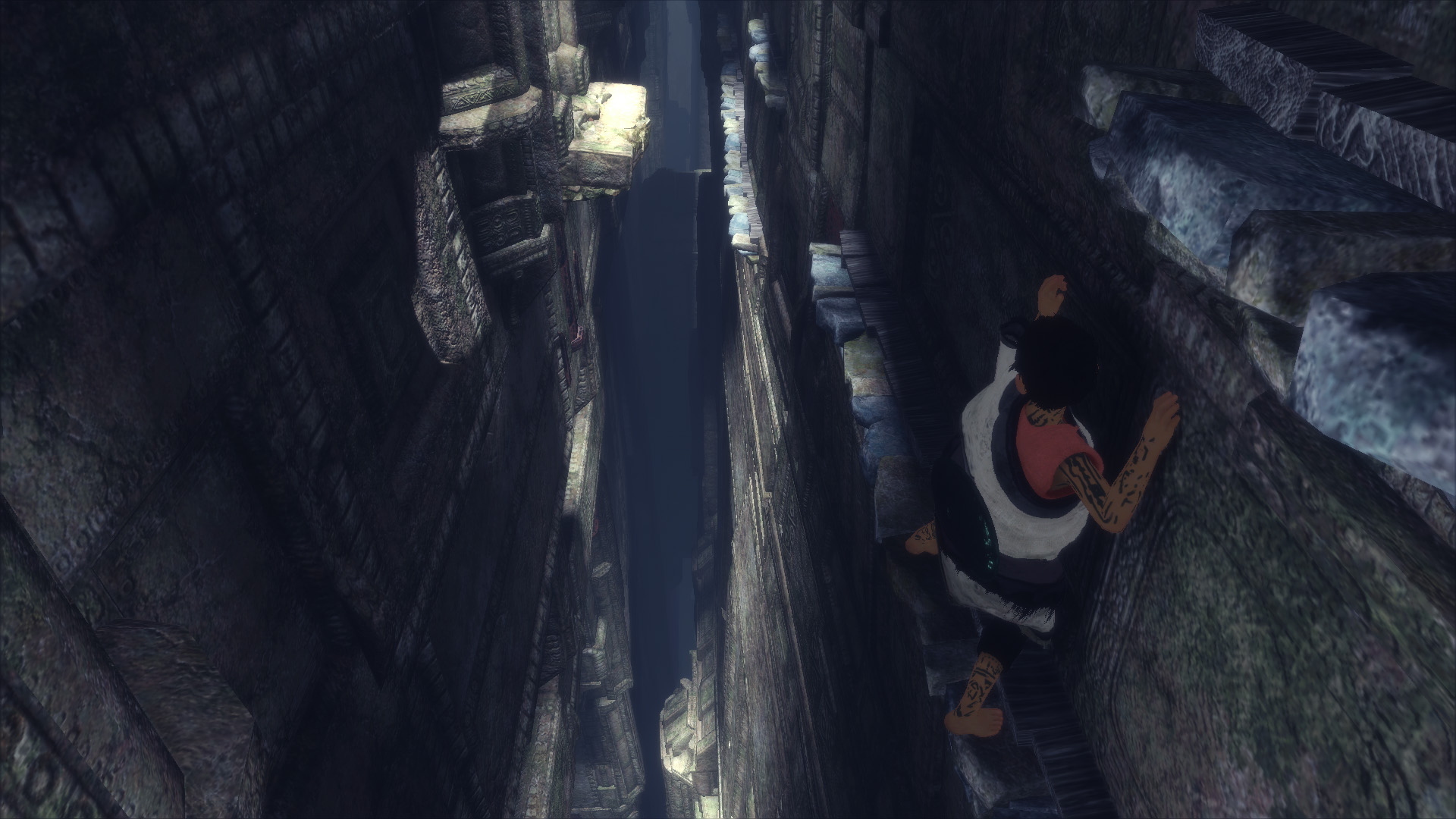 You’ll spend a vast majority of the game doing one of two things: telling Trico where to go or clearing the way for Trico (at which point you’ll hop on his back and tell him where to go). If you played Ico, The Last Guardian is going to feel very familiar—the entire world is a platforming puzzle, and every room you enter has a lever that needs to be pulled or an object that needs to be interacted with.

Other than some on-screen prompts in the first hour or so of the game, there’s very little hand holding in The Last Guardian. This is both a welcome change of pace and an occasional annoyance, as I can think of at least five separate occasions when I became hopelessly stuck, clueless as to how I should proceed. While a few of those instances simply required me to look a little harder for a solution, other times the game seemingly failed to realize it was time to move forward.

Speaking of which, your ability to progress in The Last Guardian is entirely dependent on the actions of an enormous AI beast. Trico is a stunning, vibrant creation that feels more alive than any companion I’ve ever been paired with in a video game, but he is still an AI, and that means he’s going to get sidetracked.

The key to enjoying The Last Guardian is to think of Trico as a real pet. 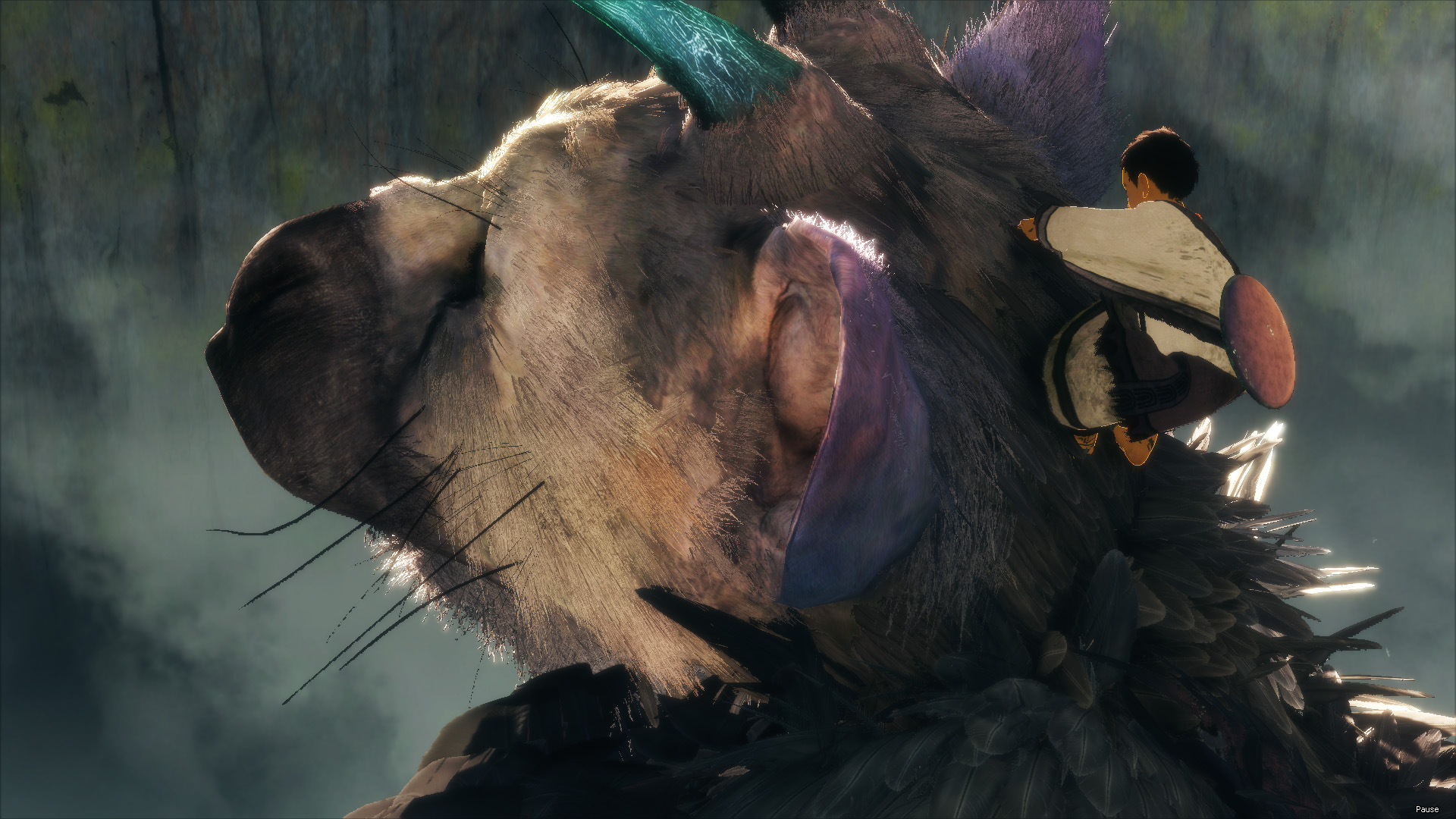 No matter how well-trained your real-life pet is, it isn’t always interested in what you have to say, nor will it listen to every command you issue. I don’t want to give the developers too much credit—telling Trico to jump to the next ledge and watching him stare blankly at a wall can be infuriating at times—but that’s a concession any development team is going to have to make when it relies this heavily on a computer-controlled character.

On the flip side, the moments when The Last Guardian shines are moments that no other game this generation could replicate. By creating such a strong bond between the player and this otherworldly creature, the tragedies and the triumphs all hit that much harder. You will root for Trico and risk your digital life to keep him safe.

And keeping Trico safe becomes increasingly difficult as the two work their way through the treacherous environment. Ghostly guards appear at regular intervals throughout the game, throwing spears at Trico and attempting to carry off the main character back into the realm from which they emerge. Although Trico, with his massive frame and powerful claws, will do most of the heavy lifting in combat scenarios, the character has to chip in as well, whether it’s knocking a guard’s weapon out of its hands or pulling spears out of Trico when the battle has ended. 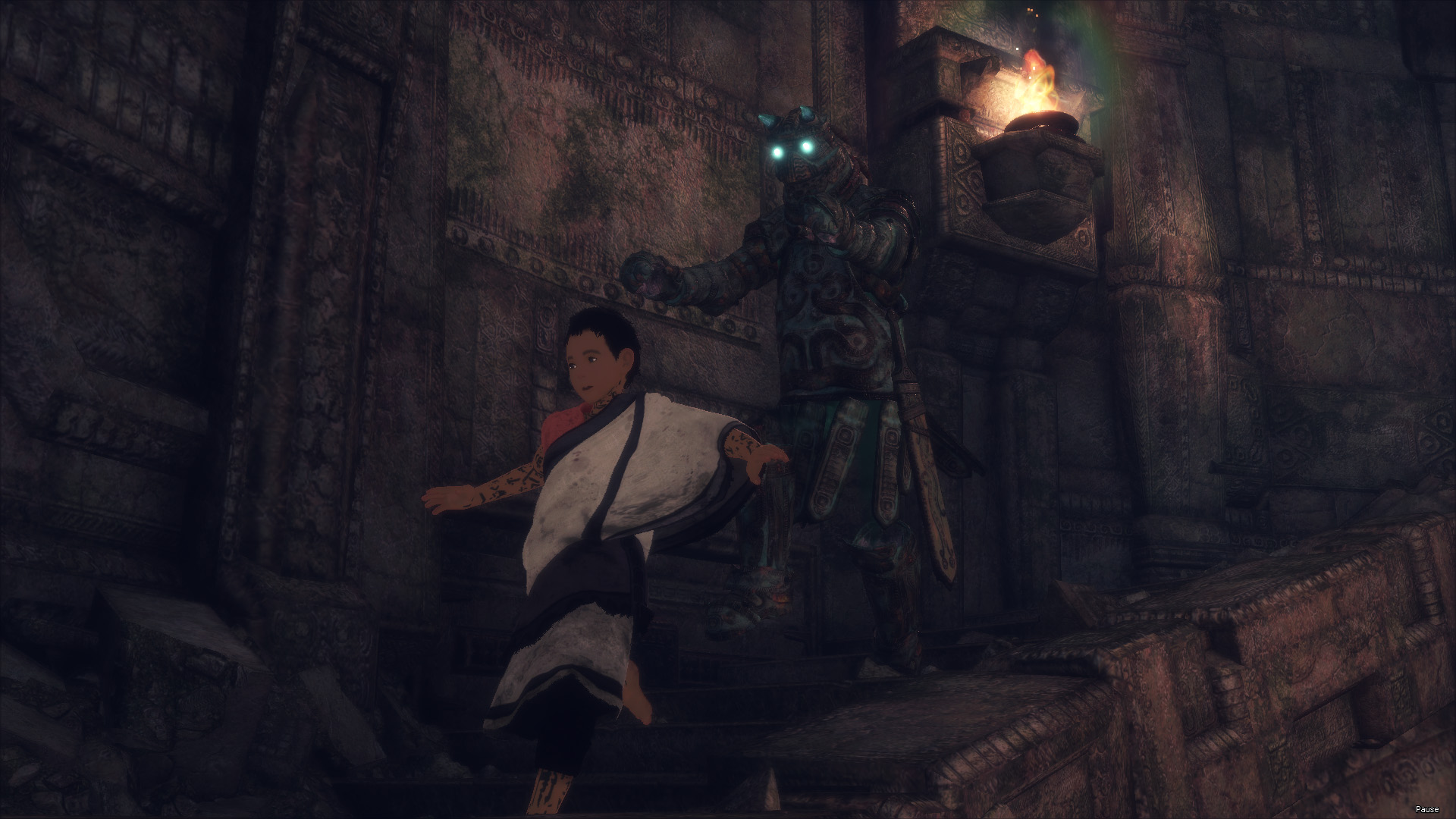 All of the game’s most egregious errors emanate from the same source as its greatest achievements. Climbing Trico can be a headache, as the camera swings through walls and the creature itself in an attempt to center on the player, but leaping across chasms on Trico’s back is uniquely exhilarating. Finding the solution to a puzzle might drive you insane, but once you’ve solved it, you’re rewarded with the chance to explore another section of the game’s remarkable world.

But what truly makes a Team Ico game (which The Last Guardian might not be in name, but certainly is in spirit) is the incredible storytelling ability of its creators. Even as I struggled with the controls and wandered around in circles looking for puzzle solutions, my interest in the world, the protagonist and Trico never waned. No matter what, I was going to see this story through to its conclusion, and without spoiling anything, it absolutely pays off in the end.

It feels weird to say this about a game that has been in active development since 2007, but The Last Guardian could have used some polish before it hit the market. The controls and the camera are simply not up to the standard of a modern triple-A console title, and Trico’s AI, while occasionally impressive, is far too inconsistent in a game that requires him to constantly get the player from point A to point B.

I loved exploring this world and experiencing this story, but a great game should be a joy to play. All too often, The Last Guardian just isn’t.

Sony provided BGR with a copy of The Last Guardian for this review.