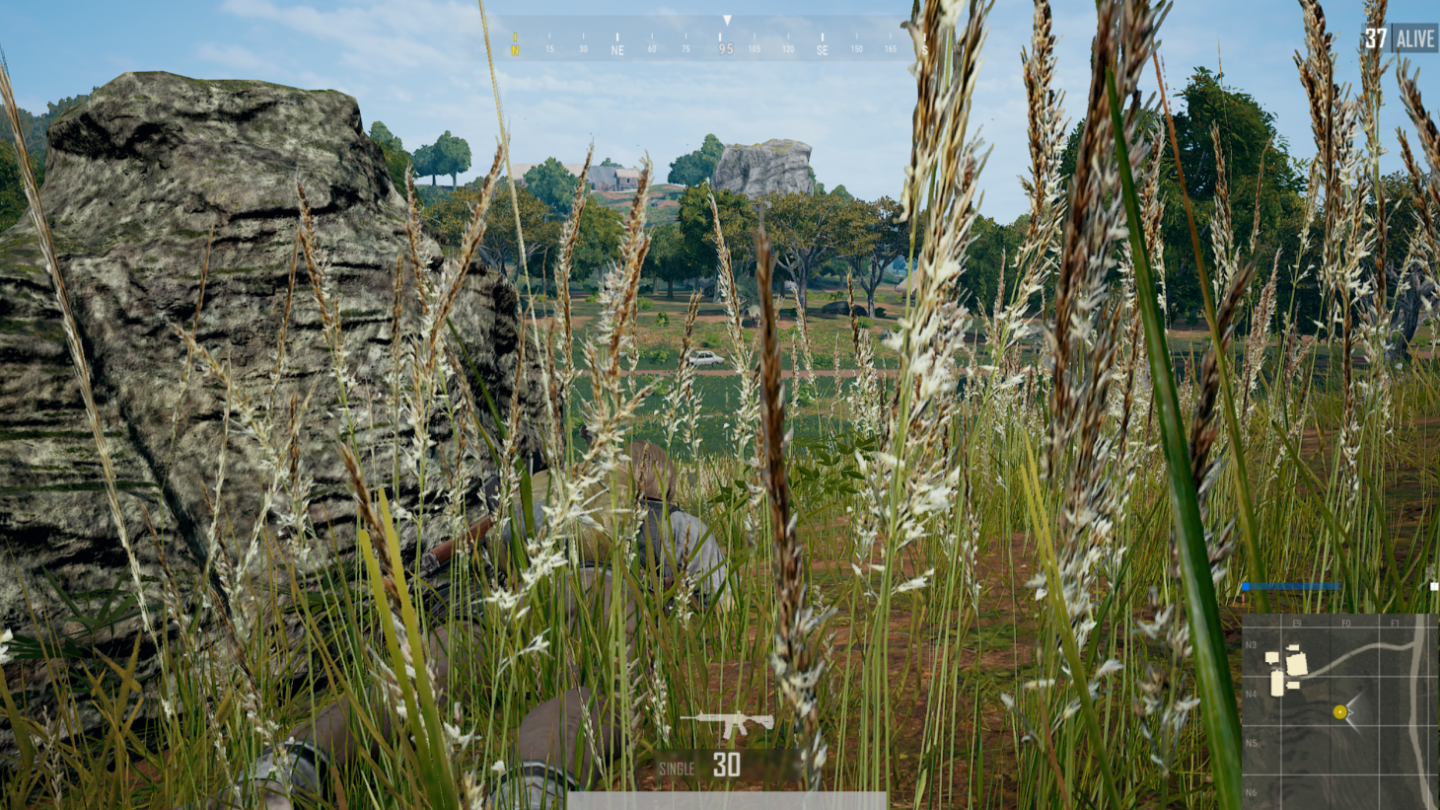 When I first heard about PlayerUnknown’s Battlegrounds back before it launched publicly, I thought the game sounded ideal. I’ve always loved shooters that involve exploring a map and using tactical sense as well as incessant flick-aiming, and I loved the idea of a completely narrative-free multiplayer game mode.

But after playing a couple rounds, I realized it wasn’t all I wanted. The map and sparsity of loot seems to encourage sneaking around and ambushing enemies from long range, but all-too-often I’d spend 30 minutes assembling a killer loadout before being headshot from 300 meters away. (Yes, I understand that most of this is down to me being bad at the game.) I initially thought the solution would be a longer-burning game mode without the constant dashes to escape the circle, but now that I’ve played PUBG‘s new small-size map, I think I’ve realized that they just needed to shrink the entire game.

The new map is called Savage, and unlike PUBG‘s two existing maps, it’s a 4×4 kilometer grid. The existing maps are both 8×8, so there’s far less space to play with. The weapon spawns are also more frequent, which makes it a more consistent and action-packed experience.

In the conventional maps, I find dropping into the more populated areas to be a high-risk, high-reward scenario. You know that you’re going to be facing five other players within a minute; the only question is who is going to find the first automatic rifle. On Savage, nearly every building has a decent-quality weapon inside, which changes the dynamic entirely. Pick a small building cluster close to the drop path, and you’re virtually guaranteed a fairly even showdown with another player within 30 seconds. It’s fun, because you’re not trying to beat someone to death with a frying pan, but it also doesn’t matter if you lose: You didn’t spend 20 minutes sneaking through undergrowth to find the weapon, so I felt far less frustrated.

Savage really does feel like a condensed version of the main maps, in almost every respect. The structure of the map is similar, with two islands off to one side and a main gameplay area. It has three military bootcamps, which are as overrun with high-quality loot as you’d expect, as well as a town on the river, a couple bigger urban areas, and the usual cluster of small farms and buildings. The topography is more pronounced, which I like: Even though all the buildings are closer together, the ridges between still silo you off, so you’re not getting sniped from someone sitting in a building a few hundred feet away. The geography also lends itself well to mid-range engagements, which lowers the value of long-range scopes and sniper rifles.

The end result is gameplay that’s noticeably faster than the normal maps, especially towards the end. You get into the final circles much faster, so positioning is a greater part of the game; reliance on vehicles is also lower, thanks to the smaller map. All in all, it feels like a good response to Fortnite, which is known for having faster and more rewarding action. You definitely lose some of the complexity of PUBG, and a big caveat is we haven’t seen how squads play just yet.

Savage is available right now on a closed test server on Steam. If you already own a copy of PUBG on Steam, head to the Map Beta page here, sign in with your Steam account, and you should be good to go. Copy the code, head over to Steam, hit the Games menu, and activate a code or product. An update was pushed live today that tweaks a few settings, and most importantly makes Squad play possible.