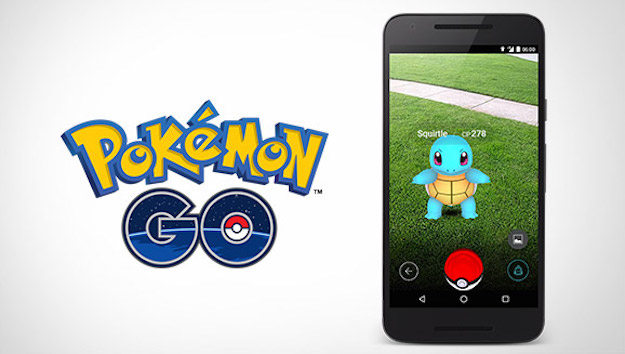 Unless you’ve been off-planet for the past few weeks, you’ve probably heard about the unrivaled popularity of Pokemon Go. No one expected the app to fail, but it’s impossible to predict this kind of success either.

In fact, even at this relatively early stage Pokemon Go is already considered to be the most popular mobile game in the history of smartphones. So what exactly does that mean, relative to other popular smartphone games?

In order to contextualize the app’s popularity, AppInstitute has created a real-time stat counter that shows exactly how Pokemon Go compares to some of the other most popular apps on the App Store and Google Play.

Since I opened the page three hours ago, AppInstitute predicts that Pokemon Go has been downloaded over 600,000 times on iOS and over 300,000 times on Android. That number is only going to grow as the app continues to be released in new countries, as it did over the weekend in Ireland, Poland and Sweden.

In terms of revenue, AppInstitute claims the app has raised over $2 million dollars in the past three hours. Although Pokemon Go is free to play, you can get items faster by paying real-world money for them.

By comparison, popular multiplayer games slither.io and Clash of Clans have raised around $500,000 a piece. Previous mobile king Candy Crush Saga has collected just $250,000 and no other games have eclipsed $200,000.

All of those numbers are extraordinarily impressive, but the most incredible stat of all might be daily time spent on the app. According to AppInstitute’s numbers, users are spending on average 10 minutes more with Pokemon Go than they are with the world’s most popular app: Facebook.

This is a bonafide phenomenon. Check out the stats here.