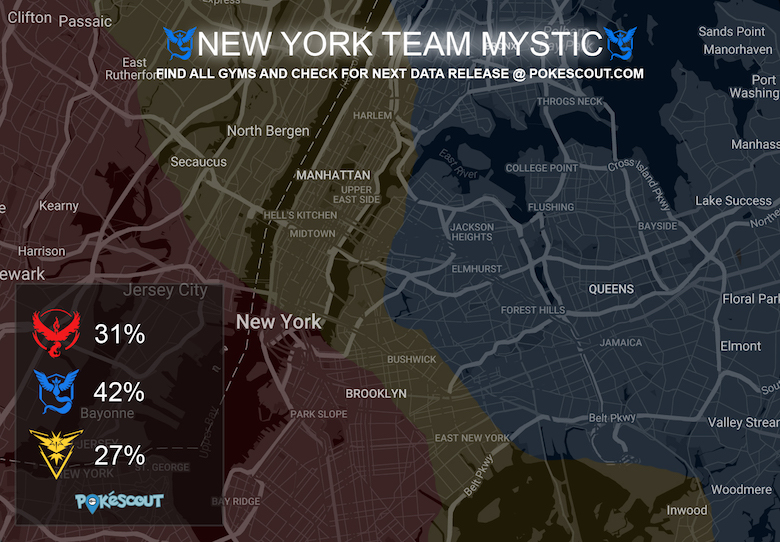 As much as Pokemon Go has consistently improved over the past month or two, there are still plenty of features that Niantic has yet to add to the game. Some of these will eventually make their way to the app, but others, like a worldwide map of PokeStops and gyms, aren’t likely to be on Niantic’s list of priorities.

Thankfully, Pokemon Go fans are dedicated to tracking and mapping virtually everything in the game, which is why invaluable resources like PokeScout exist.

As you probably realized if you clicked the link above, PokeScout is a map that displays the locations of gyms all over the country as well as the team that currently controls the gym. This way, you can find out if your team controls the gym at the park on the other side of town before you jump in your car to go do battle. You can also find out ahead of time where the gyms are located if you plan on traveling out of town.

In addition to the map, PokeScout also maintains a list of major cities that shows which team currently has the most real estate. While Team Instinct is dominating Atlanta, Team Valor has a vice grip on Los Angeles. There are dozens of cities on the list, so if you live in or around a major city, it’s probably on there.

If you can’t find a gym in your city on PokeScout, there’s a form you can fill out to tell the creators where they should add a gym. No more wandering around aimlessly, hoping to bump into a gym.