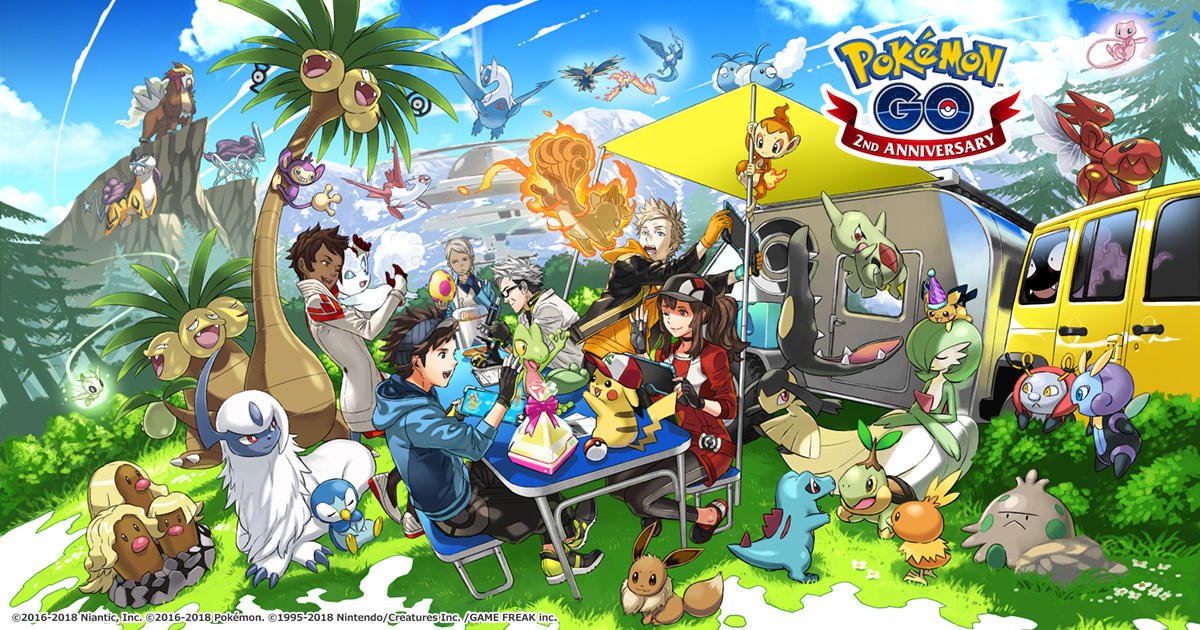 Niantic has been on a roll lately with big updates, events, and challenges in Pokemon Go, but there’s nothing more exciting for many trainers than the debut of a new generation of Pokemon. Just over seven months after unleashing monsters from the Hoenn region into the world of Pokemon Go, Niantic shared a new piece of artwork this week in celebration of the game’s second anniversary. And it just so happens to feature a fun surprise.

In addition to showcasing the game’s male and female avatars trading with one another while surrounded by common and Legendary Pokemon from Generation 3, all three of the starter Pokemon from Diamond and Pearl can be spotted in the image: Chimchar (the fiery chimp), Piplup (the blue penguin), and Turtwig (the turtle).

We have no idea when Niantic plans to add the first selection of Pokemon from the Sinnoh region to the game, but if the studio is already dropping teasers this early in the summer, it seems likely that new monsters will begin appearing in Pokemon Go before the end of the year. But no dates have been confirmed yet.

From the first Pokémon you encountered to your first #PokemonGOfriend, we've enjoyed watching all of your amazing Pokémon GO journeys unfold for the past two years. What are some of your most memorable Pokémon GO experiences? Tell us in the comments! pic.twitter.com/IAU7Bvg5uK

Beyond the Gen 4 starters, the new artwork also highlights several of the new features and creatures that have made their way into Pokemon Go over the past several months. We see Professor Willow conducting research, two trainers trading with one another, and Mew in the top-right corner from the Special Research quest.

It’s worth noting that Generation 3 is technically still rolling out, with new Alolan variants and the mythical Celebi due to arrive in the coming months. We’ll probably be waiting until closer to the end of the year for Gen 4.