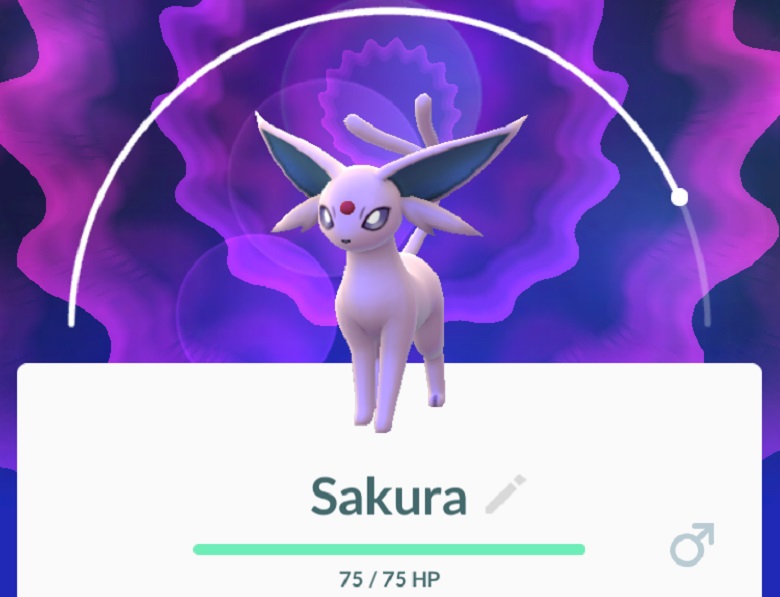 On Thursday evening, Niantic unleashed 80 new creatures into the world of Pokemon Go. Among these new creatures are two new evolutions for Eevee, which was previously capable of evolving into Flareon (Fire type), Jolteon (Electric type) and Vaporeon (Water type). The two new forms — Espeon (Psychic type) and Umbreon (Dark type) — are sure to be two of the most popular Pokemon of the update, so you’re probably wondering how you can ensure your Eevee evolves into one or the other. Thankfully, there’s a trick.

One of the first easter eggs discovered by Pokemon Go players was the ability to control Eevee’s evolution. By renaming Eevee one of the following names before evolving, you could choose the form it would take:

The same is true for Espeon and Umbreon now that the Generation 2 update has arrived, so if you have 25 Eevee candies saved up, use the following names to add the two new evolutions to your collection:

Like Pyro, Sparky and Rainer, the names Sakura and Tamao are references to the Pokemon anime series. Sakura and Tamao are two of the five Kimono sisters, and you can probably guess what their Pokemon of choice are. It’s a neat callback for long-time fans of the series and a welcome shortcut for players who want to add all of the new Johto region Pokemon to their Pokedex as quickly as possible.