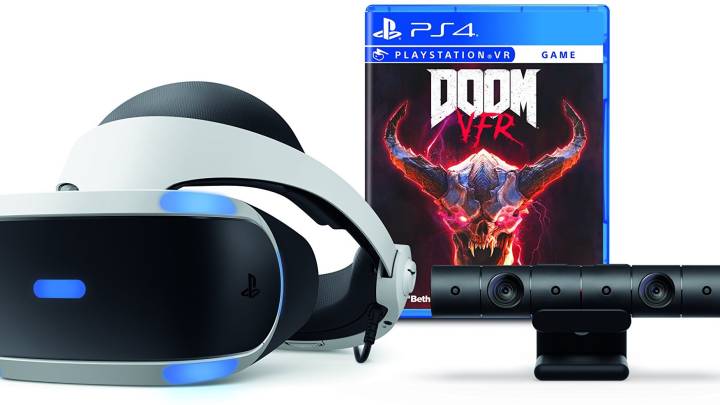 Sony has been holding temporary sales on the PlayStation VR headset and bundles regularly for months now, but on Wednesday, the company finally announced a permanent price cut. Starting this Thursday, March 29th, the cheapest PS VR bundle will sell for $299.99, which represents a $100 drop from the previous retail price.

When the price cut goes into effect this week, the Doom VFR bundle will retail for $299.99 (down from $399.99). The bundle features the PS VR headset, a PlayStation Camera, PS VR Demo Disc 2.0 and a physical copy of Doom VFR. It was already a compelling starter pack for anyone interested in VR, but it’s even better $100 cheaper.

Sony is also dropping the price of the Skyrim VR bundle from $449.99 down to $349.99. In addition to the headset, the camera and the demo disc, the Skyrim bundle also includes two PlayStation Move controllers and a copy of The Elder Scrolls V: Skyrim VR, which I found to be a great showcase for the platform.

As Sony mentions in its blog post on the price cut, there are already 220 PS VR games and experiences available for the platform in the US, with 180 more set to launch before the end of the year. Some of the highlights from that list of upcoming titles include Ark Park (from the makers of the popular survival game Ark: Survival Evolved), Crisis of the Planet of the Apes, MLB Home Run Derby VR and Rick and Morty: Virtual Rick-ality.

Remember, the prices won’t update until March 29th, but here are the Amazon pages for the two bundles:

Now let’s hope that the rest of the virtual reality world follows suit.