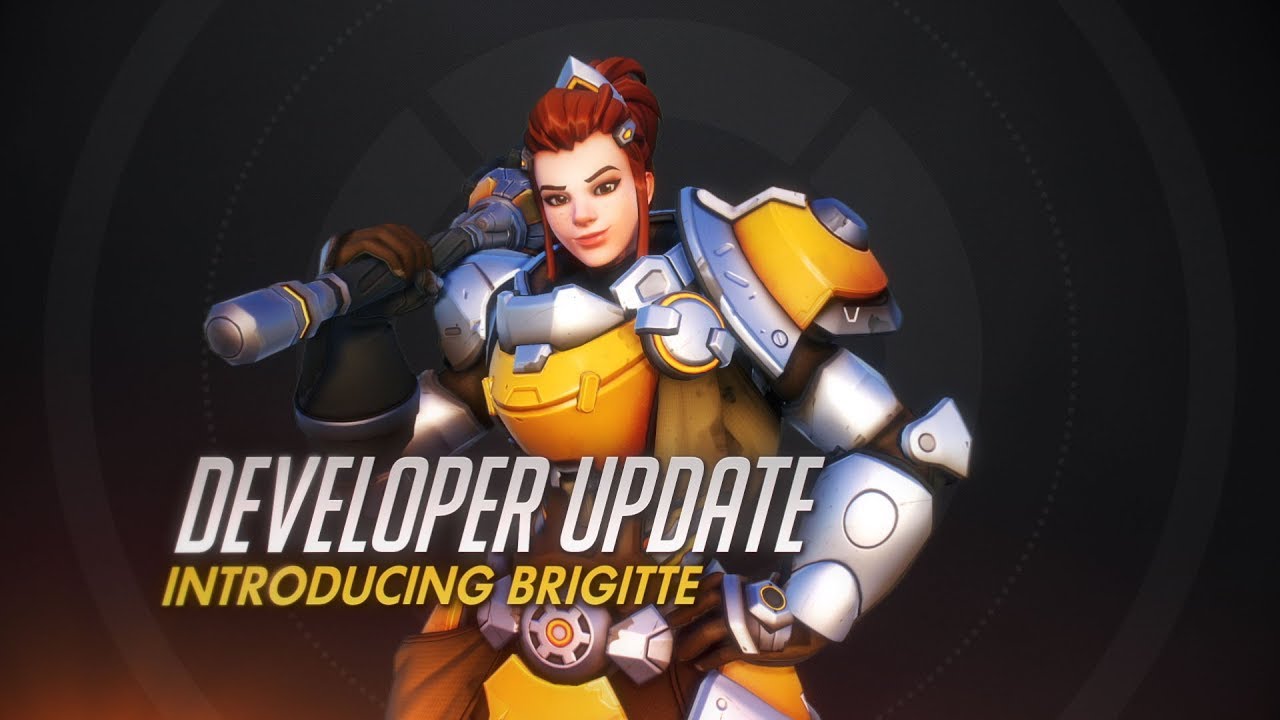 Overwatch‘s newest hero, a fiesty Swedish lady named Brigitte, just landed on the Public Test Region for everyone to mess with. Brigitte is a support/tank hybrid, and the clearest possible signal that Blizzard is listening to the complaints of players.

The game has been around for nearly two years now, and any other online shooter that doesn’t depend on monthly subscription revenue would have long since given up on regular updates. But Blizzard keeps working to keep things interesting, and more importantly to balance the game and keep it fun.

Talk to any casual players and a few consistent problems with online play will come up. There’s never enough people willing to play support heroes, because it’s fundamentally more fun to shoot other people in the head than it is to left-click on a healing stream all game. Moira, the last new hero to be introduced, changed the dynamic with a healer that’s a little more survivable and fun to play. Brigitte takes that dynamic and goes even further.

Brigitte heals allies around her every time she does damage with her primary weapon, a melee flail that works much like Reinhart’s hammer. She can also heal by throwing out a healing/armor pack targeted at a specific ally. She also has a small personal shield that works like Rein’s shield, but on a personal level. If you left-click while you’re holding the shield, you leap forwards a few steps, doing damage and stunning any enemies in your path.

Her kit helps a lot with the biggest problem support mains encounter in game, namely being dove by high-mobility characters like Tracer and Genji. Thanks to the melee weapon that has a huge hitbox and the stun ability, any DPS diving the back line should be easy to deal with. She’s also a good support for a team fight, since the area healing works well when you’re surrounded by allies.

Full patch notes for the PTR update are below:

An engineer with peerless armor-constructing abilities, Brigitte Lindholm is a valiant squire who fights on the front line to protect her allies.

Brigitte’s armor engineering capabilities make her a stalwart support hero, capable of holding her ground in combat while also providing healing and armor for her allies. Her primary weapon is her heavy-hitting Rocket Flail that she swings in a wide arc in front of her to smash multiple enemies at once. Whip Shot enables Brigitte to fling her flail forward, striking enemies at a distance and knocking them backward. With each blow, Brigitte’s passive ability, Inspire, heals nearby allies over time.

Brigitte’s Barrier Shield deploys a frontal energy barrier that can absorb a limited amount of damage and protect any allies directly behind her. Once her Barrier Shield is deployed, she can use Shield Bash to lunge forward and stun the first enemy in her path. Drawing on her engineering prowess, Brigitte can create Repair Packs to instantly heal wounded allies or provide armor to teammates at maximum health. When Brigitte is at her strongest, she can activate her ultimate ability, Rally—a galvanizing call to arms that generates a substantial amount of armor for nearby allies and increases Brigitte’s movement speed so she can lead them into battle.