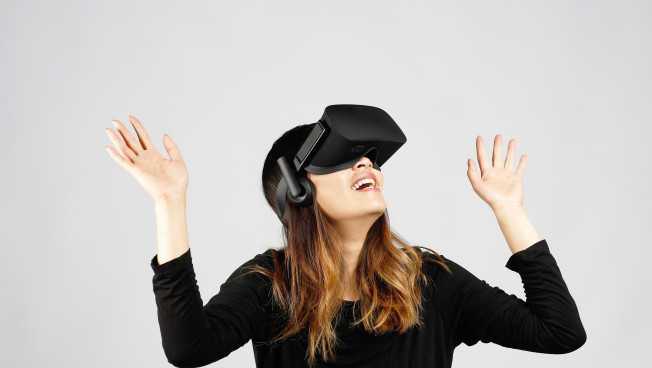 Anyone who has tried virtual reality will tell you that there’s really no way to explain it to someone who has never experienced it before. That’s why this news should excite those of you who haven’t had a chance to try it yourselves.

Starting on Saturday, May 7th, Best Buy will become the first major U.S. retailer to offer Oculus Rift in-store demos. The demos will be stationed at The Intel Experience inside 48 Best Buy stores around the country.

According to the press release, there will be two VR experiences available: Dreamdeck, which “transports you to impossible places, like the top of the tallest skyscraper or alien encounters in outer space,” and The Climb, “a game in which you can scale new heights through the thrill of (virtual) rock climbing.”

Stores with Rift demos will also have a limited quantity of Rift headsets for sale. Additionally, Oculus has announced that Microsoft and Amazon will both receive some Rift units as well, starting on May 6th at 12 p.m. EST. Oculus is still trying to catch up on preorders, so expect these headsets to sell out instantaneously.

Check this page on Best Buy’s website to find a store with a demo unit near you. You can also visit live.oculus.com to schedule a demo ahead of time.