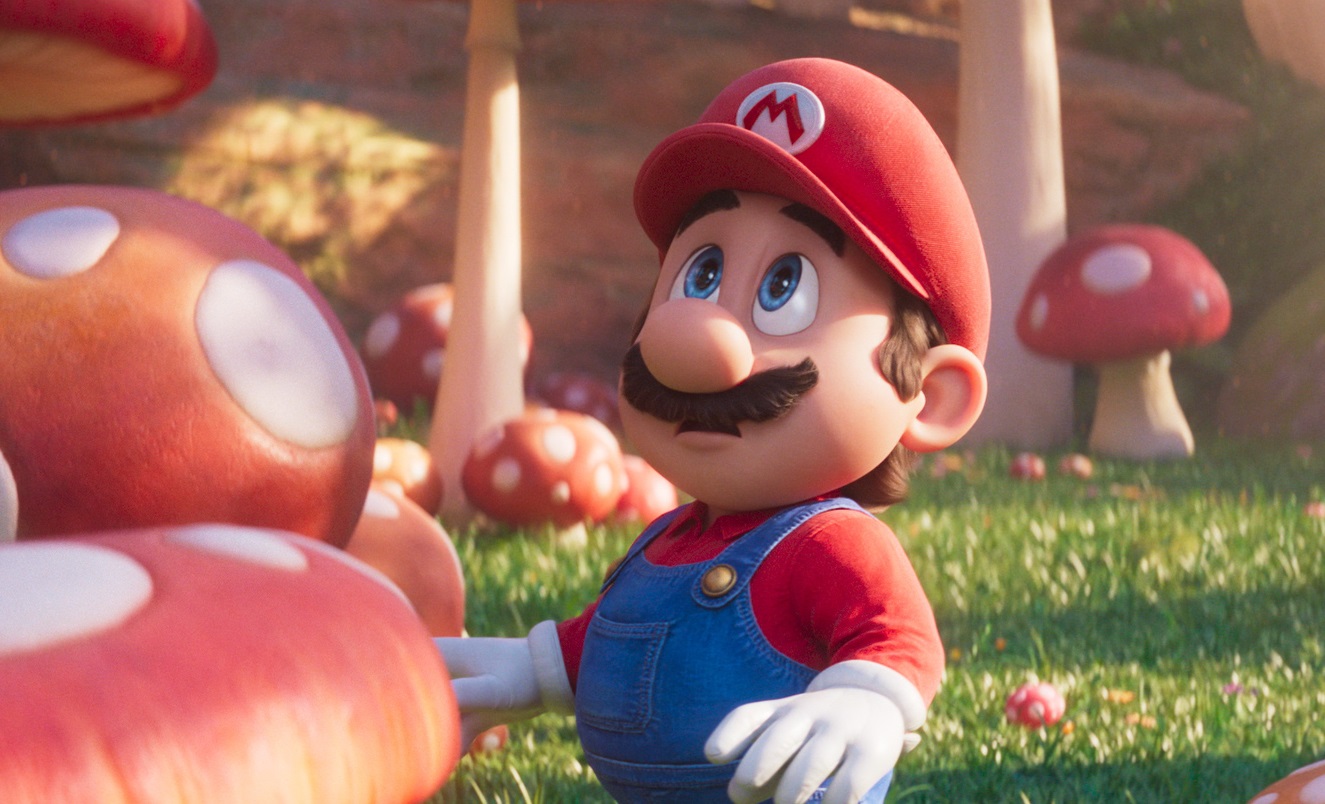 New York Comic Con might not be able to match its San Diego counterpart when it comes to the sheer number of announcements, but the Javits Center is still home to some exciting reveals every year. That’s true once again in 2022, as a number of big hitters are in attendance this weekend. Keeping up with all of the news can be tough, so we thought it might be helpful to round up all of the best trailers from NYCC 2022 right here.

The Super Mario Bros. Movie: We were skeptical when Nintendo announced that the studio behind Minions and The Secret Life of Pets was going to make an animated Mario movie. The first trailer is good enough to suppress some of that skepticism. Jack Black sounds like he’s having a blast as Bowser, the characters look like they do in the games, and Charlie Day as Luigi might be the MVP. We just need to hear more of Chris Pratt’s Mario.

Violent Night: Fresh off fighting demons in the fourth season of Stranger Things, David Harbour will play a violent Santa Claus who takes it upon himself to fend off a team of mercenaries who are threatening to ruin Christmas. We were already all the way in, but the cherry on top is John Leguizamo as the main bad guy. This can’t come soon enough.

Anne Rice’s Mayfair Witches: “Based on Anne Rice’s Lives of the Mayfair Witches, Mayfair Witches is an exploration of female power and the mortal implications of our decisions. Mayfair Witches focuses on an intuitive young neurosurgeon (Alexandra Daddario) who discovers that she is the unlikely heir to a family of witches. As she grapples with her newfound powers, she must contend with a sinister presence that has haunted her family for generations.”

His Dark Materials (Season 3): “Based on “The Amber Spyglass,” the final novel in Philip Pullman’s award-winning trilogy, in the final chapter of this epic fantasy series, Lyra (Dafne Keen), the prophesied child, and Will (Amir Wilson), the bearer of The Subtle Knife, must journey to a dark place from which no one has ever returned.  As her father’s great war against the Authority edges closer, they will learn that saving the worlds comes at a terrible price.”

The Legend of Vox Machina (Season 2): “They’re rowdy, they’re ragtag, they’re misfits turned mercenaries for hire. Vox Machina is more interested in easy money and cheap ale than actually protecting the realm. But when the kingdom is threatened by evil, this boisterous crew realizes that they are the only ones capable of restoring justice. What began as a simple payday is now the origin story behind Exandria’s newest heroes.”

The Lord of the Rings: The Rings of Power: There’s just one episode left in the first season of Amazon’s Lord of the Rings prequel series. The last two episodes have been packed with huge revelations, but based on this finale trailer, we’ll finally meet Sauron next Friday.

Velma: “VELMA is an adult animated comedy series telling the origin story of Velma Dinkley, the unsung and under appreciated brains of the Scooby-Doo Mystery Inc. gang. This original and humorous spin unmasks the complex and colorful past of one of America’s most beloved mystery solvers.”

The Wheel of Time (Season 2): Amazon’s other epic fantasy shows based on a beloved book series will return for season 2 in 2023. Amazon has yet to set a release date, but while you wait, here’s a quick sneak peek at the upcoming season.

Revenger: “As master assassin Usui Yuen looks into a series of assassinations made on the grand samurai clan, the Satsuma, he encounters Kurima Raizo, member and survivor of one of the attacks. Together, they discover the true nature of these murders is bigger than over stolen resources. As they get closer to the truth, will they come out alive to exact revenge?”

The Iceblade Sorcerer Shall Rule the World: “The Iceblade Sorcerer is hailed as the most powerful sorcerer in the world. The one who inherited this title, Ray White, struggles to deal with his own immense power. After fighting in the Far East War, his last accomplishment, he vanished from the battlefield along with a deeply scarred psyche. Three years have passed since then, and Ray has enrolled at the Arnold Academy of Magic, a school attended by elite sorcerers from around the world. Ray is the first “Ordinary” to attend this academy since it was founded, so he’s greeted by looks of scorn and contempt from its noble-born students. And now, he and the priceless friends he has found there are about to become entangled in multiple schemes. So begins the story of the most powerful sorcerer’s school life filled with both friendship and hardship.”

By the Grace of the Gods (Season 2): “Only 39 years into a life full of bad luck, Ryoma Takebayashi passes away in his sleep! Taking pity on him, three divine beings show compassion by reincarnating him as a young boy to a magical, new world. Now he spends his time researching and caring for slimes. But after healing an injured traveler, Ryoma decides to set out with his new friends on a journey to use his power to help others.”

If we see any exciting new trailers on Saturday or Sunday, we’ll add them above.