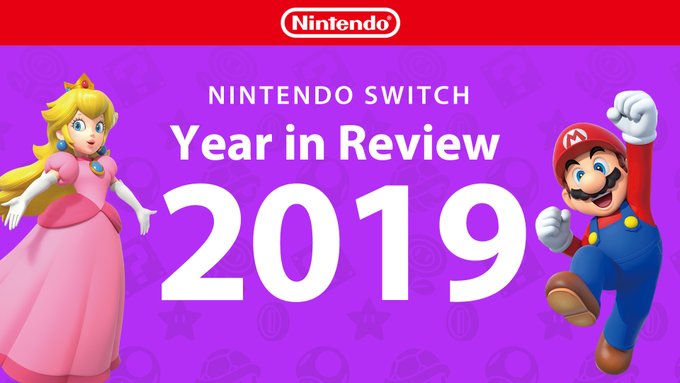 2019 was yet another solid year for the Nintendo Switch, with new entries in the Pokemon and Luigi’s Mansion series hitting the console, as well as remakes and rereleases of popular games like Link’s Awakening and Super Mario Bros. U Deluxe. Add to that all of the indie games, third-party releases, and DLC for existing games (such as Super Smash Bros. Ultimate), and it’s easy to see why the Switch is succeeding where the Wii U failed.

You likely weren’t keeping track of your gaming sessions on Switch throughout the year, but Nintendo was, and if you want to see exactly how you spent your time with the hybrid console this year, you can check a bunch of fascinating stats on Nintendo’s personalized Year in Review page (just make sure you’re logged in).

Nintendo starts with a history lesson, reminding you of when you turned on your Switch for the first time, and which game you played first. My “Nintendo Switch journey” started on March 1st, 2017 (the day the console launched) and the first game I played was apparently Breath of the Wild. Nintendo then shows you your top five games of 2019, and I was unsurprised to see Super Smash Bros. Ultimate and Cadence of Hyrule on my personal list:

Keeping scrolling and Nintendo will break down your gaming stats even further, letting you know exactly how much time you spent playing games on your Switch, how many games you played over the course of the year, and it even breaks down how many hours you spent each month of the year with your Switch.

It’s as much of a commercial for other products as it is a celebration of your year in gaming, but it’s a fun distraction and, who knows, it might remind you that you should go back and finish a game you started in May.