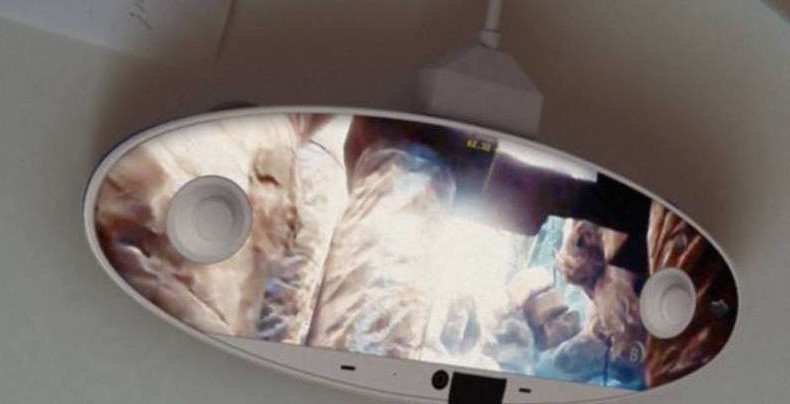 Nintendo has been predictably tight-lipped about its upcoming console, codenamed NX, but a leaked image from gaming site Dual Pixels on Thursday might have given us our first look at the console’s controller.

A blurry leak wouldn’t normally garner this much attention, but as Dual Pixels points out, the design appears to follow a Nintendo patent published in December to a T, giving the leak more credence than it might have otherwise.

The patent describes an elliptical controller with a display and touch panel, similar to the Wii U GamePad. Although there is no direct mention of the NX in the patent, it wouldn’t be surprising to see Nintendo innovate once again with the release of a new console. After all, if the company is going to compete with Sony and Microsoft this generation, it’s going to have to do something to stand out.

Regarding the legitimacy of the image, Destructoid went so far as to run the photo through a program that can tell if an image has been doctored in Photoshop. Based on the results, it seems likely that this is a real pic. That said, you should still take the leak with a huge grain of salt until someone can provide some corroboration.