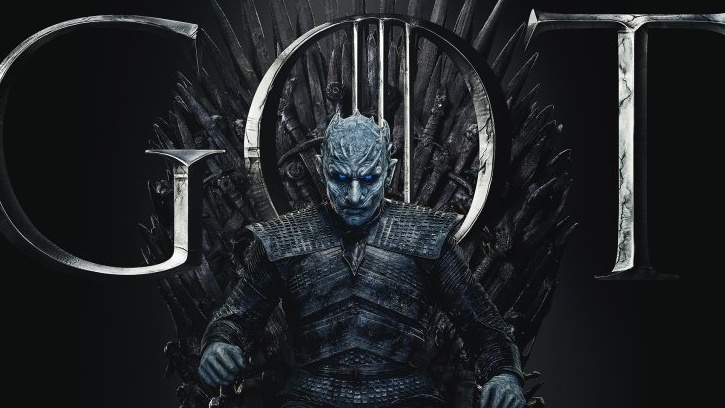 This is the kind of thing that may get Game of Thrones fans more excited than most of the other interviews that cast members have given, in which they’ve shared their feelings about the final season and talked about how emotional it’s been (without sharing really anything in the way of detail, of course).

The actor who plays the Night King in the series has just given a rare interview, and it’s definitely got us on a whole new level of excited. For example, take this answer he gives, when asked what his all-time favorite Night King scene has been: “That’s still coming.”

Entertainment Weekly caught up with Slovak actor and stuntman Vladimir Furdik, who’s played the menacing undead monarch since Season 6. Vladimir has actually in the past played one of the White Walkers — in fact, in Season 5 he portrayed the White Walker who fought Jon Snow in the Hardhome episode. The first time Jon Snow killed one of the creatures? That was Vladimir.

Showrunners David Benioff and D.B. Weiss asked Vladimir to take on the role of the Night King himself after that, from that point all the way to the end of the series. One of the acting challenges he confesses that’s a little difficult is not blinking — the showrunners want the king portrayed as cold and ruthless, and blinking would of course seem to add a little bit of a human element to him.

This is the answer Vladimir gave when asked what the Night King has in store for fans during the upcoming eighth and final season of GoT, which premieres on April 14:

People will see he has a target he wants to kill, and you will find out who that is. There’s also that moment [in “Hardhome”] when Jon Snow was on the boat and the Night King looked at him and raised his arms — there’s a similar and even stronger moment between Jon and the Night King this time.

In another answer, Vladimir also reveals a little of the Night King’s mysterious backstory. Somebody “made him” this way, and nobody knows who or what he was before this point, whether a soldier or nobleman of some kind.

“He never wanted to be the Night King. I think he wants revenge,” Vladimir tells EW. “Everybody in this story has two sides — a bad side and a good side. The Night King only has one side, a bad side.”