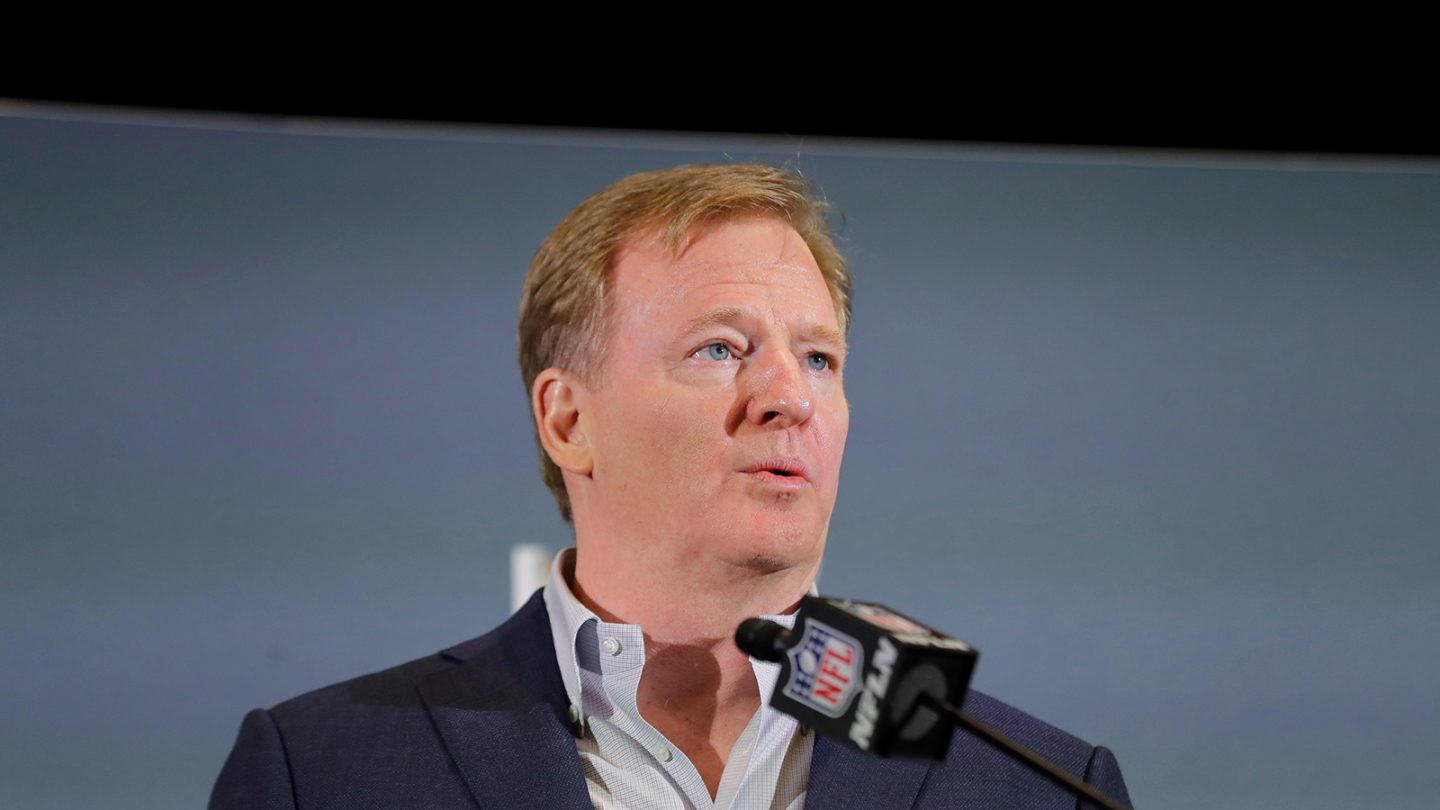 Many people were excited about the NFL draft on Thursday night, mostly because it was one of the first live sporting events we’ve actually had to enjoy in a while. Other people were tuning in because they were waiting for disaster, and not just when it comes to draft picks who baffle fans and experts.

Like many aspects of life these days, the NFL draft was completely virtual on Thursday night (and will continue to be virtual Friday and Saturday). There were reports that the dry run the NFL had the other day had glitches in the middle of picks, so there was plenty to keep an eye on when the program started at 8 PM ET on Thursday. But those who were hoping for a train wreck didn’t have much to celebrate.

I watched the feed on , which had NFL experts from and NFL Network on, one of the rare times that those two networks have shared a stream. After an introduction from NFL Commissioner Roger Goodell in his basement, you had a pre-taped national anthem from Harry Connick Jr. and a message from Director of the National Institute of Allergy and Infectious Diseases Dr. Anthony Fauci about the COVID-19 pandemic. Then, the draft was underway.

It took a few moments to set up the first pick that the Cincinnati Bengals would make, selecting LSU quarterback Joe Burrow with the #1 overall pick. The NFL’s IT team sent over 200 packages to coaches, executives, as well as 58 prospects filled with camera equipment so that they could set up feeds from inside their houses while the draft was happening. This included two iPhone 11s (courtesy of Verizon), one for video interviews and one for live streaming the surroundings in the home. They also provided them with an external boom microphone and tripod, Bose QuietComfort 20 noise-canceling headphones, and a lighting kit. So you quickly got to see Burrow and his family awaiting the pick and then being interviewed on live TV shortly after the pick.

The first hour of the draft went by without any hiccups. At 9:26 PM ET, the Cleveland Browns were on the clock and Fletcher Rollinson, a patient at St. Jude Children’s Research Hospital participated in his favorite team’s selection, and the taped feed worked just fine. Fourteen minutes later, host Trey Wingo was telling a story about Jets draft pick Mekhi Becton and the feed showed seven other analysts all staring at him and none of them commented on his story, which left for a little dead air, but nothing particularly significant.

Behind Goodell every time he was reading off a pick, the NFL had a grid of that particular team’s fans cheering live. At 9:40 PM ET, when the Las Vegas Raiders were making their first selection, multiple fans’ feeds were out and replaced with the Raiders’ logo. That happened numerous times behind Goodell throughout the night, but it wasn’t anything really noticeable.

At 9:48 PM ET, with the Tampa Bay Buccaneers trading up to make a selection, the feed cut to head coach Bruce Arians in his home. It was clear that someone was standing in his kitchen filming him, rather than having a tripod set up, as the man was visible in the glass door’s reflection. The draft featured a few surprises and a few great reactions from players’ families, including Javon Kinlaw’s father’s tumble after his son was selected 14th overall by the San Francisco 49ers.

The Dallas Cowboys were on the clock at 10:16 PM ET and the team’s new head coach, Mike McCarthy, may not be very comfortable streaming, as he was way too close to his camera for the comfort of America.

Mike McCarthy is my dad every time I try to FaceTime with him. pic.twitter.com/BPhBA20d3W

It did happen a few times where proclaimed that the pick was in and was ready to be announced, going as far as putting up the graphic it used before going to Goodell, only to have to say that it wasn’t ready and the commentators continued commentating some more. But this is stuff that has happened plenty of times throughout the history of the draft, so there wasn’t much of an ebb and flow problem during the program itself.

By the time the Super Bowl champion Kansas City Chiefs put in their selection at 12:09 AM ET, the NFL had to be extremely pleased with how well the first night ran. There were no reports that teams had trouble submitting their picks or couldn’t contact another team to make a trade. Detroit Lions general manager Bob Quinn went so far as to have an IT team parked in an RV in his driveway to make sure things ran smoothly. The NFL, being a multi-billion dollar league, likely wants to keep it that way too. We’ll see what the next six rounds bring, but so far, so good for the NFL, teams, and fans.