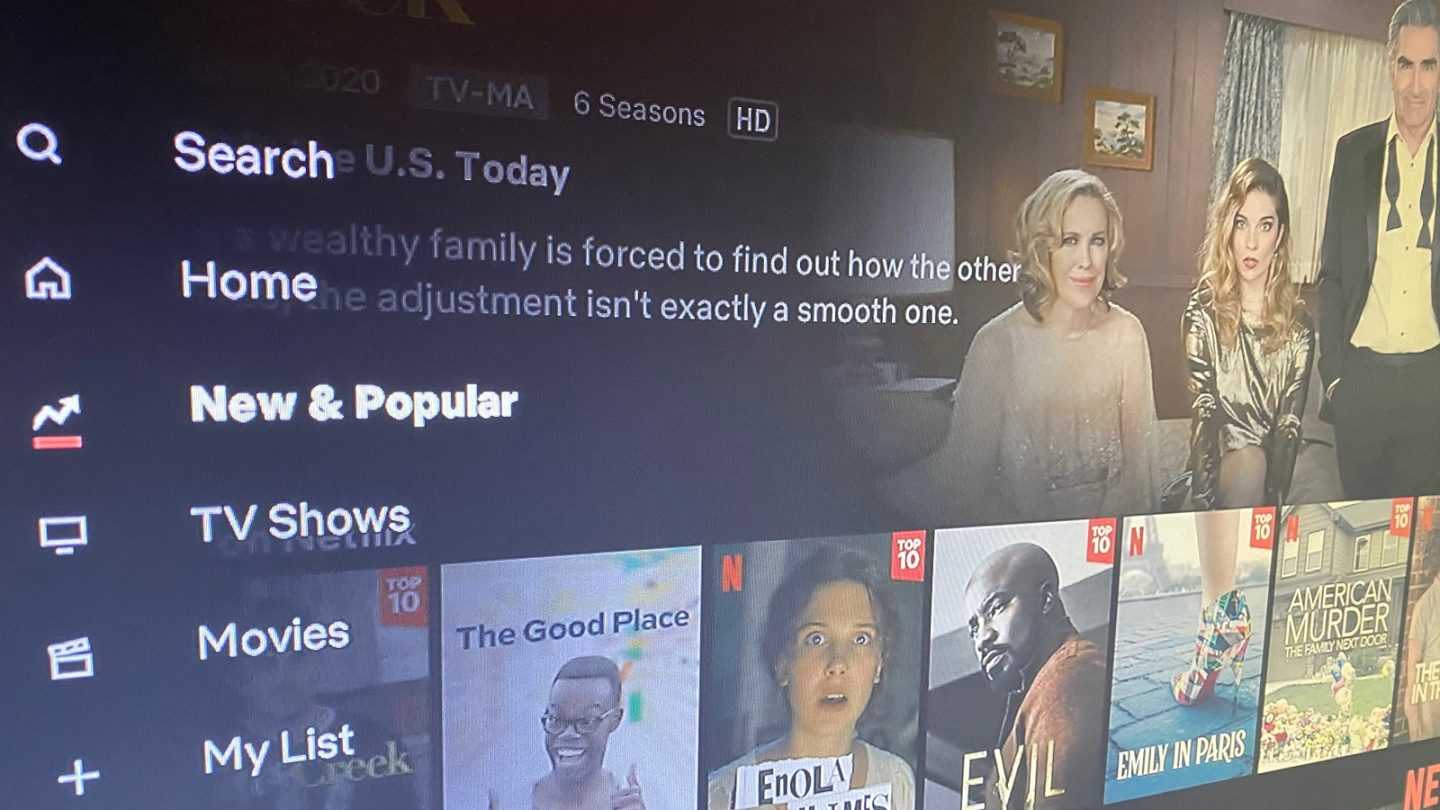 One of Netflix’s persistent problems is that unless you know exactly what you watch to watch,  you might spend hours scrolling through menus. That’s not to say that it’s hard to find content relevant to your interests, but the home screen of the app can be overwhelming. Making matter worse is the fact that Netflix has always struggled to split its content up into easily-identifiable categories, but perhaps the latest update — rolling out now — will help.

As reported by Variety on Monday, Netflix has just added a “New & Popular” tab to the Netflix app for TV. The tab has been in testing since April, but it appears that the response was positive, so now everyone should see it in the app. I loaded the app on my Roku just to check, and it was visible right away on the left side of the screen.

Netflix has never been great about showing subscribers what they have to look forward to in the weeks and months ahead, but the New & Popular tab includes five rows: New on Netflix, Top 10 in the U.S. Today, Coming This Week, Coming Next Week, and a completely new category called Worth the Wait. All of the other are fairly self-explanatory, but Worth the Wait surfaces shows, movies, and specials that are between 15 and 365 days from release. Upcoming Netflix Originals dominate the list, but there is plenty of licensed content on the row as well.

If you’re scrolling through any of the three rows highlighting unreleased content, you can just click ok or select on your remote while you are looking at something you want to watch and Netflix will set a reminder to alert you when the new show or movie is available. With dozens of titles hitting the service every week, this could be an incredibly useful tool for those who prefer to plan ahead rather than jump in and hope for the best.

As we mentioned above, this new tab is only available on connected TV devices at the moment — you won’t find it on your phone, tablet, or computer — but Netflix is planning to test it on the web at some point in 2020. As the streaming service market become increasingly crowded, it’s no surprise that Netflix wants to give subscribers incentive to stick around and keep paying the monthly fee by showing them what’s coming in the future.