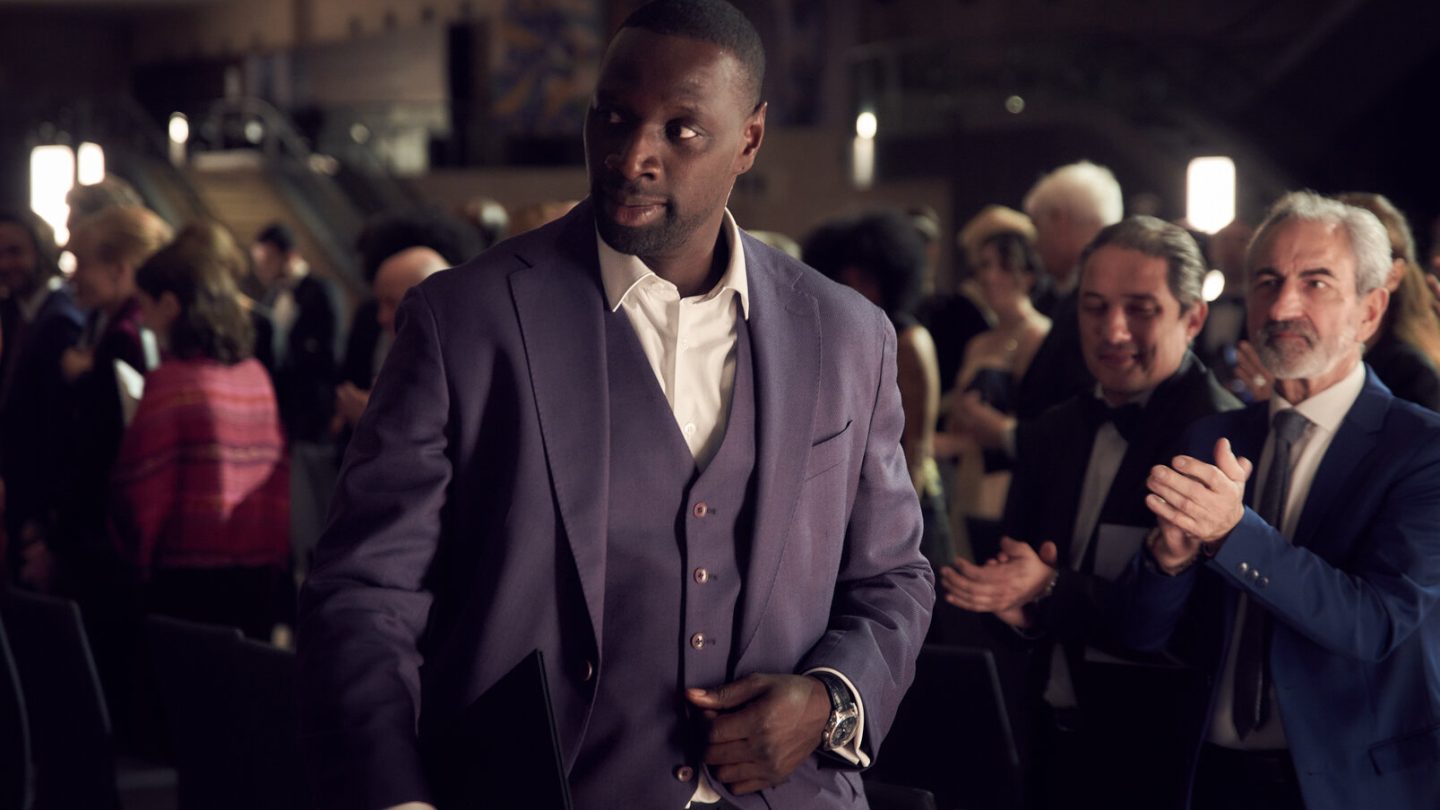 One of the most-watched shows on Netflix right now is a stylish new drama series from France, about a gentleman thief that’s on its way to besting a record just recently set by the Netflix period drama from Shondaland, Bridgerton. Lupin, released on Netflix earlier this month, is about a gentleman thief who you can picture as a kind of reverse James Bond — a suave, debonair ladies’ man-of-a-thief who is a master of disguise and of blending into any environment. He does so with considerable ease, and often in the open, right in front of the eyes of his prey. He tells one group of thugs who he lets beat him up right before he turns the tables on them: “You saw me, but you didn’t look at me,” as they then regard him in a new light, stunned at how quickly he overpowers them.

Actor Omar Sy, who plays Lupin’s main character Assane Diop (the son of an immigrant from Senegal), recently took that catchphrase into the real world, donning a coronavirus face mask which effectively hid his identity as he installed a posted for the Netflix series at the Palais Royal-Musée du Louvre metro station in Paris. Sy watched pedestrians walk by with a Lupin-esque twinkle in his eye.

The character of Lupin is actually based on that of Arsene Lupin, a fixture from historical pop culture in France — and, accordingly, the release of this new Netflix series has boosted the sales of French writer Maurice Leblanc’s novels about the character of Lupin, similar to the way Netflix’s The Queen’s Gambit sent the sale of chess sets soaring.

TV Time is already predicting that Lupin is Netflix’s Next Big Thing, when it comes to international hit series. And in the new quarterly letter to shareholders that Netflix released on Tuesday, the streamer quantified Lupin’s massive success thus: “Lupin, an adrenalin-filled French language heist series released in early January, has hit #2 in our US Top 10 list and ranked #1 in dozens of other countries including Brazil, Argentina, Germany, Italy, Spain, Poland, Vietnam, the Philippines and many more.

“We project 70m members households will choose to watch Lupin in its first 28 days of release.”

For comparison, Bridgerton racked up 68 million views over the equivalent 28-day period following its own release. Lupin, meanwhile, is also the perfect binge, at just five episodes long — and fans won’t have to wait long to see what other adventures the thief gets himself caught up in.

Reportedly, season 2 of this series — which has garnered a strong showing thus far among critics and fans on Rotten Tomatoes — is coming to Netflix at an unspecified date later this year. Fantastique, oui?