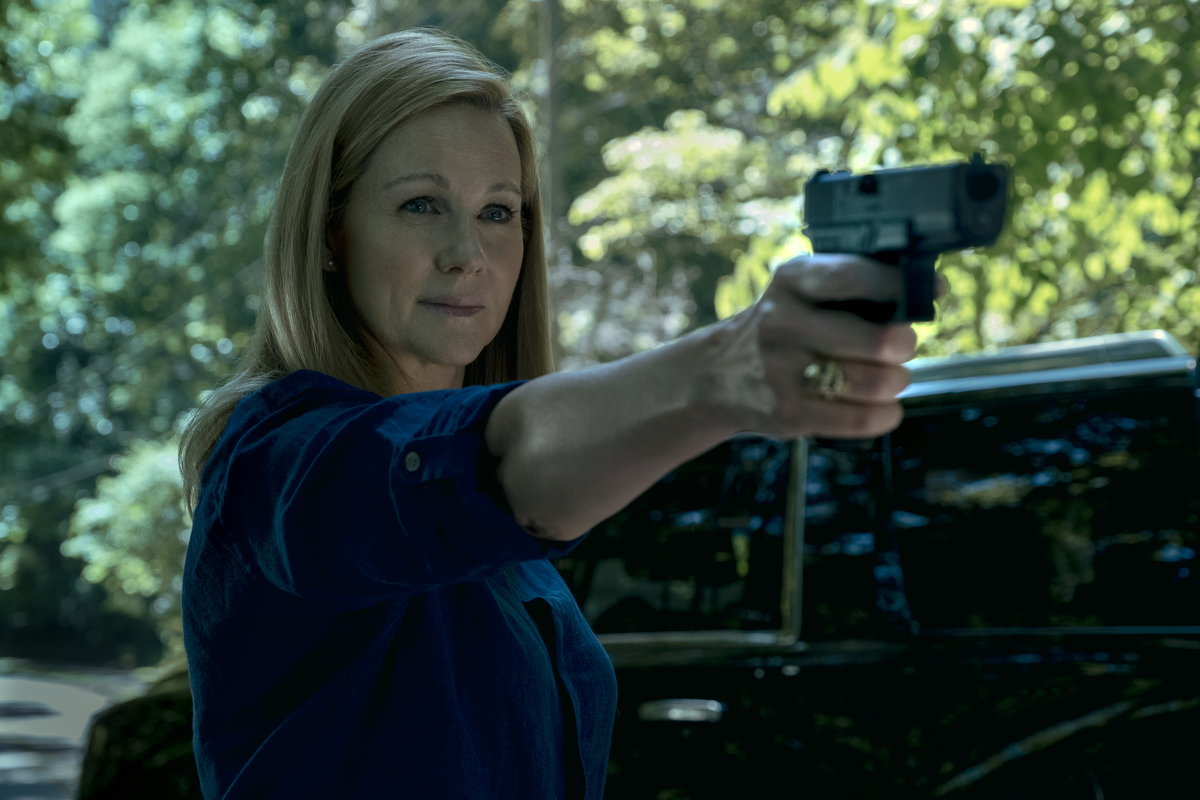 When we last left Marty and Wendy Byrde, the money-laundering masterminds and American partners of a Mexican drug cartel in Netflix’s buzzy, super-addictive original series Ozark, cartel boss Omar Navarro had both Wendy and Marty locked in an embrace. His back was to the camera, while the Byrdes’ blood-splattered faces stare in mute horror at the off-screen body of the cartel’s American lawyer. She’d just been shot to death, and the shock of that final image before Ozark Season 3 faded to black was a perfect encapsulation of how this series (starring Jason Bateman as a shady accountant-turned-casino owner working with a drug cartel) has become a kind of Breaking Bad 2.0.

This series, one of the most-watched shows on Netflix, has it all — a storyline that’s propelled along by the machinations of a family (the Byrdes) who essentially break bad; abundant violence, shootouts, and menace to keep you on the edge of your seat; flawed lead characters that you care about; and a protagonist in the form of Bateman’s Byrde who, while he might not have the sinister edge of Walter White, will nevertheless still go down as one of the most interesting, fully-realized TV characters of this decade. And the series — for which Season 4 is in production now — is in fact so good that it achieved an impressive distinction in 2020.

According to data from the Nielsen research firm, per The Hollywood Reporter, Ozark was the most-watched Netflix original series last year, when we were all hunkered down at home as a result of the coronavirus pandemic and trying to fill our newfound free time with entertainment content.

The Nielsen data shows that Netflix subscribers watched a mind-boggling 30.46 billion minutes, in aggregate, of Ozark, which dropped its third season early last year. Hopefully, we’ll get the fourth and final season sometimes this year — and, by the way, about the forthcoming final season, showrunner Chris Mundy recently shared this intriguing tidbit in an interview:

“And that’s not been the intention from the beginning.”

Does that mean that Marty, somehow, is going to make it out alive and successfully extricate himself from the cartel, the FBI that’s on his trail, and from any local casino drama that might now be, no pun intended, in the cards? Thankfully, Netflix doesn’t seem like it will make us wait much longer for that answer.