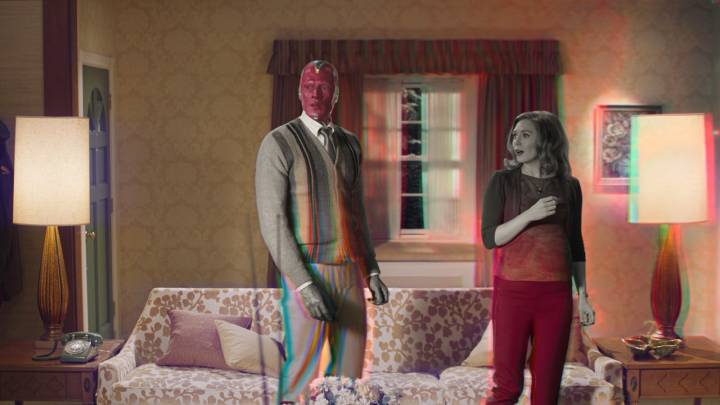 Before the novel coronavirus pandemic altered daily life on Earth, Marvel was supposed to release a flurry of movies and TV shows from the fourth phase of its iconic cinematic universe in 2020. Black Widow (May), The Falcon and the Winter Soldier (August), The Eternals (November), and WandaVision (late 2020) should have all premiered this year in theaters and on Disney+. MCU Phase 4 is the first set of Marvel adventures that includes a significant number of limited TV series. All of them will tie into the movies, helping Marvel offer more nuance and background for several superheroes, villains, and events — and helping Disney rake in even more money.

But the health crisis closed theaters and forced studios to postpone productions. As it stands, Black Widow is expected to launch in November, but word on the street is that Disney might delay it yet again. As for the TV shows, Disney confirmed a few days ago that WandaVision will hit Disney+ this year, but didn’t reveal an actual release date. Disney went one step further during the Emmys on Sunday, showing the first full trailer for the show.

As I explained before, WandaVision is easily the most exciting MCU TV show of the bunch. The series will not just bring Vision back after the superhero’s death in Infinity War, but also offer us a much different version of Wanda. The young woman will have to deal with all the losses from the past few years, including Vision, her brother, and some of her closest friends. Add to that everything Wanda experienced since getting her powers, and you end up with an incredibly powerful being who may be on the verge of a mental breakdown.

Rumors say that WandaVision will explore that. Wanda will experience her would-be life with Vision in a universe of her creation which will include their children, Speed and Wiccan, who are rumored to be part of a future Young Avengers project. Marvel has also confirmed that Wanda will appear in Doctor Strange in the Multiverse of Madness, and several reports have said Scarlet Witch will actually be the villain of that film.

Finally, WandaVision will introduce SWORD, the replacement for SHIELD that was already teased in the post-credits scenes of Spider-Man: Far From Home. And adult Monica Rambeau will be a SWORD agent. We know all of this already, as we have seen several photos from the set of WandaVision that confirmed it.

This brings us to the first full trailer for WandaVision that aired the other night. Disney teased the show earlier this year and last week, but this is the first trailer to feature longer scenes from the series.

In the short 81-second clip, we see the rumored sitcom aspect of Wanda’s (Elizabeth Olsen) faux-life with Vision (Paul Bettany). We see their twins, and we’re also introduced to one of the purported villains of the show, Agatha Harkness (Kathryn Hahn). SWORD and Monica Rambeau (Teyonah Parris) are both confirmed as well, and it’s pretty clear from the trailer that Wanda is living inside some alternate reality of her own creation.

Fans have noticed a bottle in the clip with the words “Maison du Mépris” on it, and House of M went viral on Twitter as a result. That’s one of the comic book series that Marvel may have used as inspiration for WandaVision. Wanda experiences a mental breakdown in the comic series, and it has long been rumored that House of M would serve as inspiration for the TV series. Assuming all of that is true, WandaVision could usher in the era of mutants in the MCU, although we have no idea how faithful to House of M the TV show will be.

WandaVision will also be based on the Vision Quest story, according to a previous leak. Wanda will essentially try to bring Vision back from the dead, although we might not get the same Vision we remember.

We’ll have to wait for Disney to release the TV show to see if any of those rumors come true. But Disney did not say when the series would premiere on its streaming service. The Mandalorian season 2 launches in late October, so we’ll probably have to wait for it to run its course before WandaVision premieres. The full trailer follows below.